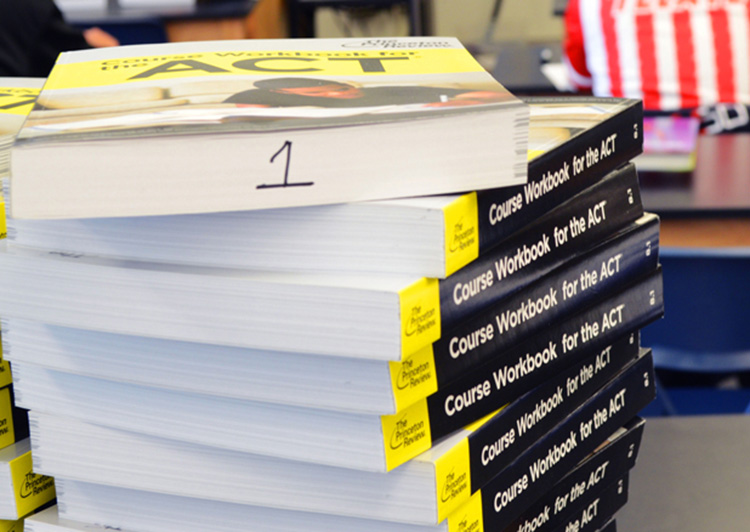 As the ACT approaches, juniors prepare by attending ACT Prep after school.

Every year across the nation, a new set of juniors begin to prepare for the American College Test, most commonly known as the ACT, that will take place on April 26. The ACT is important for a student’s career and future overall. Higher scores on the ACT open more opportunities for students in scholarships and acceptances from colleges. “On average ACT prep improves scores by two points. This is the difference between the minimum accepted score at a community college and a four year state university,” said the lead teacher of ACT prep, Corielyn Cummins. It is for this reason that juniors are encouraged to participate in ACT preparatory courses.

For more than six years, juniors have attended ACT Prep, beginning in mid to late October and extending to the week before the ACT. In past years, ACT Prep started at the beginning of the second semester; however, in recent years, classes started as early as the middle of the first semester. Earlier this year, the juniors took a mock ACT exam to prepare them for the actual test and show them what sort of material to cover. The administrators decided that after they received the results of the mock exam, they would group the students based on their weaker spots and work more in depth on those areas in order to make the ACT prep more efficient and effective. Assistant principal Mike Christoff explained the school’s goal for the ACT this year stating, “Our school-wide overall average last year was 19.4. Our goal this year is a 23. I think we can do it because of our bright group of juniors this year.”

Although ACT Prep has just begun, students are beginning to feel even more prepared and excited to receive more help over the course of the year. Junior Morgan Hinton-Moreno explained, “I’m definitely nervous for the test but I feel like ACT Prep will give me helpful advice on completing the test as well as help me get a good score.”

Every year TJ school hopes to improve in any form, and ACT scores are no exception. ACT Prep is hoping to improve the students’ chances of getting into the college of their choice and also to make the school improve as a whole. So far, TJ’s juniors have exceeded in preparing for the ACT, and TJ hopes to see ACT Prep help students advance in more ways than they can imagine.