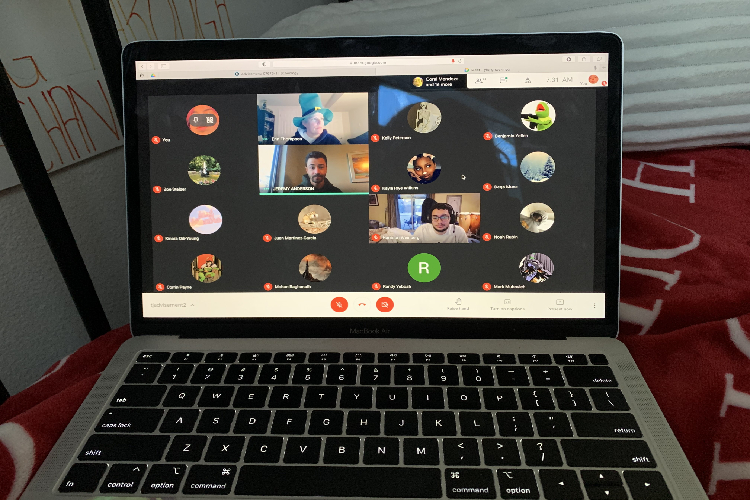 TJ has offered more resources and opportunities through the new advisement class.

When schedules were released back in August, a multitude of students were highly confused as to what advisement was. They did not understand why it was a requirement, why it was so early in the day, and what it would ultimately include. However, the glorious administration and counselors have the students’ success in mind and are here to make advisement as beneficial as possible during remote learning.

The creation of advisement was prompted by the district’s suggestion that schools offer more social and emotional learning for remote learning so students would not feel as isolated. Many of TJ’s counselors, including Maggie Kennedy, want to make sure that students know that there are multiple resources available, not only for social and emotional learning but also academics, such as ICAP (Individual Career and Academic Plan), which is a graduation requirement. Kennedy and others have worked on trying to reach out to students through teaching coping strategies and healthy ways to manage stress, even allowing students to give their input on how the time in advisement should be spent. Earlier this semester, many students came forward about instances when they had been sexually harassed and assaulted; a majority of students decided they wanted to learn more about creating an atmosphere of consent. TJ approached this by having guest speakers from the End Violence Project and having an expert panel where students led the discussion with questions they had. Also, advisement had some guest speakers to discuss LGBTQ+ community resources. Kennedy and many others just want students to understand that there are a plethora of resources available.

However, there are quite a few constraints to the class. First off, the counseling team does acknowledge that it is hard to attend a class at 7:30 in the morning one day of the week. They put it early in the morning to accommodate most of the students, considering people may have other priorities in the afternoon. However, this tactic may not be the best situation. Senior Madelyn Staples claimed, “I haven’t been getting enough sleep and a lot of high school students don’t get enough rest and this class that’s earlier in the morning is too tedious. I think this advisement would be better if it was on Friday where there isn’t as much stress going around and the students can get more sleep.”

The next limiting factor is the length of the class. It is hard to fit everything in only a twenty-five minute class period. Kennedy mentioned, “One piece that has been hard is that because we only have one or two teachers a week and ideally one or two hundred kids, depending on the class of who shows up––especially as we don’t know what next semester looks like and how we will be able to return to school.” There isn’t just one teacher with fifteen or twenty students in a classroom, but they are going through trials and errors to make the class more appealing.

Aside from the minor inconveniences, advisement has proven beneficial to many students who attend the sessions. Currently, Kennedy, alongside the other counselors, is working on mental health resources, which is needed now more than ever as finals will be coming up shortly. Junior, Coral Mendoza stated, “It’s a good class and it would’ve been helpful as a freshman.” Even though she can not attend the class due to having to work in the morning whilst advisement takes place, she still believes that it is a helpful class and would suggest keeping it around for future classes. Additionally, the counselors are currently working on a pitch to keep advisement at TJ. They would like to hear the positive impact advisement has had on students. Regardless, the administration, staff, and counselors at TJ are here to help students with anything they might need.