Bringing Down the Hammel 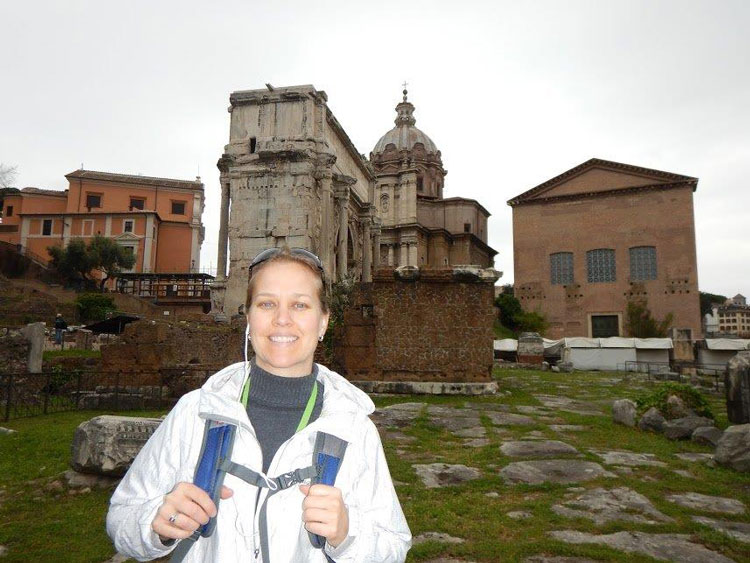 Paula Hammel, a member of TJ’s administration and a fairly new face to TJ, is helping teachers and students around the school by creating a well-rounded environment through her disciplinary actions, as well as offering support in certain areas of curriculum. The addition of Hammel to the TJ family has brought even more structure to the school and has uplifted TJ’s appearance to students and parents outside of TJ and DPS.

Hammel was born and raised in Lakewood, Colorado, and has lived here for her whole life. She first attended Metropolitan State University (Metropolitan State College at the time) and received a degree in the field of Special Education. She chose this degree because she enjoyed working through behavioral issues with students, and this degree was necessary in order for her to pursue this career. Hammel then received her master’s degree in Administration from the University of Colorado at Denver in 2010. Hammel has put these skills to good use, overseeing the Special Education and Science departments at TJ. Additionally, Hammel assists TJ’s Dean Mike Laurita with disciplinary actions. Not only does she work in these departments, she assists students who are struggling in their classes, helping them with attendance issues as well as social and emotional issues.

Hammel came to TJ two years ago, and although she is a relatively new face, she has worked in many different educational settings. Before TJ, Hammel taught at a parochial school in Westminster and then proceeded to teach English and Civics in Bulgaria in 1995-96; a close friend was opening an American school for students who were unable to attend other Bulgarian schools due to their nationality. Following this experience, Hammel decided to pursue a profession as an emergency medical technician (EMT) in 1998, and worked at a construction site in downtown Denver. Hammel described, “I was disheartened as a teacher with the educational system, and my next interest was in emergency medicine.” She worked as an EMT for six months, and then became a 911 dispatcher in Denver for three years.

Hammel then took a summer off to think about what she truly wanted to do which would be most enjoyable to her. She reminisced on her time in Bulgaria and decided to jump back into teaching, explaining that she enjoyed watching students grow and figure out what their purposes are in life. For five years, Hammel worked in a residential setting, teaching and working as an educational coordinator, helping boys from the Department of Youth Corrections to transition to a larger environment. She taught at the residential facility from 2005 to 2010, and was then hired by Denver Public Schools in January of 2010 to create a transitional program for students entering high school out of corrections facilities. She and her colleagues taught students in social skills classes, as well as regular required classes, adopting their curriculum from Denver Online High School. Hammel helped these students transition from a small environment to a large high school. She continued to follow her passion in teaching, moving to TJ in August of 2014. Hammel described her transition from these previous jobs to working at TJ as overwhelming, stating, “I was used to a population of 200 students and coming into a school of 1100 was a bit daunting to me.”

When Hammel first made the decision to switch jobs, she looked into different schools that she recognized as outstanding, and TJ was one of the few. “I went on the website and researched the culture of the school, and I saw that there was rigor and expectations, but I also saw the end of the year barbecue and thought that it seemed like a lot of fun and thought that the school had a good balance,” said Hammel. Since working at TJ, Hammel has learned a lot from the staff and the students about how to better her position and career. She’s learned from the teachers about professionalism and about structure, expectations, and management. Hammel has also learned about how students can discover their fervor in life and follow it. “TJ students are really good at having that internal drive, and I like how that can happen,” said Hammel. She described these students’ abilities to house their passions as one of her favorite parts about the TJ community.

Since Hammel started working at TJ, students have acknowledged her presence and her authority around the school. Sophomore Avery Hericks explained, “Ms. Hammel is very nice and supportive. I always see her in the hallways making sure students are following the expectations of the school.” Students have noticed Hammel’s reiteration of principal Suzanne Morris-Sherer’s rules, which have made and are continually making TJ a better school, switching from yellow to green status last year on the School Performance Framework (SPF) in DPS. Hericks also explained, “Ms. Hammel has a lot of pride and high expectations of the school, therefore she helps the school function to its fullest.” Sophomore at Thomas Jefferson Chloe Bartels added, “Ms. Hammel helps the students know their responsibilities and keeps the environment safe.”

Outside of work, Hammel enjoys taking advantage of the Colorado environment. She likes to hike and snowshoe, and also enjoys watching good movies and spending time with her family. Hammel also described her love for travel and learning about different cultures, describing, “I am passionate about this because travel changed how I viewed myself and my world view when I was younger. It was something that helped me see beyond my own world.” Since Hammel was a child, she has been enveloped in different cultures from around the world. When she was a teenager, individuals from Ethiopia lived with her grandparents, and from that, she learned how to cook different foods and discovered new cultures. Hammel has traveled to many places across Europe: England, Greece, Spain, and Hungary among others. Hammel was in Bulgaria as the anti-Communist movement began and when the Socialist Party was in power, which impacted her view on diverse cultures and societies, and captured her interest on the history of Bulgaria, as well as other countries. After spending time in Iceland, Hammel explained, “I enjoyed the history and the country as well as the people.”

Since Hammel has worked at TJ, she has made a noticeably large impact on the teachers and students at TJ. The students and teachers have also made an impact on Hammel, allowing her to reach her full potential in her career and allowing her to work hard for her job and for the school.