Come One, Come All, DenverArt is On! 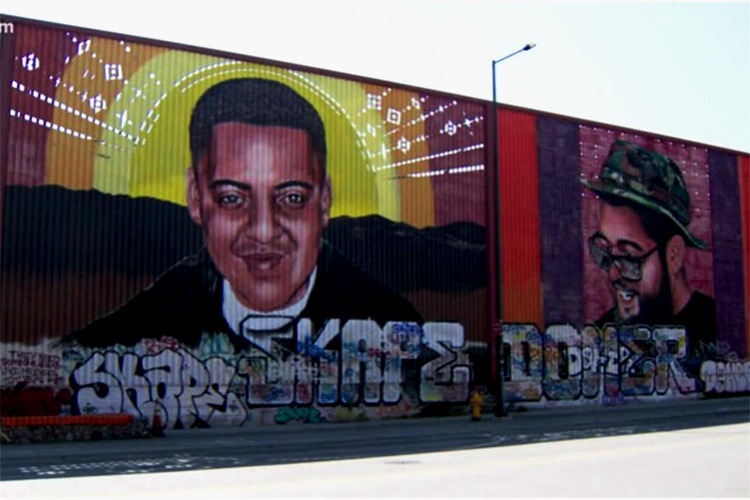 After a global pandemic and every day seeming like the one before, Denver’s streets are as crowded as ever. From natural reserves, restaurants, apple orchards, amusement parks, museums, and theaters, the Mile High City offers something for everyone. In this spiral of fun and bustle, Denver’s street art has become one of the more eye-catching attractions.

According to the local news source Westword, after an incredible proliferation of more than 100 new street art creations, Denver’s residents have been enjoying thought-provoking murals, surrealistic scenes, dazzling paintings, and inviting graffiti. There has been a striking color explosion around the city.

Among these pieces is Denver’s largest mural, a tribute to the River North neighborhood. It was created over a three year span by the local artist known as Gamma Gallery. Every single piece of the mural was painted from top to bottom by him, and the use of corrugated metal promises a new surprise for each visitor. The 400 feet wide and 36 feet tall piece honors local graffiti artists that passed away and has helped establish the area’s reputation in the artistic world.

The origins of graffiti art start in the 1970s in New York and spread throughout the nation in the following  decades. Young artists began to spray paint and use other materials to create pictures, photos, initials, and markings on the sides of buildings or subway trains. The pieces could range from graphic images known as “wildstyle” to the stylized monogram known as “tag.”

“Graffiti is personal,” Leonard Fox, an art teacher at Thomas Jefferson High School, stated. “When it began, it was about each artist: what they thought, what they felt, what they believed. It was about their tag and about the thrill of not getting caught.”

The response to graffiti art was negative at first. For many years, graffiti art was stigmatized and seen as vandalism, destruction of private property, and the work of bandits, vandals, and thugs. It is still an art rarely seen in museums; however, renowned names in Denver’s art scene, such as Shawn Huckins, have incorporated tags or graphic motifs into their paintings.

“There was – and is – a long way to go through before becoming a legitimate graffiti artist,” Fox remarked. “That was one of the biggest factors separating each type of artist. Graffiti artists would set up a reputation for themselves through sanctioned and unsanctioned pieces, while street artists would look for more traditional paths.”

It was the drive to form an antithesis to the prevailing societal context characteristic of graffiti art, the same drive that impulsed the first street artists at the beginning of the 21st century. This same energy and the characteristic of being in public locations are some of the reasons why street art and graffiti art are usually terms used interchangeably. In some artistic circles, both art movements are subdivisions of each other.

However, street art covers a wider range of media and is more connected with graphic design. Graffiti in modern times revolves around the text-based subject matter, ‘tagging,’ and the notions of self or community. However, there are no rules in street art. Street artists like locals Sandi Calistro and Robyn France enjoy the freedom of working in public spaces without worrying about what people may think. The pieces, usually murals or sculptures, have to impactfully change their surroundings. Street art is about the beautiful chaotic transformation of social reality. Common materials and techniques include fly-posting (also known as wheat-pasting), stenciling, stickers, freehand drawing, and projecting videos.

“Murals and graffiti are both about uplighting and beautifying neighborhoods and communities,” Fox explained with a smile. “But graffiti is usually the work of the people that grew up there. It is ‘the pride of the neighborhood.’ Street artists, on the other hand, do mostly commissioned work. It is a big connection between socioeconomic status too.”

Denver’s largest mural features artists that set up the reputation of RiNo with hip concert venues in revamped industrial buildings and contemporary art galleries. They were the graffiti predecessors for street and graffiti artists such as Gamma, Shawn Huckins, Robyn Frances, and Sandi Calistro. The mural pays tribute to Bits, Ikon, Skape, Doer, and Preach, the artists that gave Gamma the opportunity to enter the graffiti and street art world. They made it their job to uplift and beautify RiNo, and today Denver’s citizens make sure to remember why they were important.

“Art is about people. You take a bunch of kids and paint a basketball court that used to be trashy and people will stop littering. People will start caring and taking pride in the work because it was something their kids or friends or family did. It makes people care and change,” Fox highlighted. In a time when Denver is on its way to becoming an art capital of the nation, it is important to remember why it happened and who made it possible. It was for the people, and the people made it possible.