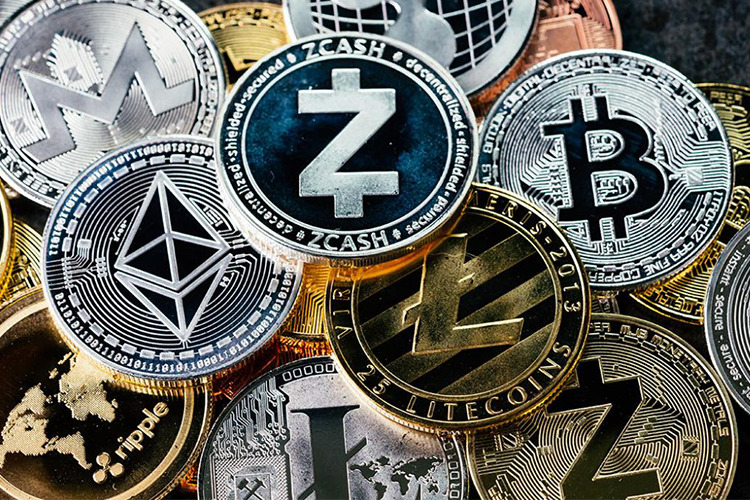 Cryptocurrencies have quickly become a popular payment method on the internet. photo by gopixa/iStock

Cryptocurrency is on the rise around the world.

Cryptocurrency is a digital and peer-to-peer based form of money used for online transactions. It started in 2009 with Bitcoin which emerged from the global financial crisis of 2007 and 2008. There are now thousands of different cryptocurrencies, though only a few are widely accepted and have a potential future. It allows for any two individuals in the world with an internet connection to make a transaction in a matter of minutes. It does not rely on a centralized bank, making it immune from bottlenecks, foreign exchange, and government interference. The transaction is also encrypted meaning the transfer of money is untraceable. As a result, millions of dollars could be transferred from one anonymous user to another with little more than an exchange fee and a waiting period of roughly 10 minutes.

Bitcoin continues to be the most popular and stable cryptocurrency in the world and is the largest by market capitalization. Reinforcing the operation, Bitcoin, as well as most other cryptocurrencies, use a technology called blockchain, which relies on individual computers around the world to keep an anonymous record of every transaction. Each computer contains a block (a set of transactions) in a chain (multiple networked computers) of information. Every time there is a new transaction on the blockchain, each computer stores a record of that transaction in their ledgers, storing data in a system called Distributed Ledger Technology (DLT). Each transaction is recorded with an unchangeable cryptographic signature, called a hash, that encrypts the data. These measures prevent bitcoins from being spent more than once, being tracked, and being stolen. They also allow bitcoins to retain their value as consistently as possible and ensure the records stored on each computer are static and identical. If hackers want to corrupt a blockchain system, they would not be able to modify individual blocks. The system would reject the new data as it would be inconsistent with the data provided by other computers on the network. Instead, hackers would need to change every block across all versions of the chain, making it nearly impossible for any records to be successfully modified.

The more complex process of Bitcoin is mining: the process of adding new bitcoins into circulation. It requires specialized software that makes a user’s computer solve an extraordinarily complex mathematical problem. While solving this problem is trivial for most computers, the process is throttled to protect Bitcoin from inflation due to fraudulent transactions. Without the added difficulty, users could give themselves unlimited currency, or bankrupt others. By combining “proof of work” with other cryptographic signatures, it limits the network to process a one-megabyte block of transactions every 10 minutes (for reference, most pictures taken from smartphones are between three and four megabytes.) This makes the process digestible by other computers in the network. By comparing the data they have, every new transaction can be vetted to determine whether it matches the output from the other machines. Whichever computer solves the math problem first is rewarded one Bitcoin for “proof of work,” and the process repeats. However, the reward is cut in half for every 210,000 blocks mined, or about every four years. With these systems, mining could theoretically continue until around 2140.

The adoption of cryptocurrencies in traditional transactions is rising but is still limited to a handful of companies. In the U.S, this includes Microsoft, AT&T, Overstock, Subway, Twitch, Amazon (through a payment tool called Purse.io), NewEgg, and AMC. Internationally, Burger King and Pizza Hut accept virtual currencies, and in El Salvador, the nation’s government made the highly controversial decision to recognize Bitcoin as legal tender starting on September 7th, 2021 (its official currency is still the American dollar.) Bitcoins have no income taxes, capital gains taxes, property taxes, or payroll taxes. The country would also finance the construction of “Bitcoin City,” a proposed bitcoin-based urban center that would be built at the base of a volcano and be powered entirely by geothermal energy. The country’s president, Nayib Bukele, made the announcement at a congress for cryptocurrency investors in Santa Maria. “It is not just a nice idea. It’s the evolution of humankind,” he said, and it would be modeled after the legendary cities built by Alexander the Great.

In the “Metaverse,” though, the concept of physical space gets thrown out the window. In virtual worlds like video games, social media, and augmented reality where users work and play, anything is possible. Here, cryptocurrencies can be used to buy and customize avatars, gameplay items, and even digital real estate such as websites. In augmented reality, where users can engage with other users in an enhanced virtual reality environment, even land can be purchased. On Decentraland, a 3D virtual world platform, a virtual 16 acre plot of land can sell for as high as roughly 24 bitcoins ($900,000 USD.)

Non-Fungible Tokens (NFTs) are another digital product that have become very popular very quickly. An NFT is a digital creation, such as art, photos, or music that can be bought, sold, and enjoyed online. While some struggle to see their value in the physical world, analysts claim they will only become more popular as people log into virtual worlds more often. As such, it is only natural that they would want to take their favorite products with them. Similar to Bitcoin, NFTs use blockchain technology that keeps a record of how many legally exist and monitors when someone tries to sell a duplicate as their own. It is theorized that the “new internet,” or the entirety of the “metaverse,” will be built off of this technology. Keeping a tighter cap on the sale of duplicates will allow creators to be compensated fairly for their work.

However, crypto will not enjoy equal recognition around the world as there are certain governments and critics skeptical of its practicality. On January 20th, Russia’s central bank proposed banning the use and mining of cryptocurrencies throughout the country, citing concerns about the nation’s financial stability, citizens’ wellbeing, and its monetary sovereignty. Russia had originally given them legal status in 2020 but prohibited their use as a means of payment, severely limiting their use domestically. The central bank expressed that cryptocurrencies have characteristics of a pyramid scheme and warned of disruptions in the market that would create financial instability. Similarly, in September of 2021, China implemented a blanket ban on all crypto transactions and mining, following up on other laws enacted over the years meant to push them out. Other countries such as Egypt, Iraq, Qatar, Oman, Morocco, Algeria, Tunisia, and Bangladesh have enacted similar bans since 2018. In the U.S, officials want to impose more regulations on cryptocurrency due to concerns about it being used for fraud and money laundering. Gary Gensler, chairman of the Securities and Exchange Commission, called crypto “the Wild West” of the online world. Former secretary of state and former Democratic presidential candidate Hilary Clinton also warned about the use of cryptocurrencies at the Bloomberg New Economy Forum in Singapore on November 18th, 2021. “What looks like a very interesting and somewhat exotic effort to literally mine new coins in order to trade with them has the potential for undermining currencies, for undermining the role of the dollar as the reserve currency, for destabilizing nations, perhaps starting with small ones but going much larger.”

In El Salvador, many analysts say that a project such as Bitcoin City is still years away. Among the critics is José Miguel Cruz, the director of research at the Kimberly Green Latin American and Caribbean Center at Florida International University, who said, “El Salvador has the natural resources to generate that energy, but it does not have the infrastructure. We must remember that we are one of the poorest countries in the region. That money could be invested in healthcare and education.” Many have also focused on the proposal of billion-dollar “volcano bonds” to finance the project which would run at 6.5 percent interest for 10 years. However, the International Monetary Fund, which would provide them, warned that the country’s public debt, even without the loan, could grow to 95% of its gross domestic product by 2026. And several months after the legalization of Bitcoin, surveys found that over 91% of Salvadorans still use the American dollar, and less than 5% use bitcoins.

The value of cryptocurrencies is also not set in stone. Even with measures in place to prevent inflation of the currencies, thousands of crypto projects exist. When all of them compete for dominance in the digital world, they become unpredictable, making them poor long-term investments. Not even Bitcoin, the world’s most popular currency, is completely safe from this phenomenon. There are no regulations in place to protect investors from being scammed and to prevent it from being used for illegal activities. They are more vulnerable to cyberattacks and becoming targets for other criminal activity, which have caused sizable losses for investors. Dr. Merav Ozair, a leading blockchain expert and a fintech professor at Rutgers Business School, said that “investing in companies utilizing blockchain technologies has all the same risks as investing in a start-up. And like in any start up, the risk-reward ratio is high.”

Crypto’s future comes with mixed feelings. Some feel optimistic about its future while others say it is a scam or a bad investment because the market for digital currencies is so volatile. But it is certain that in an ever-changing, interconnected world, where humans are becoming one with technology at increasing rates, it is likely the idea of digital currencies and an online economy is not going away anytime soon. Sci-fi films may not be far off the mark in depicting a world shaped around an online universe. Human behavior is typically influenced by economic and social factors; people will go where the money and excitement is. And currently, more money is going into online worlds than ever before. The rise of cryptocurrencies simply reflect these broader trends.

The COVID-19 pandemic, while destructive in many respects, is theorized to have pushed the evolution of the internet forward by more than a decade. Lockdowns and more time spent at home caused many aspects of life to be moved online, causing cryptocurrencies to experience a major boom. Even during times of low transmission, when more in-person functions took place, online services continued to enjoy much more popularity than they did in previous years, and it is likely this trend will continue even after the pandemic has subsided. It forces humanity to question, for the first time in history, how the very concept of reality will exist in the future and what will be seen with the naked eye.