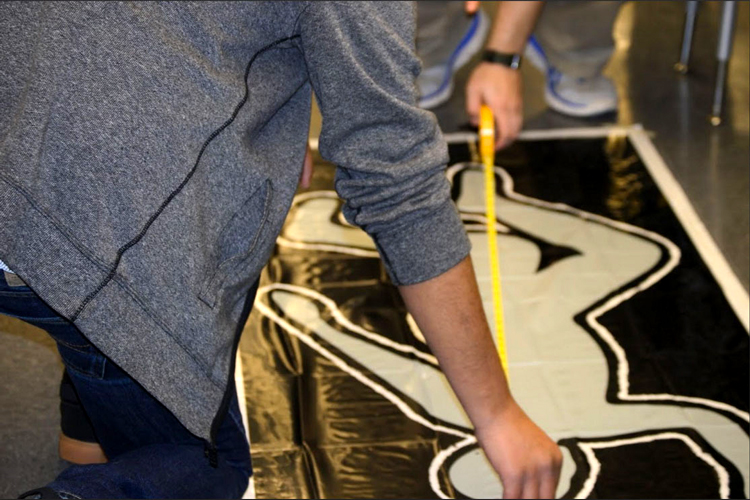 Beginning this semester, Thomas Jefferson High School has added a new science course: Forensic Science, a class which takes topics learned from other science classes, such as biology, chemistry, and physics, and applies them to criminal science.

Corielyn Cummins, one of TJ’s physics teachers, has a background in Forensic Science and is excited to be passing along her knowledge and previous experiences to her students. She has a degree in Criminal Justice from the University of Colorado, and previously worked as a death investigator with the Boulder Police Department. For the job, Cummins completed the police academy and two hundred hours of death investigation training. Her credentials definitely helped contribute to bring Forensic Science to TJ. Assistant principal Mike Christoff explained, “We saw that she had worked for Boulder County Coroner’s Department, so it was something that she was really passionate about. That’s why we decided to pursue it as a possible concurrent enrollment class.”

Forensic Science, a senior level course, utilizes many other sciences, as it is such a wide area of expertise. Cummins explained, “We take what we learned in physics, biology, chemistry and apply it to solving crimes such as looking at car crashes, determining which car hit which car based off of distance and tire marks, and taking time of death and cause of death from body temperatures.”

Throughout the semester, Forensic Science students will study various units implementing lab investigation and exploration, which include: Observation, CSI and Lab Techniques, Death, Forensic Anthropology, Blood, and DNA, Fingerprints and Trace Evidence, Drug ID and Toxicology, Tool Marks and Ballistics, and Handwriting, Forgery, and Counterfeiting. While she loves everything about Forensic Science, Cummins explained how fingerprinting, DNA, cadavers, and cause of death are her favorite aspects. “It’s hard for me to pick because I love all of it,” she said, “Looking at things and figuring out who did it and what happened is really exciting.”

As this is the first semester that the class has been offered at TJ, the goal of the Intro to Forensics class is to kindle an interest within students in the hopes that the class will continue in the future. Additionally, as the class is only a semester long course, another goal for Forensic Science is to establish it as a concurrent enrollment class, allowing students to earn college credit. So far, the class has been a success and Cummins and her students are looking forward to continuing it throughout the rest of the year.

Later in the semester, the class will be doing a cadaver lab, which excites many students. “I like reconstructing crime scenes, but I’m definitely looking forward to the cadaver lab later in the year,” senior Jessyka Weeda explained. Although the semester has hardly begun, the class is well on its way to being another one of TJ’s most prosperous classes.