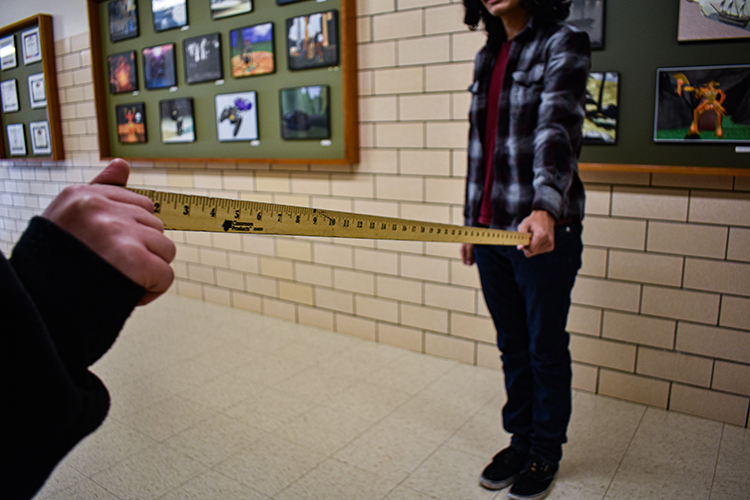 Moving from a block away to states away can be incredibly difficult, but one makes the best of it. photo by AJ Domagala

Friendship is difficult, but added distance can make it even harder.

There are so many intricate pieces that build up relationships, whether it’s family, a partner, or a friend. Vulnerability and communication are two very important steps in creating any good connection with someone, though it can be difficult. This difficulty increases when people have to catch up through the screen of a phone or laptop. Many, when they think of long-distance relationships, believe that it’s romantic or that it won’t last. I disagree with both of these notions. There are people around the world who use technology to stay connected, whether it’s because someone moved, went to college, or even if they just met online. For example, my best friend lives 843 miles away, a 12-hour drive away, in St. Louis, Missouri.

When someone who has been a big part of one’s life moves away, it becomes really difficult to cope and come to terms with the fact that this person no longer lives nearby. Sawyer Stein, my best friend of six years and my arch-nemesis of two, moved to St. Louis over the summer.  We had many conversations about the fact that they would probably have to move, for two years before they truly moved. Even after receiving all the packing updates and helping them clean out their room, the feeling that they were moving away from me still hadn’t solidified. Honestly, I don’t think it really hit me that they would no longer be in the same state as me until they stopped by my work the day before they drove to St. Louis. That was the last time I saw them and I got to hug them. They were there to drop off a goodbye present, and then they were gone. Driving past the home where I stole oh-so-many popsicles and where we started many of our midnight walks, knowing that my best friend no longer lives there, hurts. No one says that long-distance relationships are easy, and if they do, they’re probably lying. It’s difficult, communication is different, hanging out is different, time and energy are different, and it’s emotionally difficult. Soy and I have to find times when we’re both free to video call, and when one of us wants to talk sometimes the other can’t. It can end up being a really long game of tag. Time to talk can be cut short and I end up missing them even more. There are good weeks and bad weeks, weeks where we get our time and both of us are good, and weeks where it feels impossible to not wish they were with me. However, there are always ways to cope and hold on to this thing called friendship, even if it’s through telephone wires.

About half a year has passed since I’ve seen my best friend and it has been difficult, but we make the best with what we have. Many underclassmen could be dealing with this exact situation as seniors move on to college or go into the workforce or do whatever they plan on doing. It’s going to be difficult to cope with friends moving on as high school continues for the many who have a few years before being a senior. Having a really close relationship with someone means that in some shape or form they’ve most likely given presents, something of theirs or something with their memory attached to it. The last day I saw Soy they dropped off a few goodbye presents, these presents consisted of a giant painting based on one of our many favorite podcasts and one of their sweaters. Having things that one can physically hold on to or look at to remember the good times is incredibly helpful, especially on the days where there’s not much time to talk. Throughout our friendship, they have also compiled a playlist of songs that I like and songs that remind them of me. Music is the bridge to anyone’s soul, anything that’s been enjoyed musically together and reliving those moments brings people closer than they truly are.

Most days texting or calling until one or the other is too tired to continue or someone has something that needs to be done is more than enough. Time together is the best remedy for any heartache. Keeping in touch and talking about the smallest things, are the greatest ways to cope with someone being far away. The small things in life allow us to feel like we’re together even when we are miles apart. With all of that, we still make plans. Over winter break I made sure I sent Sawyer a Christmas present so it was just like any other Christmas. I’m doing the same thing for their birthday and they have plans to visit me over the summer. Making plans gives us something to look forward to, something to remind us that it’ll be okay and there’s just a small amount of time until there’s a chance to see each other again. It’s difficult, being so distanced from someone who is such a big part of life, but stay connected and do what is possible with what is given.

I know that many of the underclassmen are currently worrying about their senior friends going off to college and leaving them behind. There is nothing to worry about, if there is a genuine want to stay in touch, just stay connected and make plans to look forward to. If the friendship is good and work is put in to keep it that way, everything will work out in the end.