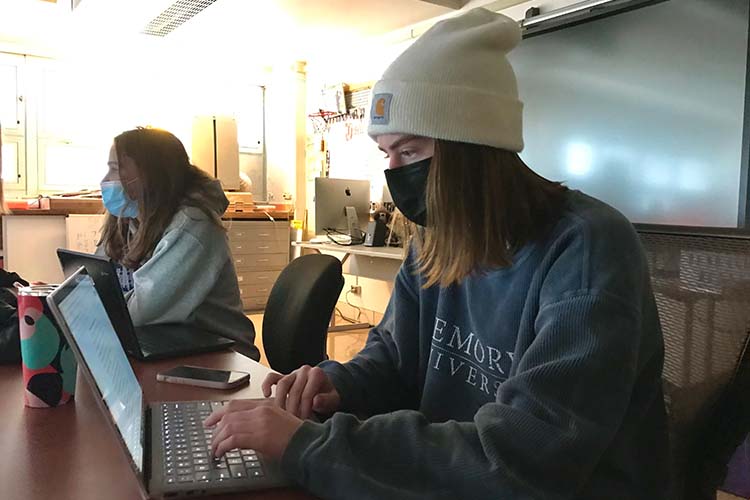 Over the years, the school’s dress code policies have been faced with controversial reactions: arguments appealing to the freedom of expression right, protests highlighting the sexist patterns or arbitrariness of these policies, and multiple debates regarding their purpose.

The first recorded dress code controversy case known as Tinker vs. Des Moines Independent School District occured in 1996 when three high school students wore black armbands to protest the Vietnam War and were suspended as a ban for wearing armbands was passed. The District Court stated that it was under the School Board’s power to make such a decision. However, the court of appeals decided it was within the freedom of speech clause in the first amendment and should be respected – unless there was a legitimate concern of disrupting the learning environment or violating the rights of others. Yet, the same controversy is easily seen in 2021 with the return to in-person classes after the pandemic.

Students had only been back in school a couple of weeks when new policies regarding high school dress codes have reached the media. The most famous case being that of Sophia Trevino, a 13-year-old middle school student who got dress-coded on her first day because “…the rip in her jeans was higher than the tip of her finger when placed next to her thighs,” according to ABC’s division Good Morning America.

Hearing this, it was no wonder TJ’s students celebrated the new changes made to the dress code for the 2021-2022 school year. The changes – including the permission to wear hats and tank tops – were received with open arms and cheers from the student body.

“Dress codes aren’t useful at all because everybody has a different body,” Sabina Biswa, a senior at TJ, stated. “What may look normal for a skinny girl can be seen as provocative for another. These changes remind us that it shouldn’t be so important what you wear; you simply are at school, you shouldn’t feel sexualized or self-conscious.”

However, there are still questions regarding what a dress code violation should be or where the line falls between appropriate or inappropriate attire. There doesn’t seem to be a correct or clear response. There can’t be an absolute statement on how much skin can be shown or when revealing is too revealing, so the doubts fall on whether a certain type of clothing cannot be allowed.

“I’ve had many dress code issues over my four years at TJ because my body is different to those of the other girls. But I believe the staff makes a great effort to respect our right to feel comfortable however we want to dress,” Biswa explained. “It simply needs to be more understanding of every type of body and draw the line on extreme stuff like not showing underwear or showing off harmful or derogatory quotes that romanticize things like drugs, suicide, or violence.”

The new dress code policy is not yet on the TJ handbook found on TJ’s’s website, but Andrew Skari, assistant principal, and Emily Lupo, dean of culture, offered some clarification:

“We do have a dress code. We can, for example, follow the dress code policies given by the school board that are very specific. However, as a staff, we decided to review each one of them and decide that if they did not help our kids be comfortable, safe, or improve the learning environment, then they wouldn’t be enforced as strongly as we could. It is still up to the school’s staff to decide what is a direct violation to these policies, but in those situations a private and respectful conversation will be held with the student. We’ll value our students’ behavior and safety above what they wear and make sure they don’t feel objectified, embarrassed, or uncomfortable.”

Although dress codes may never be perfect, these changes are a step closer to the safe, understanding, and diverse community TJ celebrates. Be proud, TJ!