Leading the Way To Change 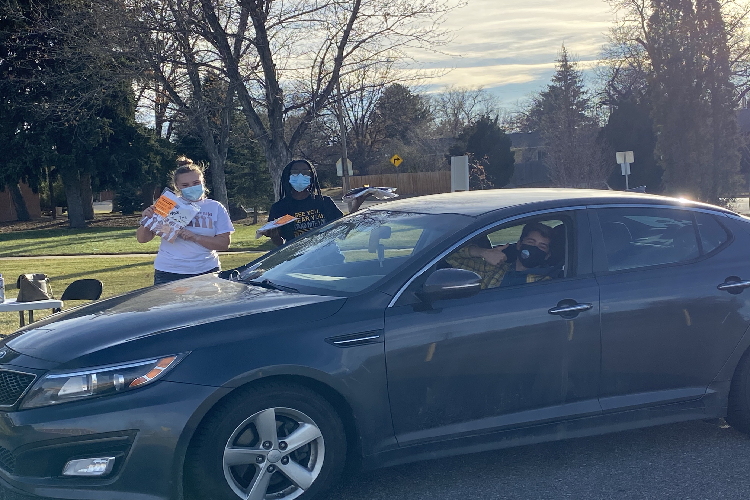 TJ’s Interact Club and Black Student Alliance teamed up in a T-shirt campaign to raise money for racial equality.

Earlier this semester, TJ’s very own Interact Club and Black Student Alliance (BSA) collaborated on a T-shirt campaign to fundraise for organizations that fight for racial equality. At TJ, Interact is a club that does local community service projects like writing 300 holiday cards to residents at Holly Creek Retirement home and selling masks for wildfire relief. BSA interacts with school culture programs, historically black colleges and universities, and special projects/programs. Senior Jael Iyema stated, “The Black Student Alliance is a club where Black students and allies come together to have candid discussions about the Black community and how the world around us impacts Black students today. Our goal is to better educate our community and each other about experiences, topics, trends about our community.” They organized this fundraiser to support the Black Lives Matter (BLM) movement. BLM is a political and social movement advocating for nonviolent civil disobedience and is against incidents of police brutality and all racially motivated violence against black people. It is a strong movement that gained a lot of support after the murder of George Floyd and caused a lot of protests and riots all over the world to happen. Through this collaboration, the money was split between the Southern Poverty Law Association and Color of Change. The items sold were shirts with two designs: one of them said “Together We Rise” and the other said “I see you. I hear you. I stand with you. #BlackLivesMatter.”

The T-shirts are designed to show support for the BLM movement. Candace Lewis, a TJ parent, made the shirts for the campaign, which allowed for Interact and BSA to have more control over their fundraiser. The process of organizing this fundraiser came with its challenges but was a great success nevertheless. First, they had to make a plan of how they wanted the fundraiser to look and then had to get approval. Then, they created a Google Form for people to order. Finally, they launched the campaign. They started getting orders and money, so they set up pick-up dates at the school.

The Southern Poverty Law Association is an organization that fights for the Black community and their rights for justice. Some things that they do are fighting hate, teaching tolerance, and seeking justice. They want to help Americans get the justice they deserve. The Color of Change organization is a nonprofit civil rights organization. They want to help strengthen the political voice of African Americans and help fight to end the war on Black people. On both of these organizations’ websites, they have facts and videos about the world and the discimination towards black people. They also have tips on how to be more involved in the movement.

The fundraiser was a huge success: 150 people bought shirts and the clubs raised $3,000. The Southern Poverty Law association and the Color of Change organization each received $1,500. BSA and Interact felt like this would help make a change for the black community. Senior Alice Larm stated, “I thought that the fundraiser went very well. I was so glad that the community came together to support the Black Lives Matter Movement. I know that our contribution to both the Southern Poverty Law Association and Color of Change will mean a lot.” Acts of leadership like these are helping to bring change into the TJ community and to the world.