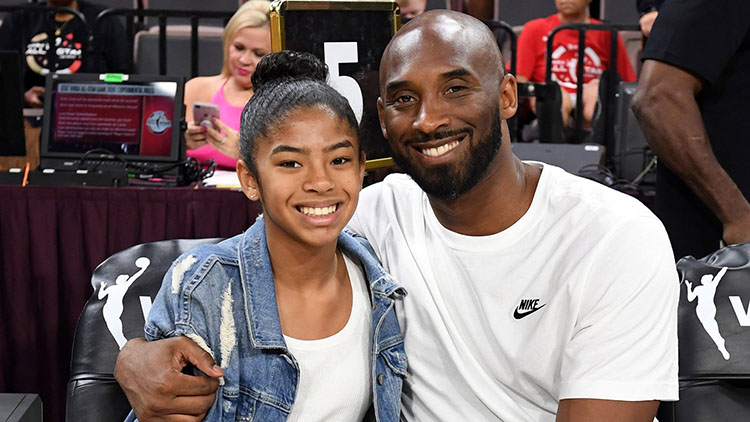 On January 26th, 2020, the death of Kobe Bryant, Gianna Bryant, and seven other individuals in a helicopter crash shocked the world.

Odds are you have heard the name Kobe Bryant in one way or another: “NBA Superstar,” “Black Mamba,” “Five Rings.” When you shoot a wad of trash into a trash can and yell “KOBE”- that’s him. The retired basketball phenom was an individual who touched the lives of millions all over the world, and his death was tragic. Mervielle Mugisha, a senior on the TJ varsity basketball team, explained his initial reaction after hearing the news: “Honestly I just didn’t believe it, it was right after work, so I was getting ready to drive home and honestly after hearing the news on the radio, it just felt like the longest drive going home.” The individuals in the helicopter crash were traveling to Mamba Sports Academy in Thousand Oaks, California. The crash occurred just before 10:00 a.m in Calabasas, California. The death of the Legend put the world on hold. The death of one of the most famous athletes of all time was no ordinary event. Over 20 accredited news sources covered the crash on that fateful day.

Bryant was born on August 23rd, 1978 in Philadelphia, Pennsylvania. However, he grew up in Italy after the age of six because his father played professional basketball there. By the time he hit high school in 1991, his family moved back to the United States. He attended Merion Lower High School in Philadelphia. There, he began to catch the attention of many college recruiters; however, after seeing some previous players go straight to the NBA, he decided that was the path he would take. He was the 13th overall pick of the 1996 NBA draft to the Charlotte Hornets. After being drafted, he was immediately drafted to the L.A Lakers. It would be the only team he would play for in all 20 seasons of his career. During his time in the NBA, Bryant led the Lakers to five NBA finals victories of the seven, he won two NBA Most Valuable Player (MVP) awards, two NBA Finals MVP awards, was a 15 time member of the All-NBA Team, 12 time member of the All-Defensive NBA Team, and received two olympic gold medals. Throughout his time in the NBA, he accomplished many feats, even more than listed previously, making his death even more impactful on the world.

In time following his death, the world turned to social media posting various messages toward the star, including many celebrities and NBA athletes. Grant Laman, CCT teacher and head coach of the TJ boys’ varsity basketball team, explained: “I thought the 24 second shot clock violation (teams held the ball for 24 seconds, violating the alloted time to score – honoring Bryant) was amazing…even through the All-Star game this weekend there were tributes everywhere which is fitting.” The All Star game even introduced the Kobe Bryant MVP Trophy. People all over the world and in the NBA have been mourning his death with numerous tributes.

In the end, Bryant stood as more than just a NBA legend. He taught the world that anything is possible with hard work and dedication with his “Mamba Mentality.” He truly changed the lives of people all over the world and now the world is celebrating his legacy.