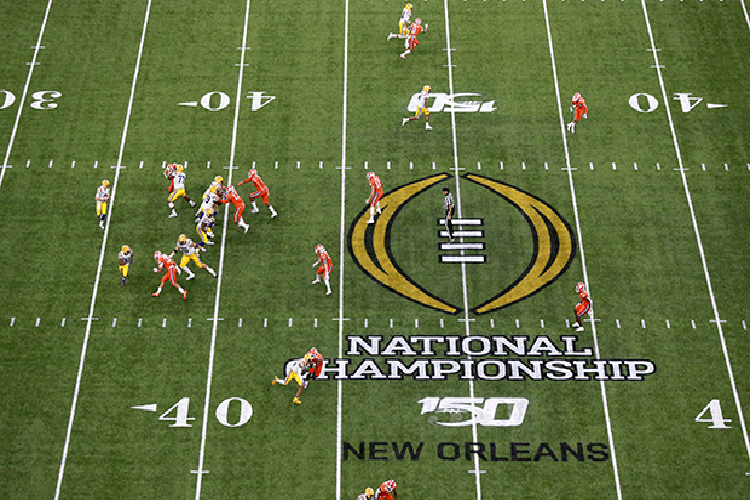 The University of Alabama played against Ohio State in the College Football National Championship.

The 2021 College National Championship was played on January 11, 2021, in Miami Gardens, Florida. The Alabama Crimson Tide football team took home the championship after winning with a score of 52 to 24. Alabama headed to the championship after beating Notre Dame in the semifinals, and Ohio State made their way there too after beating Clemson. David Ware, a lifetime college football fan, stated, “I think Alabama played better overall because they have two star players: Mac Jones, who came in third for the Heisman Trophy, and DeVonta Smith, who is a wide receiver and won the Heisman Trophy.”

Alabama went into the game with a 12-0 record, indicating that they won all their regular season games. Alabama had also won the national championship in 2016 and 2018 when playing Clemson in 2016 and Georgia in 2018. DeVonta Smith was named the offensive most valuable player (MVP), and Christian Barmore of Alabama’s defensive line was named defensive MVP. Alabama’s success was driven by their assistant coach Steve Sarkisian who was the mastermind behind their offense. He has now left Alabama and is going to be the head coach at the University of Texas.

Ohio State entered the game with a record of 7-0 and won all 5 of their regular season games. They appeared in one prior national championship game after defeating Alabama in the semifinals. On gameday, Ohio State announced thirteen players would not be allowed to play due to private reasons, except one player announced he had COVID.

There were many mandates put in place at the stadium that viewers had to follow for COVID safety. These mandates included every person wearing a mask at all times, and if they were not able to wear one they would not be allowed into the stadium. There was social distancing put in place through the idea of pod seating. The people that join you at the game would sit in a pod at least six feet away from all other pods. There were hand-washing and sanitizing stations all over the stadium to make sure everyone’s hands stayed clean. This year the football organization used mobile tickets, so phones would simply be scanned to minimize coronavirus exposure from the start.

The College Football National Championship began in 2014 with the first game played between Ohio State and Oregon. There was a federation called the BCS National Championship Game that was played from 1998-2013. After this Championship, Nick Saban, the head coach of Alabama, won seven national championships, holding the new record for the most championships as a D-I college football coach. Ware explained, “Nick Saban is a great leader and motivator of his coaches and players. Obviously he knows a lot about football having won seven national championships with different teams. He is very well respected and a really good coach.” The next three championship games are already set to be played in Indianapolis in 2022, California in 2023, and Texas in 2024. Hopefully these next three years will start to look more like normal, and the stadiums can be filled with all the loving fans.