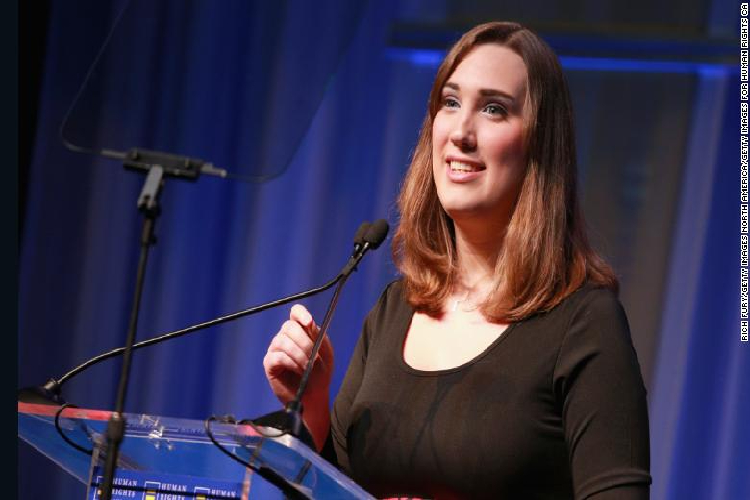 This is a win for the LGBTQ+ community and allies!

Sarah McBride officially became the first openly transgender state senator in the country. Beating Republican Steve Washington, she won her senate race in Delaware, and when she is sworn in, the 30-year-old Democrat will become the highest-ranking transgender elected official in the nation. McBride’s winning campaign included improvements to school funding, affordable health care, universal pre-kindergarten, and increased minimum wage. The senator is helping to write history. In an interview with Delaware Online last year, McBride said, “I don’t intend on serving as a transgender state senator. I intend on serving as a senator who happens to be transgender.”

McBride is one of the many candidates who has made history in a suspenseful night across the country. “I know how much of a difference it would have made to me to see this news,” said McBride. “A healthy democracy includes a diverse government, and we can’t craft solutions for a diverse community if the full diversity is not reflected at the table,” she told the Thomson Reuters Foundation. McBride’s election came as part of a liberal “blue wave” that had been predicted by critics and Republicans who wanted to keep control of the US Senate and chip away at the Democratic majority in the US House.

McBride, a former spokeswoman for the Human Rights Campaign, said she worried a divided US Congress would prevent advances towards LGBTQ+ rights such as the Equality Act. The legislation, which would ban discrimination against Americans based on their sexuality and gender identity, was approved by the House in 2019 but postponed in the Senate. Biden has promised to make this a priority. “There’s no question that our democracy is facing tensions and stressors that put the health of our system at risk,” McBride said, emphasizing that state legislatures can still boost LGBTQ+ rights. “State legislatures from the start of this country have always been intended to serve as laboratories for bold ideas.”

“That means passing explicit non-discrimination protections in the states that have not yet done that. It means making sure that we expand health care coverage to more and more people,” she said. McBride has held up a long list of firsts during her 14 years in politics and activism, a career that started with an internship with the president elect’s late son, Beau Biden.

During Barack Obama’s presidency, she became the first transgender White House intern and rose to national fame in 2016 when she was the first trans person to address the Democratic National Convention. As an activist, McBride successfully changed the Delaware General Assembly in 2013 to pass state legislation that prohibits discrimination based on gender identity.

She said advancing legislation at the state level and securing positive changes for all of her voters was what motivated her. “I didn’t run to make history or make headlines. I ran to make a difference in my community,” McBride said. “The importance of being a first is to make sure that you’re not the last and that others can stand on your shoulders.”