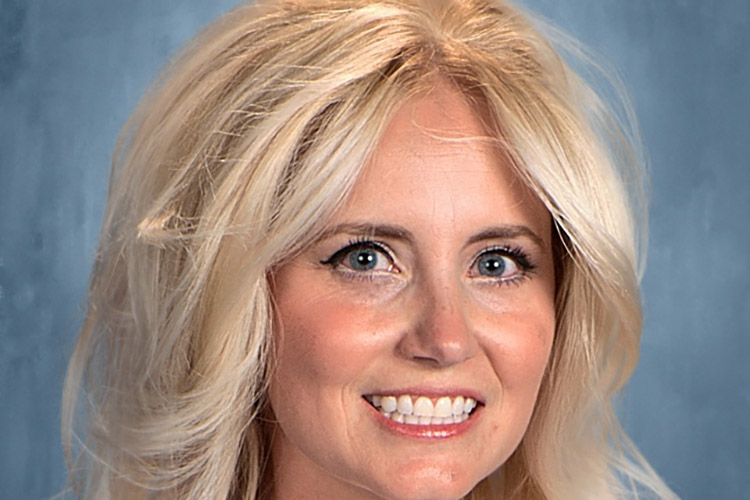 Lacey Pannell has taught ceramics at TJ for the past seven years. photo courtesy of the Yearbook staff

Take a look into the bizarre life of a seemingly ordinary ceramics teacher, with everything from pet ducks to a haunted house.

It would be hard to predict Lacye Pannell’s backstory. One would most likely guess it all wrong if they tried. She’s been Thomas Jefferson’s ceramics teacher for the past seven years, residing downstairs in room 35. With a crazy history of odd jobs and unique stories, her life is nothing short of adventurous.

Pannell was born in Cherokee, Alabama. She has a sister and two brothers, one of whom is younger than her. Her dad worked for the NFL, while her mother was an international flight attendant. Having a parent within the sports industry caused problems, however. Pannell and her family were always moving to keep up with her father’s work. “We started in Alabama, then we went to Houston, Texas, because he was with the Oilers. Then, he got a job with the Kansas City Chiefs, so we went to Kansas,” she reported. From there, Pannell moved to a reservation with her grandparents in Oklahoma, and eventually found her way to Colorado.

Though this may seem like the end of her long journey, it does not even come close. She travelled back to Alabama for school, returned to Colorado, and eventually went to Georgia. She took a ”quick break” in Tennessee, and went back to Georgia, where she re-met her current husband, Jason. They both had lived close during high school and knew of each other. She began dating him in Georgia, however, after the surprising reunion. “We had been dating for two weeks and then I was like ‘Oh, by the way, I’m moving, peace out!’” The pair took to long distance for the nine months following Pannell’s final return to Colorado in 2012. Because Jason was a truck driver, he, like her, travelled, until eventually settling down in Colorado in 2013 with Pannell. They were married two years ago in a backyard in Cherokee, Alabama.

Movement followed Pannell all through her life, with everything from geographical locations to job opportunities. “I started off working for my dad; he was the director of operations for the Denver Broncos, and I started working for him doing odd-ball jobs, where I then worked my way up into an assistant role.” Later, in 2009-2010, she was a host for a TV show, whose name will seemingly never be revealed. Procurement for the Air Force in Warner Robins Georgia from 2011-12 came shortly after. During this time, Pannell was also a receptionist at a hair salon. She ended up settling down in her current career as a potter, teacher and Studio Manager for a painter. Thomas Jefferson was actually her very first teaching job, and she was not slow to note, “It’s gone by fast, I can’t believe it’s already been seven years.” Though she did substitute for DPS, she ended up settling down at TJ and customized it to her own liking. She built the shelves in her room and bought over several pottery wheels for her level two and higher students.

As mentioned in the sub headline, Pannell moved into a rather strange house four years ago. On the edge of East Colfax, a man supposedly died in the 1930s either on the stairs, or in the basement. “Things move, things fall. It’s kind of weird, but it’s good.” The structure was built in the 1920s, and was seemingly in terrible shape when first bought. “When we bought it there was blood on the walls, blood on the ceiling, blood on the carpet,” Pannell reported. However, she and her husband worked hard on their little “fixer upper” and made it into the nice home that it is today. “We’ve done all the repairs ourselves, so it’s our own little home,” she commented happily. That does not change the unfortunately dangerous area it sits in, however. “We’ve had SWAT teams in our backyard numerous times; we’ve had our backyard be a crime scene while we were living in it,” Pannell mentioned. Windows have been shot out, so it is safe to say that Pannell is living life on the edge.

Residing in her backyard, Pannell owns three ducks, two white Pekins and one Rouen. She bought them in June, and their size has increased dramatically since being little babies. She also owns a six year old Great Dane named Ellie May, so their house is incredibly pet friendly. “My goal is to get more ducks and a goat or a baby sheep, because they have these sheep called baby doll sheep so they’re mini,” she shared. “That’s my goal. Jason doesn’t know these goals.”

If anyone has ever seen Pannell, it is evident that her hair color is not always the same. She first began dying it in 6th grade, and was naturally a platinum blonde until her 30s. Currently, she has settled back down to her original hair color, noting how “[she] wasn’t blonde for so long and it feels good.” However, Pannell has done eccentric colors. In fact, she’s done all the colors of the rainbow, with her favorites being purple, pink, red/orange, and yellow. Her husband helps her with the coloring process, while she cuts it herself. In fact, when she was in high school she was voted “Best Hair.” Pannell also partook in pottery during her teen years, and wore high heels to school every day.

In her college days, Pannell was in a band. “We were called Owl owl-rageous… We used to play with stuffed owls around us,” she recalled. They were a cover band, focusing mainly on Dolly Parton and Johnny Cash.  Not only a musician, Pannell specialized in printmaking and screen printing on clay. She also learned glaze mixing and low fire techniques. Nowadays, many of her personal pieces contain screen printing, slip trailing and image transfer as well. She prefers functional ware and luster.

With such an interesting life, it would be hard to remember it all, which is why she started writing a memoir two years ago. “As you’ve noticed, I’ve worked a lot of different jobs. I’ve lived in a lot of different places; I went on tour for a while so I have a bunch of fun memories, and I want to write them down so I don’t forget.” She does it by transcribing old journals from over the years.

Pannell is one of the most interesting high school teachers out there. Her stories are endless. For now, one will have to catch snippets within her class until her memoir is released. Then again, there is no certainty that it will be made public. “It’s fun working with high school students, I love it. You guys are a hoot,” she exclaimed. It is clear to see she is well suited for the teaching role, and is great at it. Wherever she may go in life, Thomas Jefferson will always remember her.