The Doors are Open to Polynesian Club 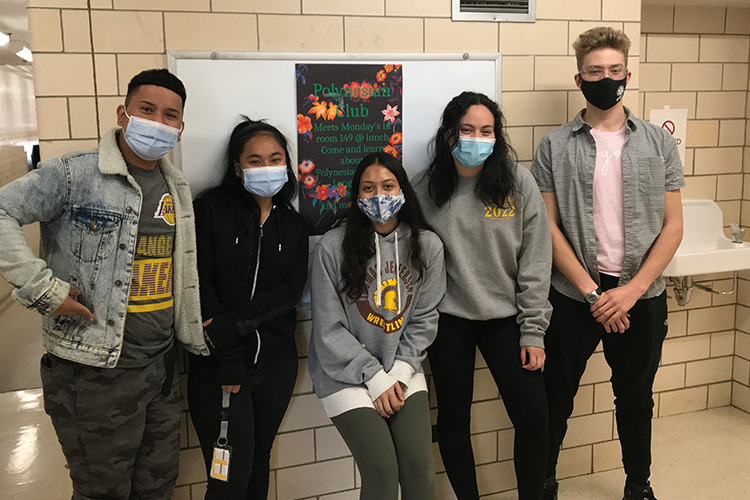 The newly-formed club hopes to bring Polynesian students together in a safe place where they are free to express their culture and identity.

Thomas Jefferson High School is renowned as one of the most diverse schools in the city of Denver, since 61.8% of the student body is considered minority enrollment. However, only 0.3% of students at TJ identify as Native Hawaiian or Pacific Islander, fewer than any other group in the school. This trend continues throughout Colorado, with 0.17% of the population of Denver identifying as Native Hawaiian or Pacific Islander, and even fewer, 0.15%, in the entire state. This can lead to a feeling of isolation. TJ senior Kinara Oili-Young hopes to change that with the newly-founded Polynesian Club.

The Polynesian Islands encompass a large triangular area in the east-central Pacific Ocean. The triangle has its apex at the Hawaiian islands at the north, its southern base with New Zealand to the west, and Easter Island to the east. Each island has its own unique culture. However, European colonialism in the 18th and 19th centuries has radically altered the cultures of many islands. Since the 1970s, though, salvaging Polynesian languages has become an area of focus through immersion schools for preschool and older children, and it has been very successful. Additionally, to prevent the region’s art, music, and dances from being lost, the Festival of Pacific Arts is held every four years, each time being hosted by a different country. The festival promotes the expression of contemporary indigenous identities. Similarly, the Polynesian Club aims to promote indigenous cultures at Thomas Jefferson.

Young felt there was not enough representation of Polynesians at TJ. Being Native Hawaiian, she did not meet many people like her in Colorado for much of her life. Upon coming to TJ, though, she began to meet many other people who shared the same culture. Making these connections inspired her to create the Polynesian Club, with the main goal being to give Polynesian students at TJ “a space to know that they are not alone at this school.” Being Polynesian, she says, “no one understands you better than them.” The other goal, which applies to both Polynesians and non-Polynesians, is to talk about “the different islands and their cultures, histories, traditions, and what is currently happening on the islands,” explained Young.

While the club is still fairly new, Young explained how the hope is to eventually have “slideshow, classroom-type learning, not necessarily a lecture, but more to connect with each other.” The club can also revitalize Polynesian culture by allowing students to teach each other about their culture, languages, and traditions, if they feel comfortable doing so, opening up a discussion for many different aspects of the region’s culture. She also said that the club is currently looking for “someone to come in, whether virtually or in-person, and teach us the dances of our people.” She also wants to pursue the idea of doing fundraisers, which will foster “group bonding” through team effort.

So far, ten students have signed up for the club. Young expects this number to grow over time since the Polynesian culture “is very different from anything else, and it is definitely more low-key, welcoming, and all-inclusive as compared to other clubs.” She hopes that “Polynesians and non-Polynesians will enjoy that and find comfort here.”

Tambyr Reed, TJ’s choir teacher and sponsor of the Polynesian Club, believes that it is important to have representation of all groups of students. “We have a growing population of students representing the Pacific Islands, and I think it is nice to be able to celebrate and share their culture.” Grace Blanchard, senior and co-founder of the club, was enthusiastic about the idea when Young approached her about it. “It sounded like a really cool idea to be able to celebrate a cultural part of me… and create a community where there usually is not one.”

With the doors now open to the Polynesian Club in the choir room every Monday during lunch, its founders and members hope that it will provide a space where students can meet, talk with other people who share the same culture, and put an end to the isolation that Pacific Islanders may feel.