TJ Rolls Through the Fall Semester 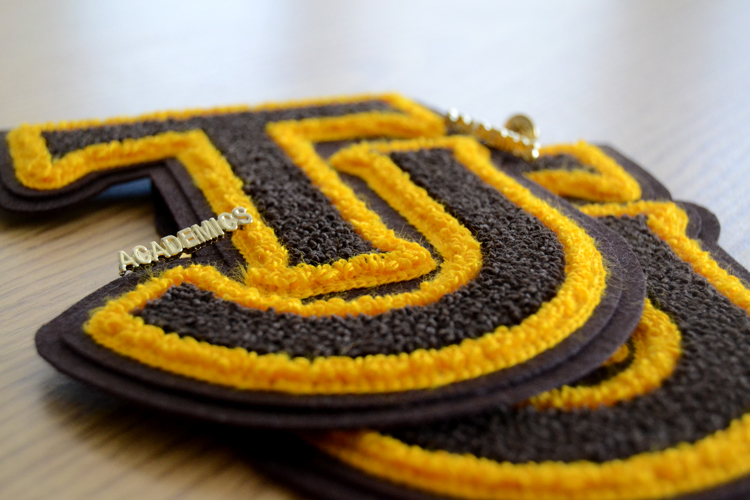 Spartans celebrate their academic achievements from the past semester. photo by Anja Oss

Thomas Jefferson High School held an academic achievement assembly on Thursday, January 21st to recognize the 446 Spartans who received a 3.0 GPA or higher in the Fall 2015 semester. The assembly also recognized students who earned Academic Letters and athletes who made First Team All-State. Spartans were able to double the number of students on academic Honor Roll this year, and Assistant Principal Mike Christoff commented, “This year there were over 40% of the students who made honor roll. It’s awesome to see our students grow every year and reflect on how far they’ve come from last year.”

To kick off the new semester, the school reflected on the fall 2015 semester, in terms of the growth of TJ students and their academic achievements. Students who made Honor Roll were separated into four sections in terms of their GPA: bronze (3.0- 3.4 GPA), silver (3.5-3.9), gold (4.0- 4.4), and platinum (4.5-5.2). Students who achieved the platinum status were asked to sit on stage and their names were all called individually. This year, there were 53 platinum students, a tremendous improvement from last year’s 30.

In addition to honorable mention, a group of students were called for both Academic Letters and First Team All-State. In order to acquire an academic letter, students must have maintained a GPA of 3.5 or higher for three or more consecutive semesters. This year, over 90 students earned academic letters. First Team All-State students consisted of juniors and seniors who also had a GPA of 3.6 or higher and participated in a varsity sport in the fall or winter season. “It’s astounding to see more and more student athletes up on stage every year and being able to balance their academics and athleticism. It shows our students have integrity, and how well they follow through,” said assistant principal Paula Hammel.

The significant amount of students who were recognized for Honor Roll and received academic letters is an outstanding representation of TJ and the growth of our students. “Our Honor Roll students really displayed their academic success and leadership in their classrooms as well as the reputation of TJ,” added Christoff.  TJ continues to climb and achieve as well as continuing to be a model school in DPS. Although TJ had many students on Honor Roll this past semester, TJ is looking forward to further improvement in the coming semester.