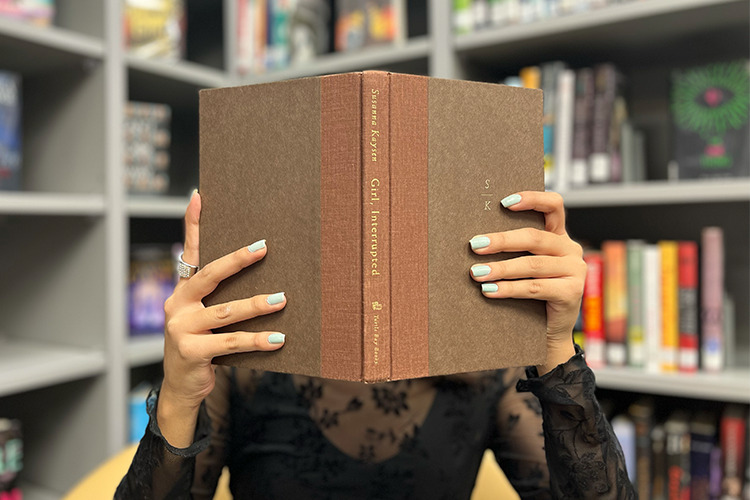 Girl, Interrupted is an amazing novel that should be read by everyone.

The way mental health has been perceived has changed with time. Only a hundred years ago, women who displayed “erratic behavior” simply had hysteria and were ought to be shipped away to insane asylums. Therefore, it was no surprise that Susanna Kaysen was quickly sent to a mental hospital in the 1960s after a single appointment with a therapist. In the novel, Girl, Interrupted, Kaysen wrote a stunning and destigmatizing narrative of her life and experiences at McLean Hospital, a famous psychiatric hospital in Massachusetts that has housed names such as Sylvia Plath and James Taylor.

In her narrative, she recalled incredibly intimate and tragic times in her life in a way that ultimately destigmatized, not glamorized, mental illness. Instead of describing mental illness as a completely separate world that is foreign to most, she described it as a vengeful force that constantly tries to lull everyone into its arms. The moments that Kaysen primarily touches on include suicide, diagnoses, medications, and living with Borderline Personality Disorder (BPD). I appreciated her commentary on the positive sides of her life that sheds light on the everyday life of someone living with mental illness; every day can bring light and not all of the life of someone with BPD or any mental illness has to be dark.

One of my favorite chapters was “Velocity vs. Viscosity.” In this chapter, Kaysen wrote about her theory that mental illness can be divided into two categories: fast and slow. Slow illness brings life to a crawl. Time, movements, and thoughts all come slowly and have little purpose. Fast illness, however, provides one with a never-ending wave of anxious debates to occupy them. An intrusive thought can paralyze a person via a cacophony of internal yelling. Kaysen notes that both categories go hand in hand and can appear to be the same from an outside perspective. I loved this chapter so much because of Kaysen’s ability to provide commentary on mental illness that perfectly summarized what many people experience in their day-to-day life.

On December 8th, 1999, the film adaptation of Girl, Interrupted was released. Surprisingly, the movie was just as good as the book! The movie was very different from the book and included less personal narratives. The film opted instead for scenes that involved more action and a distinct plot line rather than the complex commentary Kaysen provides in between stories of her stay at McLean. However, in the movie, the cinematography, acting, and plot sequence all came together to serve Kaysen’s novel justice. Watching this film after reading the book made me realize the differences between the two versions were necessary. The movie wouldn’t have been as entertaining without the changes that the director chose. While it was a much less intimate retelling and more a comedic story, the movie serves justice to Kaysen’s memoir by further spreading her destigmatizing message of what it is like to live with mental illness.

Anyone wishing to challenge their prior connotations of mental illness should read this book. By reading this book, not only did I understand this topic better, but I understood myself and my daily life better. Therefore, Susanna Kaysen’s narrative and the subsequent biopic of Girl, Interrupted is a must-see and must-read for everyone!