2020 in the Rearview Mirror 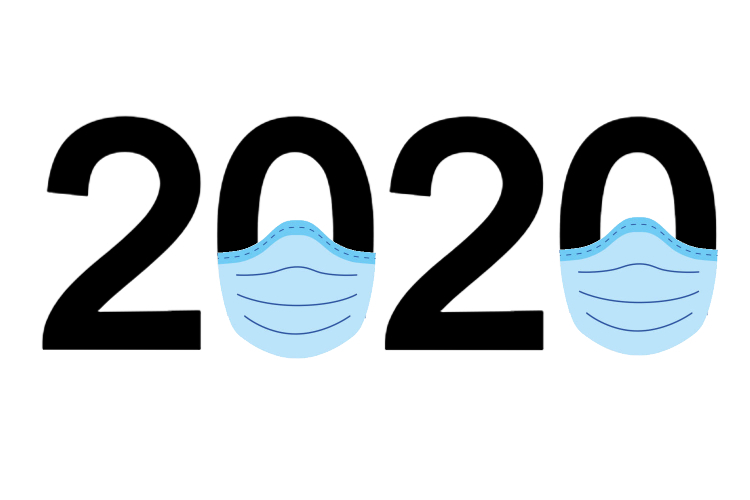 The year 2020 has given a new meaning to the unexpected. graphic by Avery LoJacono

Viruses, Fires, and Riots, oh my!

The year of 2020 has been full of surprises, and these next three months will most likely continue this pattern.  In less than a month, on November 3rd, who the people vote for in the presidential election will greatly impact the actions that we take with these issues. With the country fighting through wildfires and viruses, people are just about ready for the ball to drop in order to start a fresh year.

Many people predicted that the Australian Wildfires would define the year 2020. Destroying over 46 million acres of land, they would certainly be the topic of the year, and then the House of Representatives sent the vote for President Trump’s impeachment. Given that this sparked such a fiery debate, surely climate issues and political bombshells would define 2020. Little did we know, this would only be one of many long, shocking months. Within days of this news, the first case of COVID-19 was confirmed in the United States. Over the next couple of weeks, the World Health Organization (WHO) declared the Coronavirus an international concern. All hope for a good year was not lost when the New England Patriots lost in an upset to the Tennessee Titans, making a clear victory for the Kansas City Chiefs to win Super Bowl LVI. The glory from this victory lasted several weeks, until the news of Ahmaud Arbey’s death from a shooting while he was taking a jog around the neighborhood was revealed. Throughout the rest of the year, this increased the conversation regarding racial injustice even more this year than any other, trending as the Black Lives Matter movement.

As the Black Lives Matter movement progressed, conversations involving Breonna Taylor and George Floyd’s murders by police officers sparked peaceful protests across the country. These protests quickly turned violent when officers began to tear gas citizens and hit people with batons. Although these protests were in the middle of a pandemic, safety precautions were put in place to keep people safe, and the rise in cases was not attributed to these protests. By the beginning of June, the United States was at nearly 1.8 million cases of COVID-19 since the first case in January. The US had originally passed one million cases on April 27th, while the world had just surpassed three million cases—nearly one-third of all the total cases.  At this time, the US had suffered 50,000 total deaths in the month and a half that the Coronavirus had been considered a pandemic by WHO. As of October, there have been a total of over 7.5 million cases in the US and over 36 million worldwide. With cases rising in nearly 39 states, staying inside and avoiding large gatherings is becoming more and more important.

As cases continued to rise, one victim of the virus was none other than President Trump. Two days after the memorable presidential debate, Trump announced that he and his wife had tested positive for COVID-19 and he was admitted to Walter Reed hospital for treatment. Over the next few days, he began to recover and was released on October 5th, two days before the Vice Presidential debate.

While this year did not yield the 20/20 vision people intended to gain, solutions have been made to accommodate the needs of others to allow people to feel connected. The past nine months have moved slowly, but with the end of the year in sight, people are hopeful for a more light-hearted 2021. Solving problems involving COVID-19 and climate change is imperative to finding the way out of the hole we call 2020.