A Constant Spark Of Hope 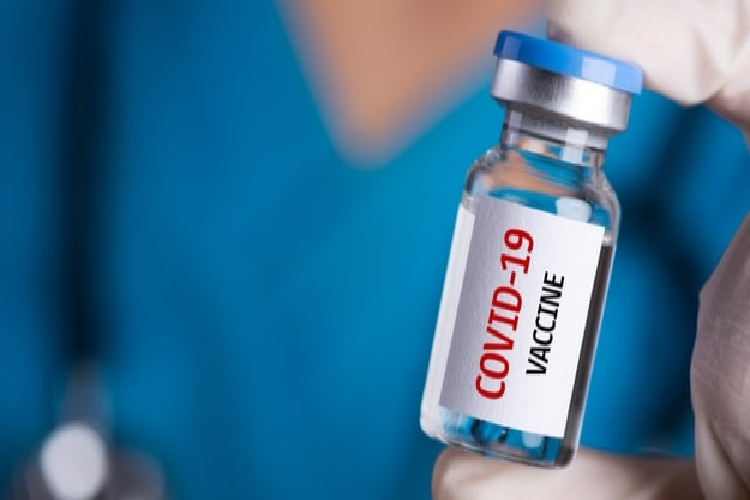 The race toward a COVID-19 vaccine. Photo by biospace.com

In a world turned upside down by a pandemic, everyone’s question is: when will we get a vaccine?

In late 2019, COVID-19 was identified in Wuhan, China. It spread overseas, and by April 2020 it had turned into a global crisis. Restaurants, malls, stores, schools, and every public space that did not consist of an essential activity—such as hospitals and supermarkets—were shut down. People were forced to stay at home for months until the world barely stabilized itself.

“Normal life has a completely new definition,” Andrea Berenice, a junior at Thomas Jefferson, said. “Normal now is to wake up and sit in front of a computer waiting for your teacher to give you an essay about a time where the world didn’t seem to be in an eternal loop of staying at home.” People learned to live using a mask every time they went outside, many schools and universities are still in remote or hybrid learning, hospitals were forced to improve and overpower their medical equipment, restaurants and bars rely mostly on take-out food and deliveries, and the small businesses that hadn’t entered the digital era were forced to create web pages or other alternatives to survive the pandemic. 2020 has proven to be a year outside everyone’s comfort zone.

According to the Center for Disease Control and Prevention (CDC), worldwide there have been 68.4 million Coronavirus cases; 1.56 million have died and 44.1 million people have recovered. Health workers have been working without rest, and even a simple cold can turn into fourteen days of quarantine.

In the United States, there is not an authorized or approved vaccine yet. The government has been working since the beginning of the pandemic with the Operation Warp Speed Association to produce and deliver 300 million doses of safe and effective vaccines, hoping that they will be available by January 2021; the trials have been overseen by the federal government, limiting the options to manufacture the vaccine at industrial scale before it has been filtered by all the regulations, therefore reducing the product risk.

Clinical development is a three-phase process. First, small groups of people received the vaccine. Later on, the vaccine was given to people with determined varying characteristics, such as age or physical health. Finally, the vaccine was distributed to thousands and tested for efficacy and safety. The vaccine also needs to be approved by the FDA (The U.S. Food and Drug Administration’s Center for Biologics Evaluation and Research). By now, the United States has a couple of candidate vaccines, as well as some emergency treatments.

On August 23rd, the FDA authorized the emergency use of investigational convalescent plasma in hospitalized patients. It had proved to be effective in lessening the severity or shortening the length of the COVID-19 illness. For the treatment of non-hospitalized patients with mild or moderate confirmed cases of COVID-19, on November 9th, the FDA authorized the allocation of initial doses of Eli Lilly and Company’s investigational monoclonal antibody therapeutic, bamlanivimab. On November 21st, initial doses of Regeneron’s investigational monoclonal antibody therapeutic, casirivimab and imdevimab, also received emergency approval.

Monoclonal antibodies, which mimic the human immune system, bind to certain proteins of a virus, reducing the ability of the virus to infect human cells. Moderna’s investigational vaccine candidate known as mRNA-1273, developed by Moderna and scientists from the National Institute of Allergy and Infectious Diseases (NIAID), was the first government-funded Phase Three of clinical trials for a COVID-19 vaccine. The trials began on July 27th, however, it is still not ready. AstraZeneca’s candidate vaccine, developed in conjunction with the University of Oxford, began Phase Three of clinical trials on August 31st and is still waiting for approval from the FDA EUA or licensure.

“So close, and so far still,” Berenice declared. “Waiting indefinitely. It is as if tomorrow they can say that a vaccine is ready, and at the same time, they can say that it will take another couple of months or years. It is like keeping a constant spark of hope.”

Even then, it will be a while before the vaccines reach high school students and teachers. They will go first to essential workers, those ranking in between, but not limited to, sectors such as energy, child care, water and wastewater, agriculture and food production, critical retail like grocery stores, critical trades like construction workers and electricians or plumbers, transportation, and social service organizations. Then, the vaccine will go to the most vulnerable populations, and finally to kids and teenagers.

“It is a funny concept really,” Berenice concluded, “to think we’ll be the last ones to receive a vaccine. It is both terrifying and comforting to think that we are the less vulnerable population and the most asymptomatic.”