A Life Saving Others 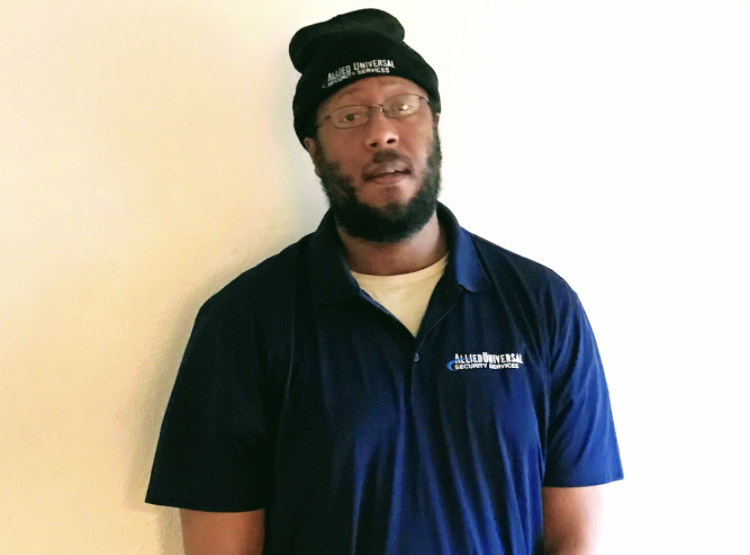 A security guard has to put his life on the line in order to provide for his family and try to save others.

COVID-19 seems to be the only topic being talked about in the last few months, whether that is to inform the world of the stats or to just remind everyone of those who were lost to it. It is a little rare to see any news highlights about how many have recovered from the virus, but when they are presented to the world through the media, it brings a bit of sunshine during these dark times.

Abel Castille, a security guard, was just appointed to put his life on the line by watching over the homeless folks residing in the Denver Coliseum and Denver Stock Show House. The shelters are separated out by female and male. The females reside in the Coliseum and the males in the Stock Show House. These homeless people have either come in contact with the virus and recovered or have not touched it but face a different challenge, such as addiction to drugs or alcohol. Either way, Castille has to keep watch of these people for 12 hours straight.

Leaving home at 7:00 p.m. and arriving home at 8:00 to 8:30 a.m. the next day, Castille has a strenuous profession. Castille is charged with several tasks, making it difficult to get six hours of sleep before leaving for his night shift. It would be a challenging endeavor for anyone, not to mention that Castille has to watch his three-year-old son while his oldest tries to navigate her remote learning classes.

“My nightly routine before I get to work [is that] I make sure I have my snacks and lunch to get me through the night. I have to make sure that my children have everything they need before I get to work in the evening. On the average, I usually get about six hours of sleep daily for a twelve hour shift,” Castille explained. He always finds a way to pull through. Like most essential workers, everyone has to do something before they can officially enter the workplace. Castille is no different. “The first thing I do when I get to work is get my radio assigned and do a radio check. I am briefed by my supervisor on where my post will be for the night,” described Castille.

Being surrounded by that many people who have or may even still have these issues is a very serious case for him and for anyone working alongside him during the shift. At any given time, one of those men may snap, resulting in violence. It is Castille’s job to make sure everyone is taken care of and to keep a positive vibe alive.

Not only does Castille keep a watchful eye out on the homeless residents, but he does so much more. “I patrol the exterior and interior perimeter of the shelter. I make sure there aren’t any altercations. We provide customer service to residents and we protect them as well as being a part of the staff,” Castille stated.

Patrolling the inside and the outside is very tiring, most especially if someone was planning on sneaking in after the curfew. There is a set time frame for when people are no longer allowed to come in, a policy that is in place to account for a building reaching its capacity.

Like most places,residents have to have a clean slate to get in or apply for a job. If their background is not good or they have a bad record, there is a slight chance they will not be able to get in. However the likelihood of that being the case is low, for the simple fact that in today’s pandemic, everyone is concerned and worried about COVID-19 and if anyone has it.

Despite it all, Castille is still helping to save lives despite the fact that he is putting his own on the line. “Yes I am helping to save lives, while putting mine on the line. I provide verbal encouragement to the residents and staff. By making sure no one is hurt and that the rules of the city are put in place, I will make sure that everyone is accounted for doing my job.”