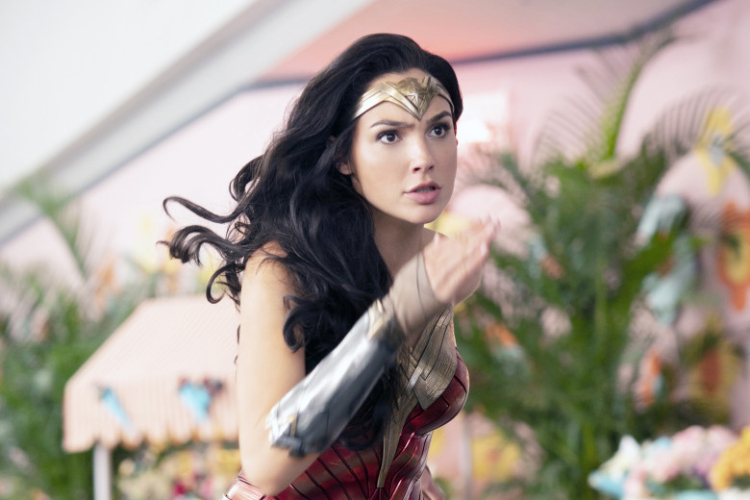 A scene from the movie Wonder Woman 1984. photo by Warner Bros

The new Wonder Woman movie came to many viewers’ homes through HBO Max due to the pandemic, giving more people the chance to watch.

While there have been many negatives that have come out of the COVID-19 pandemic, there have also been some positives, like all of the new movies that have been released. These movies have been enjoyed by many because they are able to be watched safely from home. One movie that many people tuned into in late December was the new Wonder Woman 1984 movie.

Like many people across the globe, I was very excited to watch the new Wonder Woman movie. I have always been a fan of the DC superhero movies, and the previous Wonder Woman movie had been my favorite. There were many parts of this movie I was looking forward to, such as the plot and the characters. For the most part, I really enjoyed this film. I really liked how it was set in the ‘80s because it was really fun to see how different some of the fashion and settings were from the present day. However, there were definitely some parts that seemed a little too modern, mostly things that had to do with Wonder Woman herself. The clothes that she wore and the place where she lived seemed very plain and modern while the ‘80s is mostly known for its bright colors and fun decorations.

Another thing that I really liked about this movie was the cast. I am a big fan of Gal Gadot, who played Wonder Woman, and it was very exciting to see Chris Pine return as his character Steve Trevor. New actors and actresses were introduced into the movie such as Pedro Pascal, who played the main antagonist Maxwell Lord, and Kristen Wiig, who also played an antagonist, Cheetah, also known as Barbara. For me personally, it was really exciting to see Kristen Wiig in the movie, as I am a fan of some of her other movies. Overall, this movie had an amazing cast, but the plot left me with a couple of questions. I noticed while watching that there were some parts of the movie that left me confused and some parts of the movie that seemed unnecessary. For example, the scene where Chris Pine’s character returns in another man’s body seemed to lack a lot of logic, and it sort of just happened without a solid explanation. However, as a whole I thought the plot was really interesting. This film centers around a magic object that the two sides are fighting for. Personally, I feel that this plotline has been seen in many superhero action movies before; however, I still really enjoyed this movie. I love watching action movies for the most part, but sometimes I find them to be super predictable, which was not the case for this movie. There were still some unpredictable parts that kept me on my toes.

Overall, I really enjoyed this movie. The movie had a great cast, a fun plot, and a new setting held during the ‘80s which made it extra fun to watch. I would definitely recommend this movie to anyone who is unsure about seeing it, and I cannot wait to see what comes next for the Wonder Woman films.