An Alarming Threat to Avocados 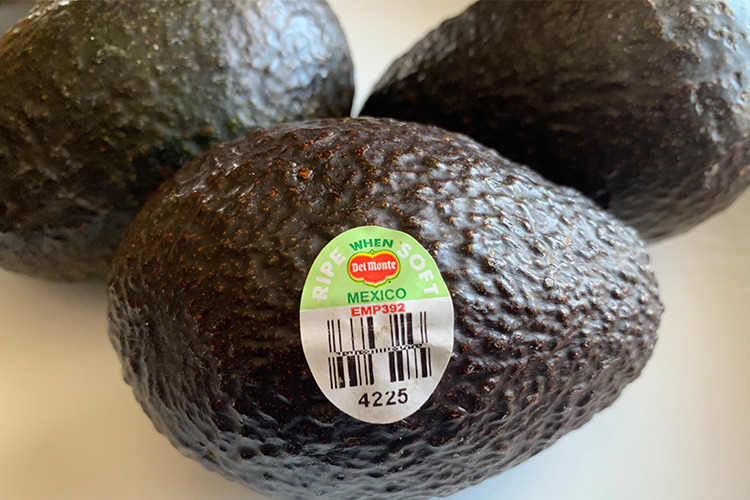 Avocados that have been imported from Mexico, prior to the ban. photo by Lauren Maggio

In the middle of February, the United States temporarily banned avocado imports from Mexico after U.S. workers received a threat from an unknown source.

Many people across the United States panicked when a ban on avocados imported from Mexico was put in place. All of this took place in mid February, right before the Super Bowl. Fortunately, the ban was lifted, and avocado exports in Mexico resumed on February 21, 2022, so U.S. citizens no longer have to worry about where they are getting their avocados.

After U.S. safety inspectors received a verbal threat while working, the United States announced a ban on all avocado imports coming from Mexico. According to the Washington Post, “Mexico supplies about 80 percent of the avocados eaten in the United States.” The details of the threat have been kept private, including where this threat came from. It was also  unclear how long the ban might last. The U.S. Department of Agriculture’s website revealed, “The suspension will remain in place for as long as [it’s] necessary to ensure the appropriate actions are taken to secure the safety of [Animal and Plant Health Inspection Service] personnel working in Mexico.” In recent years, the avocado industry gained interest from drug cartels as another possible source of income for them. Due to past association with cartels and a threat to U.S. workers, security standards and protocols for the avocado industry are now under review.

During this ban, the only region that was allowed to ship avocados to the United States was Michoacan, Mexico. The New York Times described this region’s avocado business as “a big business with annual exports totaling nearly $3 billion. The bulk of those avocados go to the United States.” Avocado workers in this area were working very hard, producing more avocados during the ban as they were the United State’s only source for avocados. It was a hard time for the workers in this area, making them very thankful that the ban only lasted for a little less than a week. If the import ban had lasted longer, there would have been major impacts on the United State’s economy, such as having too many avocados to sell in a short period of time and many avocado workers losing their jobs and only source of money.

Many people across the nation were worried about a potential shortage of avocados during this time, especially with upcoming celebrations like Cinco de Mayo and the Super Bowl. Although the ban was lifted prior to Cinco de Mayo, it was still in place on the day of the Super Bowl. As a result, when Avocados from Mexico aired their newest commercial during the game, football fans were surprised and a little bit confused. Due to everything going on in the avocado industry, the ad received many mixed reviews online.

While the threat that caused the ban on avocado imports to the U.S. from Mexico has been lifted, many U.S. citizens were upset and confused, especially after the Super Bowl. Fortunately, the ban was over before the United States could have faced serious implications.