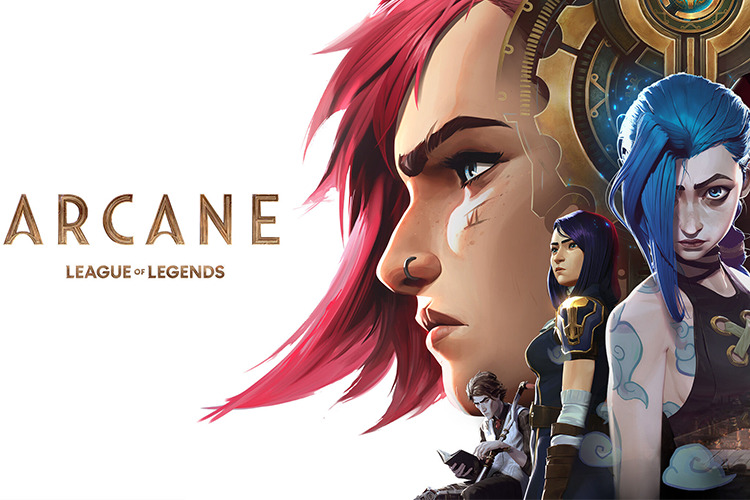 Arcane: League of Legends is a stunning new series that hit the streaming world on Netflix, allowing watchers to be immersed into the universe of League of Legends without having to understand anything about the game.  The show was released on November 6th, 2021,and appeals to both long-time fans of the game and those who have never even touched it. With well known voice actors and a mix of 2D and 3D animation, the show hit number one on Netflix’s Top 10 Chart in 52 countries, gaining prominent attention throughout the world.

Arcane follows the origin stories of multiple different champions in the video game. Champions are the titles given to the different characters in the game that the players control. League of Legends was released in 2009, so the show featuring these champions wasn’t released until 12 years later. The story mainly focuses on two champions, specifically sisters Vi and Powder (whose champion name in the game is Jinx) who fight on rival sides of a war that separates the fictional cities of Zaun and Pilltover. After the death of their parents, Vi and Powder are taken in by Vander, who took them in as his adoptive daughters, and raised them in the undercity, which is later called Zaun. After an incident with the crime lord Silco, Vi and Powder lose their father figure and their “brothers” during the accident; Powder ends up being the cause of their passing. Vi then breaks down and blames it all on Powder, running away only to be captured by the Piltover officer and put in jail, leaving Powder in the care of Silco.

A time-skip occurs so the last six episodes are assumed to take place several years later, showing that Silco took Powder in as a daughter and changed her name to Jinx. Up in Piltover, lead inventors Jayce and Viktor, who are also champions in the game, create Hextech which are devices that have the ability to rival magic. Another champion seen is a young Piltover officer investigating the drug ring of Shimmer in the undercity, named Caitlyn Kiramman. In order to investigate the ring further, Caitlyn releases Vi as she knows about the undercity and Silco. Out of prison, Caitlyn and Vi work together to try and stop Silco and get Jinx back. However, a war breaks out between the undercity of Zaun and Piltover, and the leaders of the respective cities try to find a quick solution towards peace. The last episode ends on a cliffhanger, leaving a lot to be seen in the upcoming season to be released in late 2023.

Arcane falls under the action, science fantasy, and steampunk genres, leaving a lot of creative freedom for animating the show, ultimately with Fortiche and Riot Games integrating a unique style. With a mix of 2D and 3D animation, all the basics of 3D production were integrated, so everything reflected real-life features. The production companies then used 2D animation to enhance the characters’ features, special effects (FX), and backgrounds so that the environment of the show fit a graphic look. All together, this created the look of the show that makes it seem like the characters are really lifelike while maintaining  a cartoon style.

Along with the incredible animation, Arcane brought out strong voice actors and an album of 11 songs all crafted just for the show. Voice actors including Hailee Steinfeld as Vi and Ella Purnell as Jinx, as well as many others, brought the appropriate emotion needed to portray the depth of the show. The album features many large names in the music industry such as Bea Miller, Imagine Dragons, and Sting. All the songs in the album were featured in the show in their respective episodes and fit the atmosphere of the show’s scenes perfectly. The music crafted can also easily be listened to without having any connection to the show. Just like the idea of being able to enjoy the show without any knowledge of the video game, the music can be enjoyed without any knowledge of the show.

All the different aspects of Arcane allowed the show to be received very highly from the public. Earning 100% Rotten Tomatoes and an average of 97% ratings from viewers of the show, Arcane: League of Legends is Netflix’s highest-rated original series. Many call it a masterpiece, and that cannot be further from the truth. With complex characters, an amazing soundtrack, and beautifully crafted animation, Arcane has expanded on a previous universe while setting a new expectation for any upcoming television series.