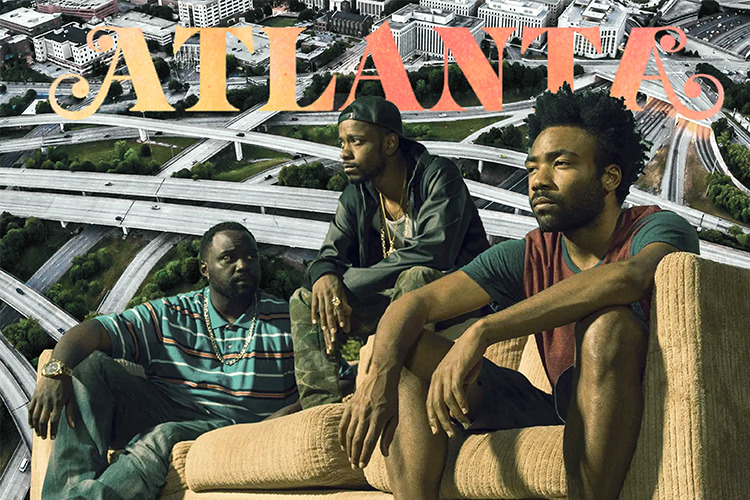 Since the show was released in 2016, Atlanta has become one of the premier examples of how television can use surrealism to explore societal issues.

Before talking about the show itself, I first have to talk about the main reason I started watching it in the first place: Donald Glover. He is the definition of a renaissance man -a person with many talents or areas of knowledge. As if being an award-winning musician and actor wasn’t enough, Glover created Atlanta and also produces, writes, and stars in it, garnering him numerous awards including an Emmy for Outstanding Lead Actor in a Comedy Series. Before falling in love with Atlanta, I fell in love with genre-bending music artist Childish Gambino A.K.A Donald Glover—in fact, I’m listening to one of his albums while writing this article. In 2016, the same year that Atlanta was first introduced, Glover released his Grammy-winning album “Awaken My Love!” I can’t help but see a major similarity between the album and the series.

Seeing as Glover is the brains behind the show and the album, it makes sense that there would be similarities between the two, and while I doubt that this was entirely purposeful, I think it’s important to acknowledge the parallels between Glover’s multiple artistic ventures. For starters, both the album and the show are in a class of their own when it comes to uniqueness. Despite being classified as a “rapper,” “Awaken My Love!” has no genre. Instead, it is a mix of funk, soul, R&B, and psychedelic rock that was released at a time when rap and pop rule the charts. The only album I can think of that even comes close to this sound is “Maggot Brain” by Funkadelic, but even Funkadelic doesn’t incorporate the range of sound that Glover does on his album. Likewise, there’s no show on television that can be compared to Atlanta. Similar to “Awaken My Love!,” Atlanta can’t be defined by one genre. Not only is it a surreal mix of horror, comedy, and drama, but the show has also never shied away from touching on sensitive topics such as racism, corruption, sexism, and violence. Together, Glover’s magnum opus album and show highlight his reluctance to be put in a box. Regardless of what may be the most popular in entertainment, Glover has never been swayed by the opinion of the masses, which is one of the reasons why Atlanta is as amazing as it is.

However, perhaps the most important similarity between the two is their shared commentary on racism and the experiences of people of color living in America. Throughout the series we see Earnest, the show’s main character, struggle through poverty, violence, relationships, and fatherhood while trying to balance his newfound career as a manager for his cousin, Paper Boi. While the first two seasons are mainly plot-driven and rely heavily on the main characters Earnest, Paper Boi, Darius, and Van, the third season has thus far taken a step back from this original approach. Many fans feel disappointed in season three’s lack of emphasis on the original group, but as Glover told Variety at the season three Atlanta premiere, “We just wanted to make a black fairy tale,” which became evident in the season’s first episode.

After returning from a four-year hiatus, fans expected the series to begin right where it left off with Earnest, Darius, and Paper Boi traveling to Europe for Paper Boi’s first European tour, marking the beginning of the group’s newfound success. However, the season’s first episode “Three Slaps’” begins in Georgia instead of Europe, portraying an eerie scene of two new characters fishing on Lake Lanier late at night. The two characters are engaged in a conversation with the white man telling a story to the black man about the ancient town beneath them, a prosperous black town, that was flooded to make the lake. He also shares how the black townspeople were so successful that they were “almost white,” introducing the question of what constitutes as “whiteness.”  The white man finishes his monologue by telling the black man that they are “in the same boat,” both literally and figuratively as both white and black people are cursed. As the opening scene of the two men comes to a close, we are transported to a classroom where it is revealed that the conversation between the two men was all a dream of a young black boy named Loquacious. Loquacious becomes the main character in this episode as we follow his journey through being put into a foster home. The remainder of the episode portrays events similar to the Hart family murders, where a female couple adopted six black children and committed murder-suicide by driving off a cliff, killing all eight members of the family. Luckily, in “Three Slaps,” Loquacious and his siblings managed to escape from the car, avoiding tragedy. However, the two foster moms, Amber and Gayle, don’t escape and end up driving the car into the same lake that was shown in the episode’s intro, Lake Lanier. The events of this episode are used to highlight the ever-growing mentality of “white saviors” and illustrate the irony that comes with it. This isn’t the only time this mentality is explored in this season. In episode six, a white woman buys out a Nigerian-owned, brick-and-mortar restaurant to turn it into a white-owned, gentrified food truck hoping to bring the restaurant to its fullest “potential.”

Immediately, the viewer can tell that this season is going to be different. Even the cast acknowledges that fans may be disappointed in the show’s drastic change in direction as the episode description reads, “Wow it’s been a minute. I mean, I like this episode about the troubled kid, but we waited 50 years for this?” According to statistics from TV Series Finale, viewership from season two of Atlanta to season three has dropped by more than half as the average number of viewers per episode has fallen from .639 million to .286 million. Granted, there have only been six episodes released so far in season three, two of which haven’t featured any members of the main cast, but regardless, it seems as though the show’s shift in the theme has driven away many former Atlanta fans.

With that being said, I have really enjoyed this season so far. Yeah, we’re not seeing as much of the main group, but we’ve been getting a lot of necessary commentary on racism and classism among numerous other issues that are rarely touched upon in mainstream media. We’ve also been given a different view of the music industry than previously seen in seasons one and two. Paper Boi has already blown up, thus we’re no longer seeing him come up. Instead, we’re given a lens into Paper Boi’s struggles staying true to his upbringing despite the wave of white executives trying to whitewash him for their own financial gain.

I could go on and on about all the reasons why I love Atlanta. In this article, I barely scratched the surface of how deep my love for this show runs, but I also wouldn’t be able to express that appreciation even if I tried. Every time I watch this show, I discover something new: a new theme, a symbol I didn’t see before, a well-concealed reference, or even just a new joke that flew over my head on the first watch, which is what I love most about this show.