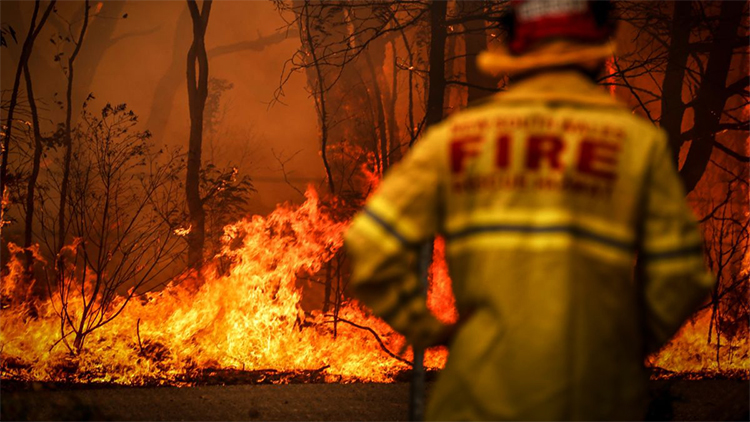 Millions of acres have been burned, hurting countless wildlife and millions of animals. photo courtesy of CNN.

The Australian wildfires have become a major threat to the environment, civilians, and wildlife.

Australia has gone through one of the worst catastrophes of 2019, and easily the worst of 2020 so far. Having already passed over 14.7 million acres, which is seven times larger than the Amazon rainforest burned, these fires have posed major threats to everything alive in the country. Firefighters are traveling from around the world to help, animal rescue teams are working tirelessly to reduce the death count of animals, and donations are coming in constantly from around the globe, so people are able to show their support and help in any way they can.

The Australian bushfires are a yearly occurrence, just like those in California. However, this year they were exponentially worse. With these annual fires combined with the dry climate, the fires spread massively. The cause of the fires was not due to climate change, despite popular beliefs. What is due to climate change though, is the time during which they began. Fires have been starting earlier each year due to climate change, extending the season further and creating more damage. With the amount of smoke that these fires have already let off, just this season alone has produced approximately the same amount of  CO2 that Australia typically produces within an entire year. Also with these fires creating so much smoke, it is reaching many neighboring cities that might not be on fire themselves but is still feeling the effects, including long term respiratory problems and also spikes in diseases such as Parkinson’s. The smoke is so strong that it has traveled outside of Australia and even reached into New Zealand territory, giving the civilians of New Zealand concern for their health as well.

With smoke spreading to every state within the country, many lives are in danger. Already 29 people have lost their lives. It is estimated that over one billion animals have died, and though there isn’t fear of extinction, large numbers of the koala and kangaroo population have dropped. Even with citizens attempting to help these endangered animals, their death count continues to rise heavily.

With all these negatives, the world has attempted to help Australia in any way they can. The main form of support is through donations and fundraisers, which provide support to many different types of people in need. Donating to an organization can help send food to those who have lost a home. People can also send money directly to those who are displaced. The easiest way to help those who need it most can be found through donating to organizations such as the Red Cross, who are donating money and sending volunteers to help. Another organization, GIVIT, are matching donated goods with requested items from displaced families. Other types of support include sending volunteers directly to Australia to aid every person that they can. Airbnb hosts are helping by supplying free housing so that people are not homeless. Many celebrities have stepped in to donate mass amounts of aid to organizations that they believe will offer the most support.

By wishing for rain and any natural help, Australia’s prayers have been answered too well. Lots of rain has been dumped, and although that is good news for putting out the fires, rain causes a new threat of severe flooding. Australia needs more help than ever, and with every person’s help, they will be able to recover and return to a life without the constant fear of the deadly fires lurking right outside of their homes. With global support, they will be able to live freely again.