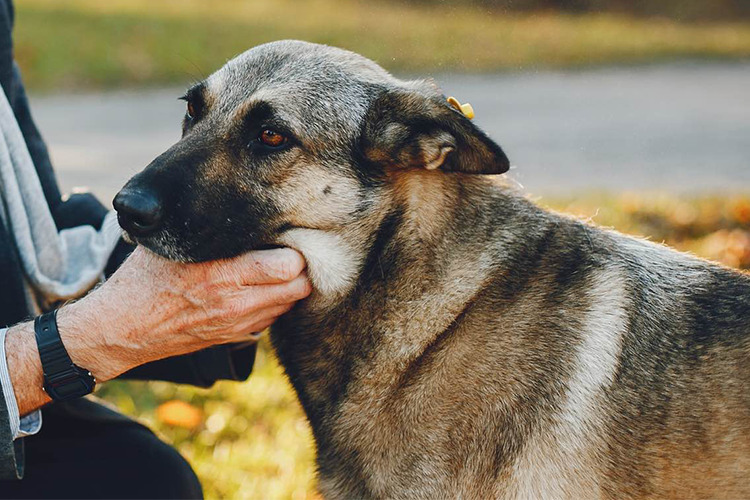 Dogs with CDB require different support during development compared to dogs without this condition. photo by Hospital Veterinari Glories

Dogs with Canine Dysfunctional Behavior have different ways of behaving, communicating, and interacting with others.

In humans, autism is defined as a condition related to brain development that impacts how a person perceives and socializes with others or one that may exhibit obsessive interests and repetitive behaviors. Many do not know that dogs can exhibit similar behaviors, but instead of autism, this is referred to as Canine Dysfunctional Behavior (CDB). CDB is an idiopathic condition, which means that the cause is unknown. Researchers theorize that this disorder may come from a lack of certain neurons in the brain, which are believed to help dogs learn social norms. These neurons are called mirror neurons because they help younger dogs “mirror” older dogs. Without these neurons, a dog will not be able to develop the skills needed to build social relationships throughout their lives. Symptoms of CDB appear during the puppy stage of a dog because it is an inherited disorder, meaning it is not caused by other factors. Due to a lack of information and evidence regarding CDB, the process of diagnosing a dog with autism can be complex. Veterinarians typically perform a number of behavioral tests to see how the dog reacts to certain situations because CDB does not have a spectrum like human autism does, thus animal specialists are required to rely on behavioral cues and compare them to responses that are considered “normal” in dogs. Very common symptoms of CDB include antisocial behaviors, extreme anxiety and restfulness, abnormal reactions to stimuli, repetitive motions, and communication issues.

About three years ago, my family and I adopted a five month old German Shepherd mixed with a Border Collie from a rescue center in Brighton, Colorado. Her name is Bailey, and after a couple of weeks of living with Bailey, we began to notice her irregular behavior. We observed that she did not want anything to do with interacting with humans or animals, but at first we did not think much of it. Then, we picked up on her obsessive-compulsive behaviors. Bailey circles around our house repetitively and chases her tail endlessly at times. We also noticed her lack of eye contact with not just us but with just about anyone. The most concerning action of Bailey’s that eventually encouraged us to take her to a veterinarian is her intense reactions to the slightest touch of a hand. She is extremely hypersensitive to any kind of stimuli and reacts with harsh flinches and occasional yelps. After taking Bailey to a veterinarian, we were informed that her extreme anxiety and odd behaviors lead them to the conclusion that she may have CDB. They suggested that we get her a trainer that could provide us with strategies and procedures we could regularly do to help with her social anxiety because, unfortunately, there is no singular treatment for CDB. Bailey has become more than comfortable with her trainer, and over the past couple of years, she has slowly improved her reactions to those that are unfamiliar. As for her hypersensitivity, she is still very sensitive to touch and certain sounds, but we hope as more time goes on she becomes more comfortable. Regular exercise has also been proven to help lower a dog’s anxiety, therefore before having guests over we take Bailey out for walks to decrease her stress. Throughout the past couple of years, Bailey has been quite a concern for me and my family, but she continues to learn and grow every day.