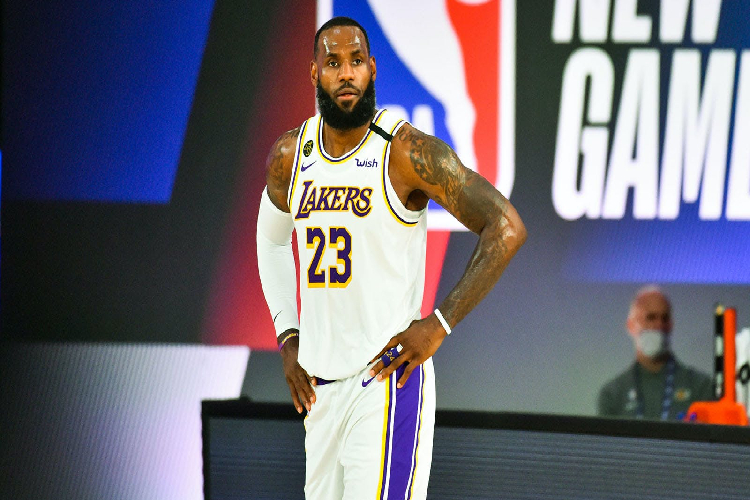 Lebron James on the court during the NBA finals. photo courtesy of Lakers Daily

After four months off due to COVID-19, the NBA made its awaited return and gave its fans much to enjoy.

It feels like centuries since the NBA (National Basketball Association) season came to an abrupt halt on March 11th due to the COVID-19 outbreak. The league’s representatives and players frequently met in an attempt to decipher the safest way to make the return. After over four months of no basketball and millions of devastated hoop fans, the NBA finally made its return on July 30th. The league designed a “bubble” format for the remainder of the regular season and the playoffs that would take place through the ESPN Wide World Sports Complex in Orlando, Florida. Though the majority of the players in the organization were eager to return and make their playoff dreams come true, several players refused to participate in the NBA bubble for various reasons. Some did not want to put their family at risk, while others had underlying health issues. Brooklyn Nets star guard Kyrie Irving sat out because he thought the NBA wouldn’t do enough for the Black Lives Matter movement. Although there were many doubts about the NBA bubble, it ended up being a huge success.

After the eight-game regular season took place, the top 16 teams headed into the anticipated playoffs. The playoffs brought historical events and nail-biting games. Colorado’s very own Denver Nuggets, the second seed in the Western Conference, came back from a 3-1 game deficit not once but twice against both the Utah Jazz and Los Angeles Clippers. The Nuggets, led by superstars Jamal Murray and Nikola Jokic, became the 13th team of all time to make this comeback in the playoffs and the first-ever team to do it twice in the same playoffs.  Lifelong Nuggets fan and senior Grant Vanderiet said that seeing the success his team had this year was “certainly a bright light in the dark year of 2020. It gave me something to look forward to during a time where those kinds of events are so hard to come by.” Games like game four of the LA Clippers vs Dallas Mavericks series was an example of the spectacular matchups that these playoffs gave its fans. The game was finished after Mavericks’ guard Luka Doncic nailed a deep three-pointer to put his team ahead with three seconds left in double overtime.

As the NBA bubble came to a close, the final stage was set for the Los Angeles Lakers, led by Lebron James, to play the Miami Heat, led by Jimmy Butler. The Heat was the clear underdog throughout the series, as James and his Lakers team proved to be overpowering. In six games, the Lakers ousted the Miami Heat, winning their 17th championship as a franchise. This one was extra sweet as the team nominated the win towards the late Lakers legend who passed away in early 2020, Kobe Bryant. This title made James a four-time finals champion and four-time finals MVP, adding to his already impressive resume.

This NBA season was the longest in the history of the league, and many thought it wouldn’t continue. After an almost year-long season, including a four-month break and even boycotted games, the season certainly had its ups and downs. Despite this, the NBA bubble can be ruled as an overwhelming success, as there were zero cases of the coronavirus throughout its duration.