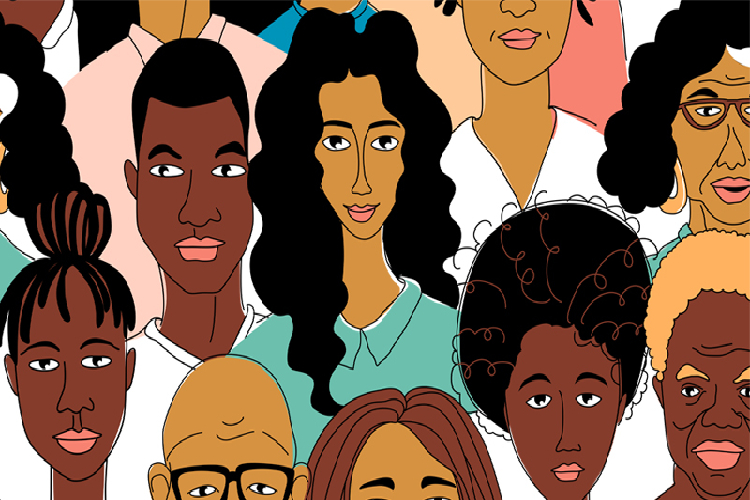 Black History is rich, complex, and full of individuals whose accomplishments were and still are overlooked because of the color of their skin. photo courtesy of Global Talent Acquisition

After several months of social media, news, and political coverage on the Black Lives Matter movement, Black History Month has more attention than ever.

The curricula in schools that cover Black History Month often focus on Frederick Douglass, Martin Luther King Jr., Malcolm X, Rosa Parks, and then call it good. This shortened version of hundreds of years of overcoming oppression is a perfect example of how Americans view Black history. Systemic racism has been built over hundreds of years and it takes much more than the efforts of a few key leaders to overcome. We need to properly educate ourselves on the history of Black Americans and analyze the internalized bigotry that many Americans still possess in order to accomplish the goal of Black History Month.

The Black Student Alliance (BSA) at Thomas Jefferson High School is working to spread coverage on Black Americans during Black History Month. Senior Jael Iyema, president of the BSA, stated, “BSA plans on highlighting historical figures, current and former, that are overlooked during Black history month, as well as historical events and definitions people might not know.” TJ’s BSA recognizes that the key to overcoming generations of racism is minimizing ignorance. “In a year full of blatant misinformation and discrimination towards Black Americans, Black History Month this year especially is a time where Black Americans get to say, ‘Hey, do you see now how our history is just as important as yours?’” said Iyema. The BSA is sharing an informational thread, a video, or a suggestions thread every weekday of February on their Instagram, @TJHSBSA. The posts so far have included information on Susie King Taylor, misogynoir (misogyny directed towards Black women), Black movies and directors, James Baldwin, Robert Smalls, and social injustice. By educating the Thomas Jefferson community on Black history and its importance, the Black Student Alliance is helping to minimize the ignorance around Black history.

2020 was a wake-up call for many Americans. The video of George Floyd’s murder by Minneapolis police officers J. Alexander Kueng, Thomas Lane, Derek Chauvin, and Tou Thao was undeniable proof that police brutality is still coursing through America’s veins. Iyema questions Americans by pointing out how the lack of education is fueling injustice. “Do you see how not educating the world about who we are and what we’ve done leads to our history being swept under the rug?” A history forgotten is a clear path to its repetition, as seen through police brutality. The blatant evidence of injustice in the American justice system, such as police brutality, sparked protests nationwide. Seen by the nation for the first time in years, the Black Lives Matter movement launched into a new era, feeling support from all across the world. Now that the momentum from summer protests has died down, it is time for all people to see that Black lives don’t only matter when they are being taken by police officers.

Black History Month is the perfect time to open the eyes of the nation to see the centuries of discrimination Black Americans have overcome to achieve the same accomplishments other Americans are handed on a silver platter. “Now is the time Black Americans are rising and saying American history is our history. Our ancestors have built this on their backs and Black Americans continue to carry the American legacy on their backs to this day.” Twenty-eight days is not enough time to educate the world on the contributions of Black Americans. “American music, culture, and art continue to thrive because of Black Americans,” emphasized Iyema. Without Black Americans, the United States of America would not be anywhere near as developed as it is today. Challenge yourself to become educated about the Black Americans who built this country while facing slavery, discrimination, police brutality, and many more systemic factors built by white supremacist ideals. In the words of the late great Malcolm X, “Education is the passport to the future, for tomorrow belongs to those who prepare for it today.” Do your part this Black History Month by acknowledging and overcoming your own internalized racism by seeking and spreading information on the history of Black Americans.