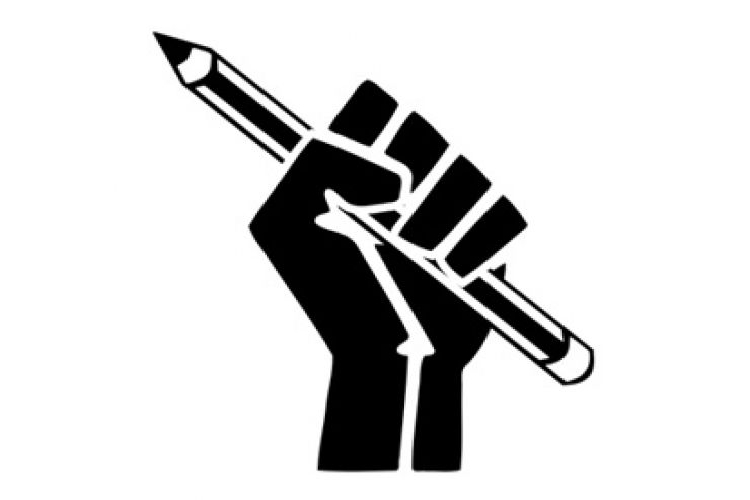 Black excellence is urged and recognized in education. graphic courtesy of bostonreview.net

The College Board launched the virtual “Real Talk” series to connect Black students with admissions representatives from universities across the country.

Historically, it’s no secret that the Black community was constrained from accessing education in the social and political climate of the United States. After emancipation, the former slaves’ desires for education increased and were not satisfied by the poorly funded and segregated schools. Several of the renowned Ivy League institutions of today were among the first universities in the United States where this access to post-secondary education was barred to Blacks. After the Civil War, public support for higher education for Blacks was urged through government policy. Before these established laws were enacted, Blacks came together to provide primary and secondary education for students. The 1900s hit, and courses were offered at the postsecondary level, introducing HBCUs (historically Black colleges and universities).

While it was nice to know an accepting space was established for Black students to attend school and gather the same opportunities as their white counterparts, their choices were still limited. Black students weren’t found on any Ivy League campuses, which set a foundation for the lack of diversity at these schools in years to come. “I knew that Black students went to these schools, but I’ve always believed that they made up a small portion of the student population,” said Deqa Muse, a junior at TJ who is very in touch with her future. The numbers support her mindset, given that the percentage of Black students at Ivy League universities and other selective colleges only being eight percent. This became the magic number, as Harvard’s freshman class in 1984 was also eight percent Black. This isn’t representative of the 15% of Black high school graduates, as the lack of diversity sprouts from the makeup of classrooms of higher level classes.

There has certainly been progress regarding representation at the high school level, but the lack of racial differences are evident in AP and honors classes. Reasoning is different for everyone regarding why Black people in particular may not choose to take these classes, but it comes down to how Black students feel in these environments. They may not feel a sense of belonging or empowerment, which is prevalent according to the Black Lives Matter movement that has brought systemic disparities within education to light. Brittany Johnson, the representative of Princeton University, expressed, “At a time like this where we’re having more conversations about race and identity and privilege and what it means to be in a space like Princeton, it is an exciting time to be in my role as coordinator of diversity outreach, and thinking about how the Princeton of today can be fundamentally different than the Princeton when we were founded.” This is the message the College Board wants to express as they run AP tests and the SAT—exams that high school students are fondly aware of. This prompted them to create the Real Talk series to encourage and represent the Black demographic.

Six Black women on the College Board team came together to create a series of three virtual events incorporating HBCUs, Maryland institutions, and Ivy Leagues. Emails were sent to students with access to register for these events with a list of the featured schools. These calls were hosted on school evenings for several hours but did not take the form of a typical lecture. Content creators Freddie Ransom, Jaycole, and Khadi Don opened the calls, providing a relatable outlet for student engagement. They granted words of wisdom and later handed off the mic to the school representatives. They gave information about the admissions process, majors offered, and campus life with a big focus on community. “I think these schools are now attainable for me. It’s no longer a far fetched idea, but a goal that I can work towards. It made me realize the only thing stopping me from attending these schools is me,” Muse reflected.

Nearing the end of each call, questions asked by students in the chat function were answered by each school representative. Accompanying these answers was encouragement as the host Queenstar Akrong exclaimed, “You are excellent in your own right, you are worthy of being who you are, and I just want to remind you whenever you are having a bad day, whenever you’re feeling down on yourself, you are called for this moment.” Dreams and goals that inhibit Black students’ minds don’t solely prosper in their heads. This year has created the space for real talk as Black voices are being heard. Black excellence isn’t confined to any stereotype but instead can be discovered in every profession with the guidance of education. Diane McKoy, the Columbia University representative, summed it up best by saying, “Your voice can be heard, and that’s the power of the voices of the Black community on campus; it’s always been very, very clear and much about collaboration. We thrive on the fact that we want to create more Langston Hughes, more Paul Robesons, and more Barack Obamas so that we can make this world a better place.”