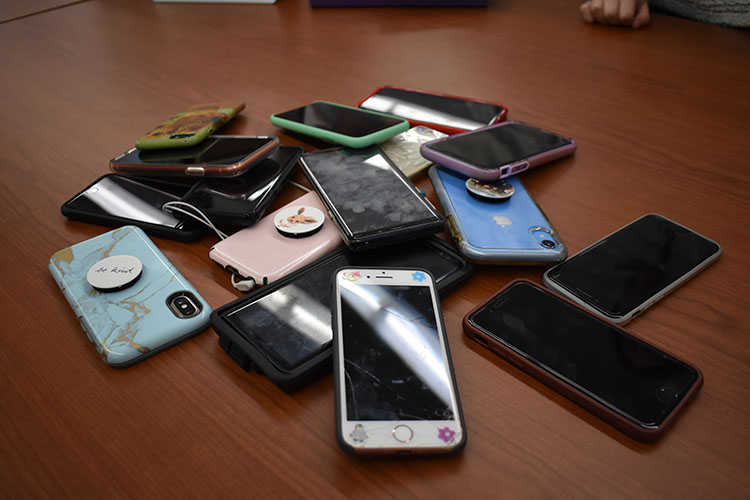 I ditched social media and saw the world through new eyes.

The majority of students in high school are addicted to their phones, but, even more, so social media. Kids are constantly looking down to check a new notification, and some seem to not be able to go a few days without checking their socials. Regrettably, I was one of those kids. Spending hours a day on my phone, mainly on apps like Snapchat, Instagram, and Twitter, I noticed it got to an unhealthy amount. It was impossible to focus if I felt a buzz and was not able to check it. So, I decided that for a week, I would drop all social media that I had on my phone and see what type of difference it would make for me.

I decided to keep my phone just in case I needed to contact someone for emergencies, so losing all social media was the next best bet. A solid five days felt like a good amount of time. I began the morning I woke up on Monday and would return on Saturday morning.

On Monday, I constantly grabbed my phone, opened it, and was disappointed. The number of times that I accidentally opened the astrology app that had replaced the position of Tik Tok, seemed endless. When other people would be on their phones, I would quietly look around, bored out of my mind. I talked to people I usually did not talk to in person, but deep down I just wanted to be on my phone. When I came home from school, it got worse. I got home, went on my phone just to be disappointed again, then just sat in silence for a good ten minutes, wondering what in the world I could do. I decided to actually do my homework and not procrastinate (a very rare occurrence), and that felt nice until it was over. I found miscellaneous things to do, like walking my dogs and even playing with a plant because I got so bored, but then I finally felt tired enough to go to bed.

Once I woke up on Tuesday, I had to constantly remind myself to just go throughout my day without even thinking about social media. Every time my phone would buzz I reached for it, thinking a Snapchat miraculously came through. It was always a letdown and a recommendation from the news app for an article I should read. It felt easier than the day before, but still very awkward. My hands were so free. I was once again bored by the time that I got home so I just decided to not think about what might be happening again and do more time-consuming things: going to the gym even though I did not feel like it, doing even more homework (again, a big shocker), and even going out to eat.

On Wednesday, I think my brain had finally clicked. I didn’t feel the urge that much. I had finally gotten the hang of not tapping on the screen for apps that were not there, and the day was a lot calmer than before. I did not stress about seeing other people on their phones and wondering if I could log in, I just ignored the phone in general, talking to people as much as I could to fill my boredom. After school, I realized something that could easily fill my time: a coloring book. I got one and thank god I did because that took up so much time that before I could finish my dragonfly, I felt the need to go to sleep.

Thursday and Friday both felt the same as Wednesday, just going through my day without my phone. It had finally become a realization. I seemed to be much more light-hearted on everything. The stress had completely faded and I seemed relaxed again. It was just me and my coloring book… until Saturday morning came. I woke up and went through the first half of the day not even realizing I could redownload everything. Halfway through the day, I remembered, debated whether or not I should return to social media. I finally realized that since I was going into a break, it seemed better to have it all back.

Once I logged into all my accounts again, I had to promise myself not to let it control me anymore. I had to let myself live in both worlds. I feel like since then, I have completely done that. I lessened my screen time by at least 80 percent that week too, which was a joyous achievement. I do not think life is presumably better without social media; I just think that without control, it can easily become a disease. Being aware of that can really make a change.