Crypto: Is It Worth It? 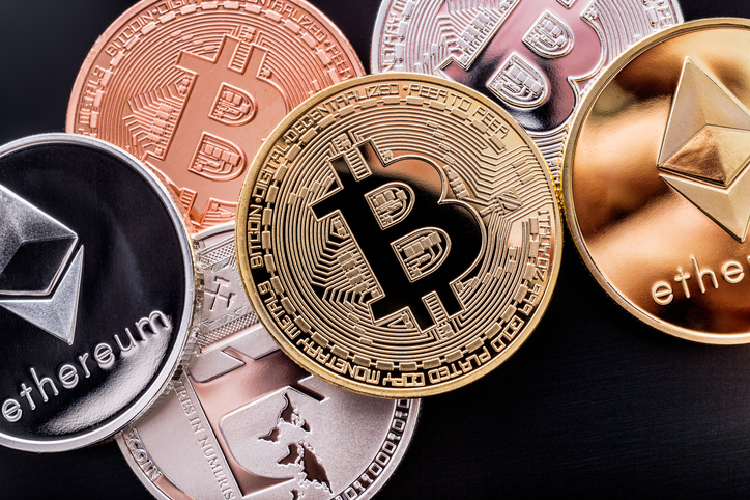 Bitcoin and Etherum are two of thousands of cryptocurrencies. digital versions of this crypto obtained from CFO.com

Digital currency is on the rise, here is a guide to understanding the origins of the most popular cryptocurrencies.

Cryptocurrency is decentralized digital or virtual money that is secured by cryptography making it impossible to counterfeit or double spend. Unlike the U.S. dollar or the Euro there is no designated authority that manages and maintains the value of those currencies, these tasks are dependent on cryptocurrencies users on the internet. Cryptocurrency can be bought and traded on investing apps such as Coinbase, eToro, Robinhood and CoinMama, and can range anywhere from 56 cents to 56,000 dollars. The digital currency can be used to purchase goods or services and like the physical wallets we keep to store our cash, digital currency is stored on a digital wallet that can be hardware-based, web-based, on a mobile device, or on a computer desktop.

To those unfamiliar or new to crypto: cryptocurrency may seem like an entirely new idea. With over 5,000 alt coins currently available to purchase, it isn’t actually new at all. The first ever cryptocurrency was created in 2009 by Bitcoin inventor or inventors under the presumed pseudonym Satoshi Nakamoto. The world’s oldest and biggest digital asset didn’t reach its first dollar until February 9th, 2011. This year Bitcoin reached an all-time high of $64,906 dollars and is now fluctuating between $57,000 and $58,000 and yes, that is just for one coin. One of the main reasons why the coin is so expensive and has increased in value in the span of 10 years is because investors expect cryptocurrency to be the primary form of currency in the future; therefore, those who hold it will be ahead of the game and prepared if the time comes.  A wide range of online merchants accept Bitcoin as a form of online payment, the products and services one can buy with it include: real estate, video games, clothes, vacations, and more recently, TESLA CEO Elon Musk has announced that the vehicles can be bought with bitcoin. This is a big step forward for the cryptocurrency insurgence and the future of the world currency exchange.

Making history by becoming one of the largest cryptocurrency exchanges in the world in under 180 days, Binance (BNB) is the third most popular digital currency on the market. Binance was nvented by Chinese high frequency trading software developer Changpeng Zhao who goes by “CZ.” The main objective of Binance is to trade and pay fees on their website. BNB can also be exchanged for other cryptocurrencies such as bitcoin, which is why this alt coin has made a lot of noise and has woken up other crypto enthusiasts to invest in its unique abilities. Unfortunately, residents in the United States are blocked from purchasing BNB on their website. In July 2019, Binance gave its United States users 90 days to prove that they had not violated Binance’s terms of services, and if they could not provide evidence, then Binance barred them from trading and depositing on their exchange. Binance is currently using advanced technology to analyze deposits and withdrawals being done by traders.

Even though Bianance isn’t available for US citizens, this alt coin, created by IBM software engineer Billy Markus and Adobe software beginner Jackson Palmer, is available to purchase and began as a joke that the world now takes seriously. Markus wanted to create a crypto that would be available to everyone and anyone. He found Palmer to help his dream become reality. At the time, a meme of a Shiba Inu breed of dog named “Doge” was circulating the internet with a series of inside jokes; Palmer purchased the domain name “dogecoin.com” and now the coin is the fifth most valuable cryptocurrency on the market. Markus’s dream isn’t entirely his own, in fact East High School Senior Yonatan Manor believes in his vision as well. “I saw dogecoin as the next opportunity to be a part of a financial revolution,” he says excitedly. Manor had missed out on the Game Stop phenomenon but was fortunate enough to stumble upon a community on Reddit where people didn’t only care about the price of dogecoin increasing, but doing charitable actions with the money they made from dogecoin. Using a crypto buying and selling app called “Voyager,” he purchased 1,700 dogecoins for one hundred dollars and then another 5,000 for two thousand five hundred dollars, money generously given to him by his father. Dogecoin has been and continues to be supported by people with all sorts of financial backgrounds hoping to get their toes dipped into the pool of cryptocurrency. The coin is currently valued at 64 cents per coin, so buy while you can.

One shouldn’t feel pressured to catch the crypto wave, although it may feel like the tides are pulling in people from all over the world every day. Like any investment, cryptocurrency has its risks and rewards. Vitalik Buterin, Founder of Ethereum, the second most popular cryptocurrency in the world, says that “Cyptocurrencies could drop to zero at any time”, and for some that is not a risk worthy of taking. He also says that “If you’re trying to figure out where to put your life savings, traditional assets are still your safest bet.  When it comes to investments, you should put your money where you feel would benefit you the most, but cryptocurrency is definitely an opportunity worth examining.