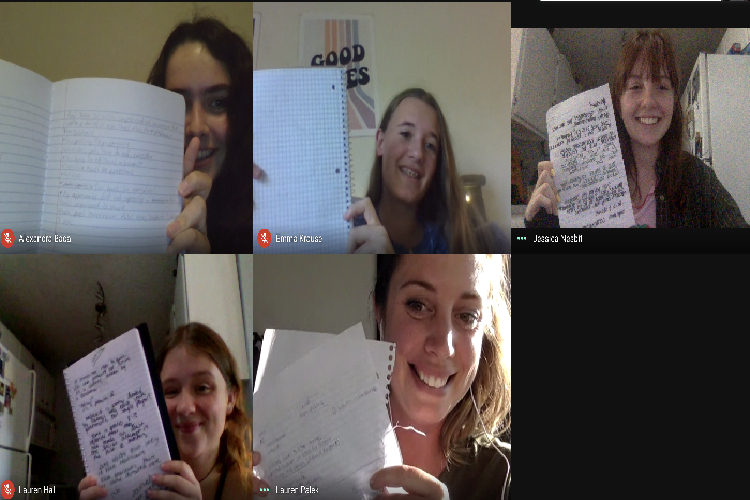 TJ’s Speech & Debate team has to adjust to social distancing.

Now that November is here, the 2020-2021 Varsity Speech and Debate season is upon us. The long tradition of arguing while wearing suits and ties will have to look a little different this year. Thomas Jefferson High School’s speech and debate team will be fully online, including all events and tournaments.

Speech and Debate is divided into two categories: Speech events and Debate events. Speech events, such as Informative and Humorous speaking, will be asynchronous, with competitors filming their speeches and submitting them in advance of the competition. A main component of speech events, however, is the performative aspect of the act. The facial expressions, tone, and body language of the speaker can quickly be lost when they are speaking to a camera rather than a room of their peers. When questioned about the authenticity of asynchronous speaking, Lauren Palek, sponsor of the club and a teacher at TJ, pointed out, “You can’t feed off of the energy of the room. However, it will allow people to be less nervous and they get to choose which recording to send in.”

Debate events include Policy, Public Forum, and Lincoln-Douglas events. These debates will still have the same amount of time allotted for speaking and planning. Evidence presented by each team will have to be shared with each other prior to the debate. Palek, when asked about online debate this year, stated, “Speech and debate will have the same challenges as classrooms [this year]; I’m sure anything we dealt with with remote learning we can deal with this season.” Lucy Adlen, a varsity debater on the team believes that online debates “can work. There might be technical difficulties and it will be a hard adjustment. It definitely won’t be as fun as being in person because a lot about being in person [tournaments] is the energy.”

Potential problems include connection issues and problems with debater devices, as this year a program called Speechwire will be hosting online debate events. However, Palek is optimistic and believes that having an online program this year will benefit the team. She argues that more students will be able to join the club as online meetings have eliminated transportation issues. On top of this, students will now be able to participate in more events, as previously, tournaments would only allow for students to participate in only one debate or speech event due to time constraints. This will allow competitors to see which style fits them the best and will even allow for those who have only done either speech or debate to see what the other side is like.

Lastly, one of the hallmarks of these tournaments is the clothing. Traditionally, competitors wear professional business attire, including suits and dresses. When asked about still wearing traditional professional clothes during events, Adlen enthusiastically replied, “Only the top half!”