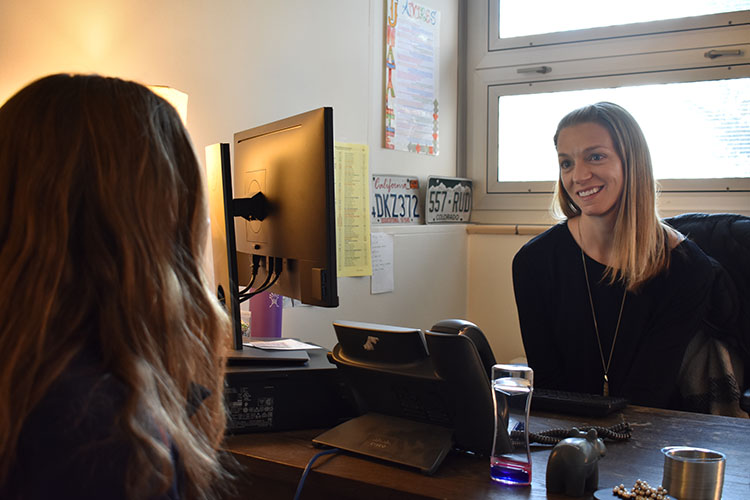 As the semester progresses, the routine of tests, classwork, homework, and athletics tumbles in alongside it. With all of these tasks in mind, growing teens tend to struggle immensely with completing everything in a timely and satisfactory manner. Higher amounts of school work cause more stress, which could lead to an increase in a student’s anxiety. Mental health has created a huge impact on many schools throughout the entire country, and despite how common mental health problems appear in society, the topic is rarely discussed.

The recent uprising in mental health events has been stemming from violent video games. In reality, the reasons for and signs of violence are right in front of us. School shootings within the last year such as the Parkland shooting in Florida on February 14, 2018, and the STEM School shooting in Colorado on May 7, 2019, have been spread all over social media. A student who was interviewed by CBS talked about how the student who caused the STEM Shooting had implied some threats prior to the shooting. “I always thought he was just messing around and stuff, but sometimes he did hint at it here and there,” he said. Students are guilty of ignoring signs of danger because they are often worried about the repercussions that come along with sharing their concerns. If they do share, it is possible that no actions will be taken to prevent possible outbreaks. These outbreaks have been attributed to untreated mental illness. The causes continue to be discussed but no actions have been taken forward to address the problems.

Society has diagnosed mental illness as a disease/disorder, which has a negative connotation. With stereotypes, many teens and adults feel obligated to keep issues regarding mental health quiet rather than discuss them with the people they surround themselves with others. Thomas Jefferson’s school psychologist Natalie Koncz is no stranger to the stigma around mental health. “I think in society for sure we still have a long way to go, but in the past people who have struggled with mental illness have felt locked up, or feel ashamed, and in the past people have not wanted to talk about it because there is a stigma: if you need support in this area maybe you aren’t a strong person,” explained Koncz. Without the stigma, people are more likely to feel comfortable talking about mental health.

Throughout the past ten years, perspectives regarding mental health have moved in a more positive direction. Society is still in need of more support as far as communication and the stigma around it, but these ideas have recently made significant improvements. In Denver Public Schools, the idea of having happy, healthy, motivated teens has been known to help produce a successful high school. “[DPS really supports] having full-time mental health in all of our schools, so there is additional funding that the school and district get for that,” said Koncz. When teachers don’t recognize the difficulty that students face when attempting to focus on given tasks, it creates a disconnect between students and teachers.

TJ has been able to accommodate for the recent relevance of mental health by filling five important positions like the psychologist, Koncz, and four social workers: Annie Berg, Samanda Davis, Megan Miccio, and Stephanie Onan. Students are able to come in at any point in the day to talk with any of these professionals. Students can start routine meetings or talk about a friend that they are worried about so that the staff can reach out to them. Not only are these resources available for students, but all of the guidance counselors are available for them as well. Students are encouraged to talk openly about problems they or their friends are facing and are able to receive help and the support that they need.

Removing the present negative stigma is not just in the hands of administration and adults, but also kids who are going through problems with mental health. Without these discussions, the shadow cast over mental health is yet to be removed and the stigma will continue. Fortunately, the Spartan community has been able to take positive strides forward to help better the environment involving mental health and still plans on working toward changing current perceptions of mental health.