Do You See What I’m Seeing? 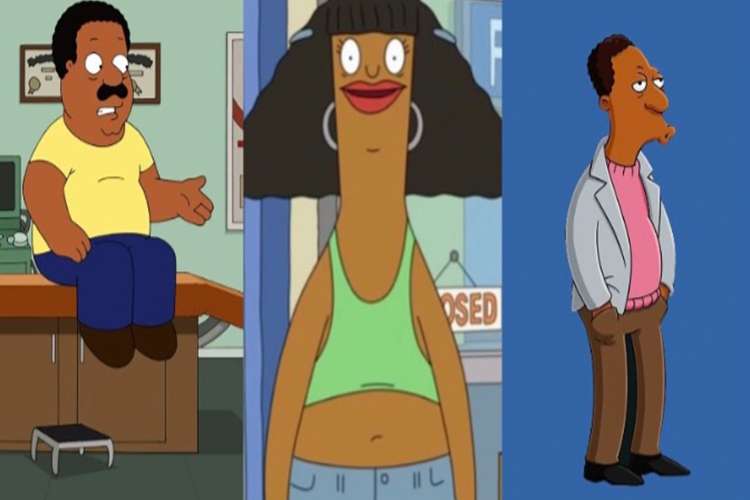 Cartoon characters of color are often depicted in stereotypical and racist ways.

Racist depictions of Black people through cartoons have been alive and trending since the Jim Crow era. Large red lips, intentionally exaggerated noses and ears, excessive hair in odd places, and charcoal-like skin, are that have been used to depict Black people. This is in an attempt to provide comedic relief, which is now classified and labeled as blatantly racist and dehumanizing. One would think that the American animation industry has since learned and grown from the wretched mistakes of the past, but they haven’t. Character depiction of Black people has only evolved. Some characters have become more subtle with less exaggeration, while others put Black voices behind animals that may stereotypically represent Black people. Animators even went as far as to put Bugs Bunny in Black face.

This phenomenon can be harder to spot than one may think. People who have no idea about the harm of both the physical and emotional stereotypes applied to Black people often have no idea what to look for when watching cartoons, and those who do tend to ignore them. Colorism is the most common form of discrimination, especially in cartoons. Colorism is prejudice or discrimination against individuals with a dark skin tone, typically among people of the same ethnic or racial group. The most famous and well-known form of colorism in cartoons is The Proud Family. Characters with lighter skin tones like Penny Proud and Trudy Parker Proud are “cleaner,” wear nicer clothes, and have “normal” unexaggerated facial features. Whereas darker characters like Dijonay Jones, Nubia Gross, and Bobby Proud have stereotypical features like a large forehead, long exaggerated faces, and hairstyles not seen on lighter-toned characters. The problem isn’t who they are, but what they look like. The intention behind their features is so audiences can feel more comfortable and attracted to characters with lighter skin tones and unattracted to characters with darker skin tones. Colorism isn’t a form of discrimination that lives solely throughout screens; it is also alive outside our screens. One who has never faced this form of discrimination must be aware of the subtle yet very harmful charcteristics that cartoon chracters have in order to truly understand how it impacts the Black community.

Racism isn’t just about who’s on the camera. It’s also about who’s behind the camera. Yes, white voice actors have been voicing for Black characters and other characters of color for decades. The problem is that they are using stereotypical accents, language, and gestures that suggest that all Black people act and talk that way. It’s heartbreaking and frustrating to see roles that could’ve just as easily been given to the thousands of Black voice actors across the United States, be given to someone who is not. Not only that, but they are now, after years of voicing these characters, being exposed for their true race. Black people should voice Black characters, period. Some of the most common characters of color voiced by white actors include Cleveland Brown from the Family Guy spinoff The Cleveland Show and Marshmallow, a Black and transgender sex worker voiced by white actor David Herman from the animated series Bob’s Burgers. Carlton Carlson, from one of America’s most celebrated television series The Simpsons, is voiced by white actor Hank Azaria, though in 2017 he stepped down from the role.

Anyone can make a difference by changing the way they view content, I hope that through this article you’ve learned to watch television through a different lens . Supporting Black people doesn’t always have to be physical donations, attending protests or speaking at city halls; it is also supporting and viewing Black artists. One can support Black cartoons and Black voice actors and actresses by watching cartoons made by Black people or centered around Black characters. Kid shows like Doc McStuffins, Little Bill, The PJ’s as well as movies like Soul, Hair Love, Princess and the Frog, and Spider-man: Into the Spider-verse are all great works that can be watched and enjoyed.