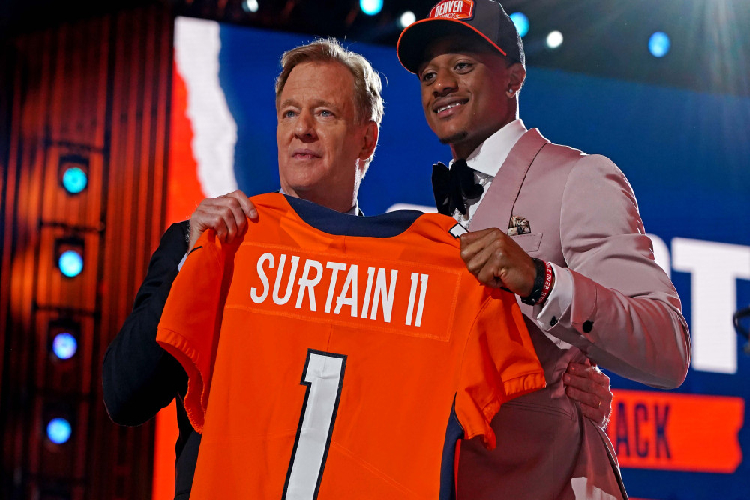 Will the new additions to NFL teams prove worthy? Fans will just have to wait and see!

The NFL draft is a great opportunity for football fans to get excited and engaged about their teams’ upcoming season. Moreover, it provides teams who did not perform well in the previous season an opportunity to do better in the next. The opportunities provided by a new lineup may just include the chance at a Super Bowl.

The first pick of the 2021 NFL draft was Trevor Lawrence, a quarterback out of Clemson University and one of the most promising prospects of the past few years. He was selected by the Jacksonville Jaguars, a franchise that struggled immensely last season, with the worst record in the league at 1-15. With the addition of Lawrence into the Jacksonville offense, they should be set to score a decent amount this season and hopefully put together more than one win.

Moving on, the Denver Broncos picked up Patrick Surtain II with the ninth pick of the draft. Many Broncos fans were expecting the pick to be a quarterback like Justin Fields, as current QB Drew Lock has failed to lead a winning team. However, with Surtain’s position as a cornerback, Broncos fans can only hope for the addition of quarterback and future Hall of Famer Aaron Rodgers. Allegedly, Rodgers is unhappy with the Green Bay Packers and has expressed that he is interested in a trade; if Rodgers were to end up with the Broncos, it could give Denver a shot at the Super Bowl. However, without addressing the problems at the QB position, the Broncos are continuing to write their disappointing script for the upcoming season and crush their supporters’ hopes.

Another promising pick was for the Miami Dolphins, who drafted Jaylen Waddle out of the University of Alabama. He is a great selection for the Dolphins, especially because of the team’s QB, Tua Tagovailoa. Tagovailoa played at Alabama with Waddle, so the chemistry between these two players will hopefully add to the offense down in Florida.

The last interesting draft choice was that of the New England Patriots. They selected Mac Jones out of the University of Alabama, who seems to be the perfect fit for the Pats. With the 15th pick in the draft there appeared to be no shot that the Pats could end up with this stellar of a pick; however, it just so happened that Bill Belicheck, coach of the New England Patriots, got what he hoped for. Jones has been compared to Tom Brady as far as playing style is concerned, and football fans all know what that means. It is concerning that Jones is a Patriot; it appears that they have a chance at being a scary team again, which for anyone other than a Pats fan is not good news. This remains unknown though, because the best part about the draft is the true evaluation of how a franchise does when the players hit the field, so waiting until the 2021-22 NFL season to kick off will show who exactly comes out on top.