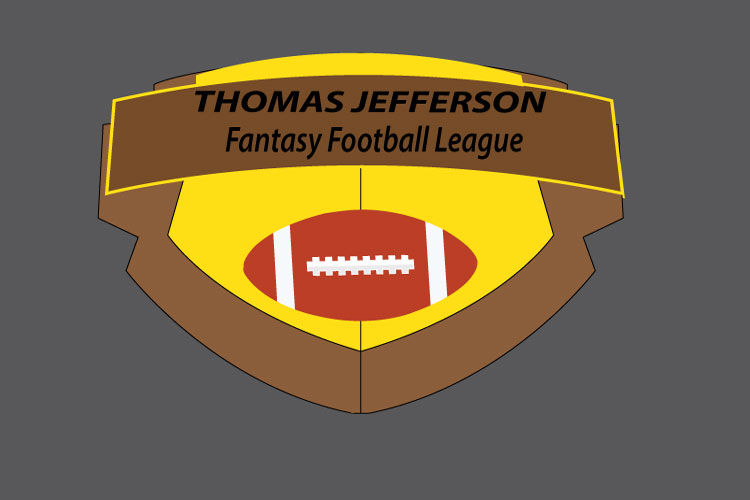 Fantasy football is one of the fastest growing industries in the United States.

Fantasy football is an online statistical game in which people compete against others in their leagues by managing groups of real National Football League players. It is played on several websites such as ESPN, NFL, and Yahoo Sports, and has gained an immense amount of popularity over the past few years, as approximately 55 million people play nationally, according to The New York Post.

The object of fantasy football is to defeat one’s opponent by finishing with more points. Although it depends on the league, a team usually consists of one quarterback, two running backs, two wide receivers, one tight end, a flex option, a defense, and a kicker. These players can accumulate points through real-life statistics such as touchdowns, field goals, yards gained, sacks, interceptions, and much more. For example, if a Broncos receiver were to catch a 20-yard touchdown, the person with that receiver on his/her team would earn six points for the touchdown and two points for the yards gained, giving them eight points total. Finally, all the points for the nine players on a team are added together for one final score. Whichever team has more total points by the end of the week wins.

Every year, fantasy football gets more and more popular, creating billions of dollars in revenue. This is evident here at Thomas Jefferson High School, as many students and administrators participate in the growing phenomenon. One such league consists of seniors Jonny Sundeen, Caden Side, Henry Allen, Jay Stevens, Jack Willson, Evan Gould, Adis Rogonich, Nathan Waterhouse, and Ben Salinger, along with lone junior Brandon Pietrs. “Fantasy football is a pretty big deal to us,” said Willson. “We take it very seriously and it always gets really competitive.” Last year, Sundeen defeated Gould in the championship by a longshot. “I had the best team by far. No one else in the league stood a chance,” asserted Sundeen. This year is completely different, as there is no clear favorite as to who has the best team. The regular season has officially come to a close as the teams get ready for the playoffs. The bracket has been set as Rogonich has the first seed followed by Sundeen, Gould, Stevens, Pietrs, and Side. “It feels good to be in first place. Everyone gave me a hard time because I finished in last place last year, but they are not laughing anymore,” said Rogonich. The consolation bracket consists of Willson, Sallinger, Waterhouse, and Allen bringing up the caboose. “Being last in the league is terrible because everyone teases you for it. Not one day goes by without my friends reminding me how bad my team is,” lamented Allen. This group of Spartans is currently in their third year of participating in the same fantasy football league, and it only seems to get better as time goes on.

Another league at TJ consists of various faculty members. Teachers Grant Laman, Kyler Jackson, Will Forrester, Tim Owens, Matt Nicolo, and administrators Mike Christoff, and Andrew Skari, along with TJ football coach Jesus Escobedo participate in a league together on Yahoo Sports. This league is just as competitive as the students’ league. “We take it a little too seriously,” admitted Jackson. Last year, science teacher Kirk Hammond won the entire league. Because Hammond no longer teaches at TJ,  it is anyone’s league this year. The current standings have Skari in first place, followed by Forrester, Escobedo, Jackson, Owens, Christoff, Laman, and Nicolo in last place. The season will continue to be extremely competitive and it should provide a good end to the football season.

Fantasy football continues to grow as one of the most popular online games. This is evident at TJ, as there are many other leagues present. “Fantasy football makes football and Sundays so much more entertaining for me. I will definitely be playing for years to come,” said senior Brandon Merrell. Although it is too late to join a league this season, there is always next year. Look to join a league on ESPN, NFL, or Yahoo Sports next season and find out why it is one of the fastest growing phenomenons in the country.