Get with the Program 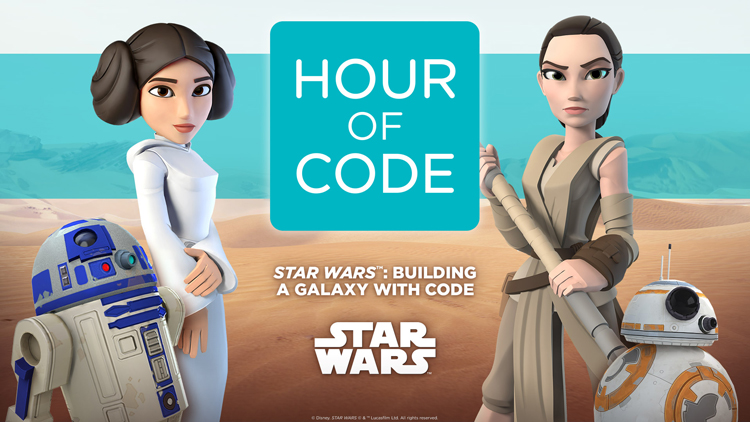 The popular campaign Hour of Code kicks off on December 7th.

The third annual Hour of Code campaign kicks off on December 7th, taking place during Computer Science Education Week. Hour of Code aims to increase students’ programming abilities and give them more experience with technical skills. TJ’s Introduction to CCT classes will all spend time doing tutorials that will help introduce them to computer programming and code.

Launched in 2013, Code.org is a non-profit website that provides students from kindergarten to high school with free lessons in computer programming. The website originated from a YouTube video by co-founders Ali and Hadi Partovi, which prompted over 15,000 schools to reach out to them with interest.  “Our vision is that every student in every school should have the opportunity to learn computer science,” says the website’s mission statement. “We believe computer science should be part of core curriculum, alongside other courses such as biology, chemistry or algebra.” This year’s advertisements show famous and successful individuals such as Barack Obama and Malala Yousafzai in order to motivate more young people. Tens of millions of students in over 18 countries have participated in classes on the Code.org website, showing the increasing demand for computer programming. “They’ve got a lot of fun tutorials that can be completed in a class period and that introduce students to writing their own programs,” said Stacey Fornstrom, TJ’s Software Engineering instructor.

This year, Code.org has partnered with Disney to offer tutorials that feature characters from the upcoming film Star Wars: The Force Awakens. In the hour-long tutorial entitled “Star Wars, Building a Galaxy With Code,” students are taught how to couple computer programming with logic and problem solving. The iconic Princess Leia and the new movie’s heroine, Rey, help students to program droids, run from stormtroopers, and scavenge for spare parts. Additionally, video lectures are included from Rachel Rose, one of the senior engineers working on the film, Kathleen Kennedy, President of Lucasfilm, and Charita Carter, who is the senior creative producer at Walt Disney Imagineering. The tutorials are currently available, and can be experienced in drag-and-drop block format or JavaScript format.

The highly anticipated Star Wars film will premiere on December 18, 2015. The movie is set thirty years after “Return of the Jedi” and will introduce new characters while featuring Han Solo, Princess Leia, Luke Skywalker, Chewbacca, and the droids R2-D2 and C-3PO. Action figures, remote- controlled droids, and other merchandise were released earlier this month, many of which are already sold out. “I am very excited about the new Star Wars movie,” said junior Kieran Cecil. “Hour of Code doing Star Wars tutorials is great because it gives kids a reason to code. If they think they can make code that will create awesome robot friends like R2 or C3P0, then they will learn code to do so.”

Computer programming is a valuable skill that will give students an advantage in a world that is becoming more and more technology-based. “Learning how to code is really important,” said Natan Getschel, a junior in one of TJ’s software engineering classes. “It gives you a skill that not a lot of people have.” The CCT department is excited to give students another opportunity to learn real-world computer skills and to broaden their horizons. Hour of Code is accessible to all, and provides students with new skills to bring into their future careers.