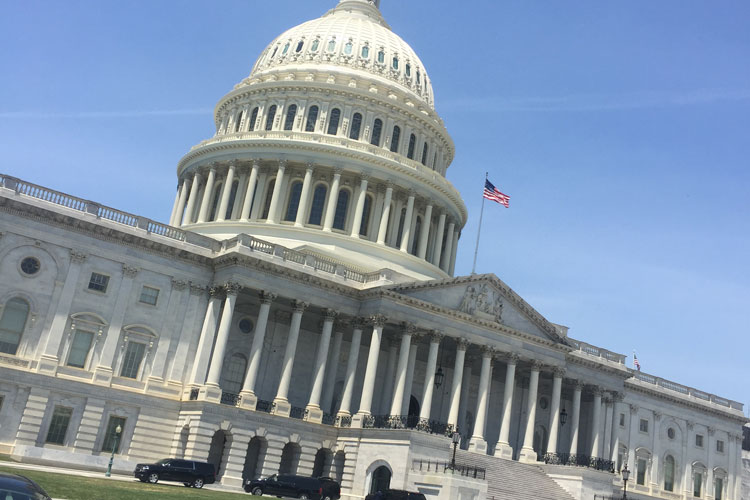 A Democratic candidate from Colorado hasn’t run for president since 1987. photo by Joe McComb.

Colorado’s John Hickenlooper tossed his hat in the ring to seek the Democratic Party nomination for President in 2020.

Former Colorado Governor John Hickenlooper (D) left office in January 2019 due to constitutional term limits with a solid approval rating for the blue leaning state. Flashback a few months to September 2018 when Hickenlooper formed a political action committee (PAC) by the name of ‘Giddy Up!’, speculating he would run for president in 2020. Almost two months after leaving office, Hickenlooper announced officially on March 4th, 2019, it was time for a new challenge: to jump into an already extremely crowded field as a candidate for President of the United States. He served as Colorado Governor from 2011-2019 and Denver Mayor from 2003-2011. He also previously owned Denver’s Wynkoop Brewing Company and worked as a geologist.

As a moderate Democrat, Hickenlooper has spent his political career building bridges on both sides of the aisle to unify and move Colorado forward from the recession and other natural disasters that rocked the state. The recession was still severely impacting Colorado and its economy when Hickenlooper took office in 2011, with the unemployment rate at a staggering 9.2 percent. In his tenure, Hickenlooper worked with the legislature to provide better economic development opportunities for Coloradans, which significantly cut down the unemployment rate to 3.5 percent by December 2018, transforming Colorado’s economy into the 5th best in the nation. The economic boom that has occurred in the state over the last decade was partially driven by the oil and gas industry’s greater use of fracking, the practice of injecting liquids at high pressure into the ground in order to release fossil fuels for energy use. Fracking has widely been condemned by progressives and environmentalists in Colorado, causing a rift between the moderate governor and some of his voters.

The death penalty was also a contentious debate during his time in office. Colorado currently has three inmates on death row. When Nathan Dunlap, a man who had murdered four people in 1993, was set to be executed, Hickenlooper refused to carry it out, despite supporting in the death penalty for a vast majority of his life. However, he refused to offer Dunlap clemency, allowing the next governor to make a decision on the fate of the death penalty and those on death row.

Hickenlooper faces a difficult path to winning the presidential nomination, but anything can happen in the primary. On “Good Morning America,” he cited America’s “crisis of division” under the Trump administration and proclaimed, “Ultimately I’m running for president because I believe that not only can I beat Donald Trump, but that I am the person that can bring people together on the other side and actually get stuff done. The division is keeping us from addressing big issues like climate change and the soaring costs of healthcare.”

Despite being described as a moderate, pro-business Democrat, Hickenlooper voiced his support for Medicare For All, a plan for transforming the United States’ healthcare system that has strong support among the progressive base of the party. However, he differs from progressives in his disapproval of the Green New Deal legislation that aims to significantly curb fossil fuel usage, create jobs in clean energy industries, and tackle other issues related to environmental justice.

While more people are continuing to learn of Hickenlooper for the first time, his name recognition remains low in the crowded field compared to many other candidates. A Quinnipiac poll released on March 28th has Hickenlooper polling at one percent. His campaign is still fairly new, so voters must be patient while he attempts to establish himself on a national stage. Hickenlooper has travelled to different states on the campaign trail thus far, including the early primary states of Iowa and New Hampshire. He is hoping to build support among early primary voters, which can set a tone or shift the momentum in the primary dramatically.