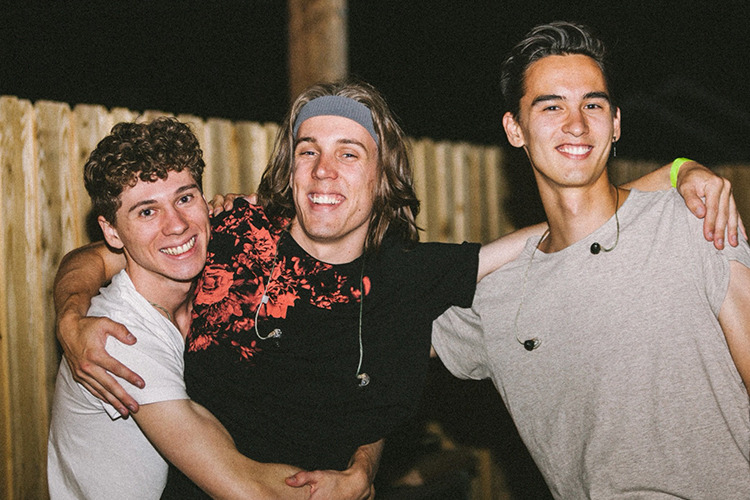 A Colorado band is taking the state by storm.

Through perseverance and pure resilience, many people have made the best of their situations throughout the pandemic. For some, music was a way to cope with chaotic surroundings. The band HoldFast was not an exception. The three brothers who make up the band, Charlie, Tommy, and Mikey Maddocks, told the National Association of Music Merchants, “We’re about heartfelt songs, examining everything in a life carefully. Our name kind of came from that. The idea [is] that we need to hold fast to that which is good and that life is not always easy. [We] write songs about love, friendship, depression, family, the past, and the future.” The band’s name perfectly illustrates their convictions about performing, interacting with fans, and dealing with the stressors of life, which is just what people needed during this pandemic.

HoldFast had an almost clichèd start. Tommy and Mikey Maddocks lived next door to their cousin Charlie Maddocks and were so close that they described themselves as brothers. A close-knit family was what put the HoldFast sensation in motion. The dads of the Maddocks’, Pete and Steve Maddocks, helped push them in the direction of pursuing music. Despite both being computer science majors, Pete and Steve Maddock had a passion for playing music in various bands. It was they who encouraged the brothers to make music together. Charlie, Mikey, and Tommy did just that. They found a passion for creating and performing their music. Charlie and Tommy pursued computer science at Colorado State University but ultimately decided to pursue music full time with the band. The choice to deviate from a traditional job route was worthwhile. They made the journey to California, where they impressed musician and director of A&R at Audio Network, Tasso Smith, who offered them a life-changing opportunity: a chance to record and release their first professional album.

Their first EPs consisted of Because of You, HoldFast, Strobe Life, and Here all before 2019, but the single that launched them into notability in Northern Colorado was “Time.” The single was relatively popular within Northern Colorado, but it gained 600,000 streams seemingly overnight because of their live performance that captivated audiences; it wasn’t just because the song was catchy and relatable. Their live performance “Time” is thrilling and engaging to audiences mainly due to drummer Tommy Maddocks taking center stage and engaging even first-time listeners in the sporadic performance. HoldFast has a remarkable quality that the crowd can only capture. As a result, HoldFast has accumulated loyal fans throughout Colorado, whether in their hometown of Windsor, Colorado, or opening for Cage the Elephant at Big Gig.

It’s through their brilliant live performances, touching music, and resilience in the face of a pandemic that they were named Top 19 Denver Musicians to Watch in 2021 by 303 Magazine. Their most recent album is a culmination of the past year’s struggles and triumphs that creates a sense of understanding and is fittingly named Stay and Fight. They hope to top Stay and Fight with the release of a new album, Movies. In true HoldFast tradition, they will be releasing their new album Movies on April 15th with another live performance that will surely awe the audience. Still, it’s arguable that their best quality isn’t just their dedication to their music; they are dedicated to their community as well. You can join HoldFast in their mission to make music and support the Colorado community at their next concert on April 15, 2022.