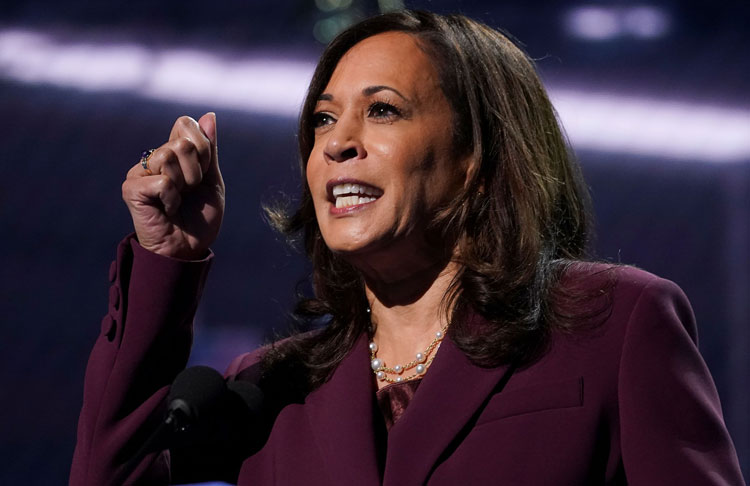 The past U.S. Vice Presidents were all the same, white male after white male, until Saturday, November 7th, 2020. After four long days of waiting, it was announced that Democrat Joe Biden won president-elect, meaning his running mate Kamala Harris won vice president-elect.

Harris celebrated both a personal and public accomplishment this month alongside Biden when it was announced that they defeated President Donald Trump and Vice President Mike Pence. Not only is Harris the very first woman to be elected into office, but she is the first ever woman of color to be vice president-elect, causing a huge shift in feminist history.

Harris, a daughter of Indian and Jamaican immigrants and wife to Doug Emhoff, is a 56-year-old who has accomplished many things. She attended Howard University followed by UC Hastings College of the Law to get her law degree. After working in the district attorney’s office in Alameda, she became the first African-American in addition to being the first woman to be the Attorney General in California. She joined the Senate in 2017 after being an attorney in the state of California. Harris is also a published author of three books: The Truths We Hold, Superheroes Are Everywhere, and Smart On Crime. She has spent her life defending people who cannot defend themselves, fighting against injustices such as human and drug trafficking, battling climate change, and helping win marriage equality for all in her home state, California. In addition to those issues, part of her and Biden’s campaign is promising Americans that they would give their all to gun control, women’s rights, and most importantly, tackling the coronavirus.

Being a woman of color in politics certainly does have its challenges. Harris has faced many, as she receives extremely racist and sexist comments, frequently, on all forms of social media. Harris has also received hateful comments from other politicians, such as President Trump. All of these comments escalated after the election on Facebook, while people made posts so vicious that Facebook removed them.

Harris has inspired many young women of color throughout her whole career, but now more than ever, she has motivated them to always believe in themselves and fight the inequalities they face.  During her first speech on Saturday night as vice president-elect, she stated that “while [she] may be the first woman in [the] office, [she] will not be the last.” As seen on Twitter, many young girls sat at their television on the 7th watching Harris as she told them, “I hope every little girl watching this tonight sees that this is a country of possibilities.” This night was an emotional night for women everywhere. An African-American woman delivering a vice president-elect speech will forever leave a mark in United States history.

Harris winning vice president-elect, let alone Biden picking Harris to be his running mate, shows the improvement in equality and representation in the United States. Nothing this extreme surrounding feminism has happened in the United States, besides Hillary Clinton becoming the Democratic primary candidate in 2016. Harris has come a long way, fighting racism and misogyny within politics. She broke through one of the thickest and strongest barriers this country has, and she did it with resilience and great passion.