Keeping Up with the Coronavirus 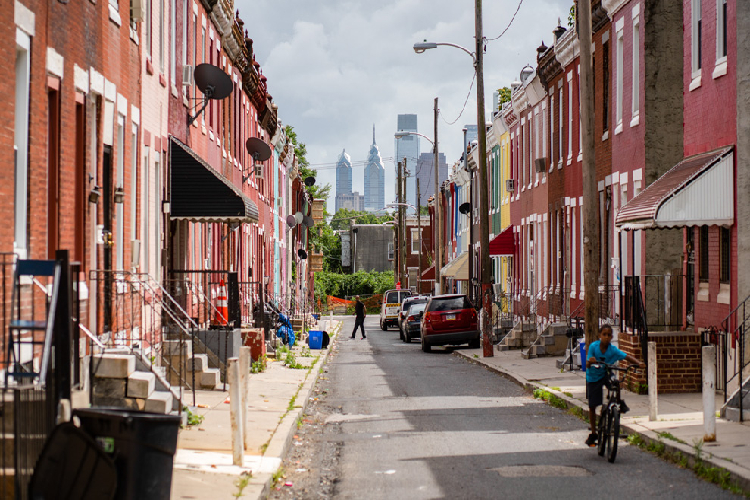 Covid-19 has been making living situations worse than how they were before. photo courtesy of PEW

More than 460,000 Americans have died as a result of COVID-19 in little over a year, and there have been over 22 million jobs lost. Americans became more isolated than ever before as a result of lockdowns and separation. Food insecurity has become more widespread than ever, with 15% of adults reporting that their household does not always have enough food, with Black and Latinx households suffering the most. One out of every five adult tenants say they cannot afford to pay their rent.

Every tale that falls into these categories is remarkably personal, colored with the details of a single life in all its triumphs and difficulties despite the enormity of the national tragedy. Julia Thatcher attended the University of Nebraska-Kearney for her freshman year before transferring to the University of Nebraska-Lincoln, its sister institution (UNL). She wanted to attend a larger university in a larger city and participate in the typical college experience. She now questions if she made the right decision as she begins the second semester of her sophomore year at UNL. She made the decision to move in December of 2019 and now finds herself in an unexpected situation: the friendships she established when she first arrived at Lincoln are suffering, and she claims it is “impossible” to make new friends because of the social distancing rules in place.

She moved into a suite-style dorm with two friends from her hometown at the start of the school year. Each girl had her own bed, but the bathroom, dining room, and half-kitchen were shared. She eventually discovered that she cared much more about following COVID-19 guidelines than her roommates, who tended to frequent massive social gatherings. Staying in the dorm felt like a bad idea. Thatcher determined that moving off-campus would save her money, and that living alone would allow her to better manage her COVID-19 exposure. “It’s good to be able to walk about freely without fear of catching the virus,” she said.

Thatcher is now in her sophomore year living off-campus alone, a condition she describes as “the least desirable. I know I’m missing out on things, particularly because I was in college last year and got a taste of what college life was like, and it all came to a halt just as I was getting started.”

Abid Kay, a 21-year-old freshman international student studying journalism at Howard University, was suffering from many concerns that other students did not have to worry about. Would she be allowed to remain in the United States? Would she be forced to return to Jamaica? She sought support from the international student community she had been accepted into, many of whom shared her concerns. “We tried to be as helpful as possible to one another. It was a significant moment for group building,” Kay said.

Kay was lucky in that she had a great aunt in Maryland with whom she could stay. She did not want to go home to Jamaica because she was still hoping Howard would reopen in the fall of 2020. What if she could not get back into the country because of travel restrictions?

Her concerns were heightened in July, when the United States Department of Homeland Security released a decision at the request of then-President Donald Trump stating that foreign students could not stay in the country if their college classes were entirely online. Later, the ruling was modified to allow current foreign students to remain in the country but not new international students to come in for online-only training. Kay said the “economic gymnastics” of wondering if she should stay in the country had become unbearable at that stage.

“It was one of the first times I felt disposable as a citizen in the United States, as if someone might wake up one day and decide you can’t be here any longer,” she said.

In August, she returned to Jamaica. Despite having a loving family and a secure home life, she was concerned about continuing her studies in Jamaica. She returned home during hurricane season, and her WiFi would often go out during a class or presentation due to the torrential rain and thunderstorms. She claims she was electrocuted once while attempting to prevent lightning from striking her router.

Kay, like many other college students, is looking forward to going back to school in the fall. However, she claims that her return to Jamaica has given her a “deeper respect” for the country and her family. “In the middle of the negative things that are happening, I try to find the pockets of gold, and my pockets of gold so far have been the deeper connections I’ve been able to form with my loved ones here,” she said.

Rylee Herring, a 55-year-old artist and mother from Cambridge, Massachusetts, could not get tested when she became ill with the coronavirus in March of 2020. Testing was much more difficult to come by in the early days of the pandemic than it is now. Herring’s symptoms worsened, including extreme nausea, chills, and a loss of sense of smell. Herring, who lives with her 17-year-old twins Ruby and Kaydan, was “trying not to freak them out. I considered calling 911 on a couple of occasions, but I didn’t tell them until months later because I didn’t want them to be concerned.”

Ruby and Kaydan, who were both completing high school online, were forced to take on additional household duties. Ruby would take Herring to the grocery store because she had her learner’s permit. Ruby would do the grocery shopping for the family while Herring waited in the car. Kaydan would help Ruby put the groceries away when they got home, and Herring would go back to bed. As she shopped and cooked dinners for the family, Ruby says the additional obligation made her feel like she was “adulting.”

Herring is a COVID-19 “long-hauler,” someone who continues to suffer symptoms long after the infection is no longer detectable in the body, despite the fact that the word did not exist when she first became ill. She’s now “unable to do any exercise more intense than a mild stroll” ten months after her illness began.Ruby and Kaydan admit that at the time their mother’s disease was progressing, they had no idea how serious it was. “It’s just something that began and didn’t end,” Kaydan said.

Ever since the beginning of quarantine, many people have been recognizing the global impact. Seeing everybody united has restored a lot of people’s faith in humanity, whether by allowing other family members to stay at their home or having to make living arrangements to support the family. Despite the fact that many adults have been experiencing housing difficulties, the pandemic has brought people together emotionally.