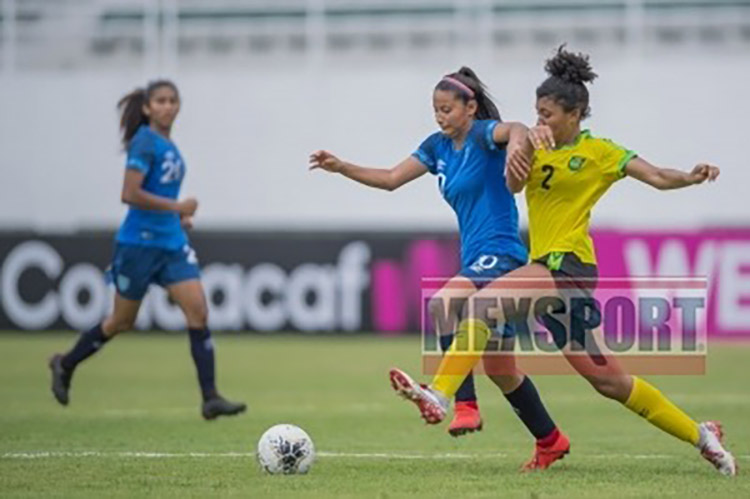 Lauren Reid is focused and in action in the midst of one of the games. photo courtesy of MEXSPORT

TJ Student athlete, Lauren Reid, showcased her soccer skills as a part of the Jamaican national team in a tournament in the Dominican Republic.

Lauren Reid, a junior at TJ, has been playing competitive soccer for 15 years. She has moved through a multitude of teams, most recently a verbal commitment to play for the University of Oregon in college. Reid’s impressive achievements include participating in a recent tournament known as the 2020 CONCACAF Women’s U-20 Championship. The Confederation of North, Central American, and Caribbean Association Football (CONCACAF) annually hosts a soccer championship for women’s under-20 national teams of these nations. The tournament was held in the Dominican Republic from February 22nd through March 8th.

Reid had been playing for her club team in Denver when she was approached by her coach with this incredible offer. Reid shared “My club coach was one of the Jamaican national coaches, so once he found out I was Jamaican, he wanted to get me involved in the program. He worked with the other coaches and got me the opportunity to play for the Jamaican national team.” She coordinated with the TJ staff to ensure her education wouldn’t be sacrificed for the weeks she was gone. Luckily, this tournament occurred just before the pandemic of COVID-19 set nations on lockdown, so Reid was able to compete in the opportunity of a lifetime. Although one other team member resides in Colorado, the rest of the team was scattered throughout North and Central America. Aside from that one teammate, Reid had never played with these women, so the team traveled to the Dominican Republican early to spend quality time practicing and preparing for the weeks ahead.

The championship tournament was set up in a bracket where countries played each other one at a time. The format is single elimination, so after one loss the team is removed from the bracket. The final two teams of the championship get to play in the 2020 World Cup. When the first game day arrived, Reid and the others were faced with a nerve racking day. Reid mentioned, “I was a little nervous going into it; when playing other countries, you never know how good they are and what they can bring to the field. Once I played the first game, all of my nerves went away.” The Jamaican team’s first game was against Guatemala, and Reid’s team was victorious. She then went on to play and win against El Salvador, Canada, and Bermuda. Their team moved on to the quarter final bracket where they played against the Dominican Republic and ended up losing by one point. Reid’s team made a significant dent in the bracket and was very successful. Reid shared, “I wasn’t expecting us to do so well. However, with a little determination, not only did we do great but we also made history.” Reid’s team this year was the first Jamaican women’s team to ever beat Canada. This achievement will be remembered and praised by Jamaica with a new step towards their victory in the future.

Reid was the first person from TJ to ever participate in such an event. Being recognized by her coaches and given this opportunity is not to be taken lightly. Her ability to play soccer and her focus when she is on the field is unmatched, and will take Reid to incredible places in her college career.