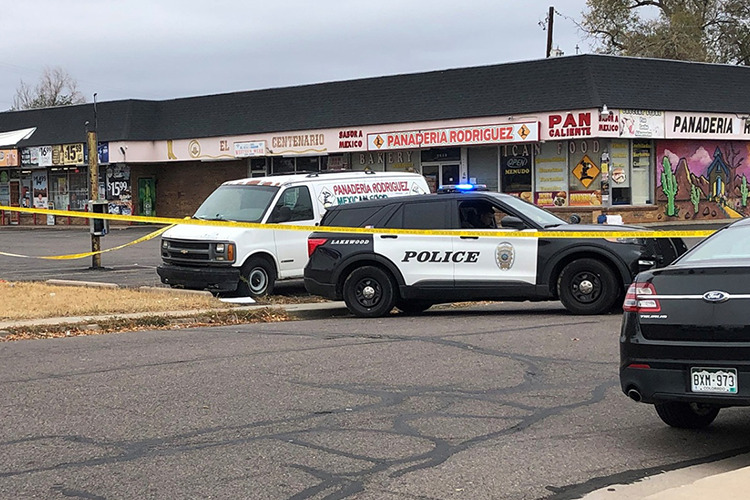 Police investigate one of the crime scenes involved in the shooting. photo courtesy of CBS News

No one is a stranger to tragedy. Shockwaves of horror produced by a catastrophic event ripple out to everyone eventually. And that is exactly what the friends and family of the victims in the recent Lakewood shooting feel: incredible fear and grief.

On December 27, 2021, six people, including the suspect, lost their lives in a tragic shooting spree that started in Denver, Colorado, and ended in Lakewood. The Lakewood shooting was the 687th mass shooting in 2021 and the 13th just in Colorado. Let that sink in: 687 mass shootings in a single year. In 2021, there were 702 deaths and 2,823 people were injured in those shootings. These six lives may seem insignificant after realizing the sheer number of deaths caused by mass shootings, but they are not. Each of those lives had beautiful impacts on others around them – they are all missed. Every second of every day, Alicia Cardenas, Alyssa Gun-Maldonado, Michael Swinyard, Danny Scofield, and Sarah Steck are missed by many.

The tragedy of this shooting began at a tattoo parlor where Cardenas and Gun-Maldonado were killed and Jimmy Maldonado was injured. After the devastation that occurred at the tattoo parlor, the suspect, Lydon McLeod, moved on to the Cheeseman Park neighborhood and killed Swinyard in his home. Authorities then found the suspect’s car, and after a shootout that rendered a police vehicle unable to drive, the suspect drove to Lakewood and began shooting inside a business on Kipling Street; Scofield was killed. McLeod then fled the police after another shootout and entered two businesses. At Ted’s Montana Grill, he didn’t fire his gun, but he displayed it, causing panic to ensue before fleeing and entering the Hyatt House Hotel where he shot a clerk, Steck, who died from her injuries in the hospital the next day. The tragedy finally ended when a Lakewood police officer caught up to the suspect. McLeod was taken by surprise, but managed to shoot the officer in the abdomen before she fatally shot McLeod and ended his shooting spree for good.

Though these crimes seem random, some of the victims were actually connected and authorities believe many of the victims could have been targets. The connection between the victims came from the novels that the shooter had published. McLeod was a writer and had self-published multiple novels in which he described, in great detail, the shootings that took place in Lakewood. Two of the victims, Cardenas and Swinyard, were even named in his novels.

White supremacy played a major part in the shootings in Lakewood. In his novels, McLeod went on racist rants and was every inch the stereotypical type of person that would commit these despicable acts. In fact, TJ student McKenzy Perkins, who was extremely close to many of the victims, believes that the shootings would not have happened if McLeod was not a white supremacist. According to Perkins, Cardenas purchased the tattoo parlor from McLeod. He was enraged because he was forced to sell his tattoo parlor and business to someone of an indigenous background, sparking a fire that led him to take five innocent lives.

No one expected this tragedy. Those five innocent lives that McLeod chose to take were so much more than their names in news headlines. Steck, the clerk at the Hyatt House Hotel, was known for being a “bright light” in the community. She was an artist, an optimist, and so much more. She was 28 years old, a light snuffed out too soon. Swinyard, who was shot in his home, was an introvert. He was a friend and a boyfriend and loved to play golf. Cardenas was 44 years old. She is survived by her 12 year old daughter. “She always stood for what was right,” Perkins said. Cardenas was never afraid of what others thought about her, she stood up for what she believed in and she will be missed every day. Gun-Maldonado, the wife of Jimmy Maldonado, will forever be remembered for her impact in the tattoo community and on others around her. Scofield, who went by Dano Blair, was a father of three children, a son, and a brother. He was a beautiful soul and inspired many people throughout his life.

These five lives taken on December 27, 2021, will never be forgotten. They were victims, but they were also people with their own lives and their own stories and experiences. They are so much more than what happened to them, and remembering the good in their lives is just as important as understanding the end. Refusing to see the good is allowing McLeod to win, so grieve and mourn and feel the hurt, but always remember them. Remember Alicia Cardenas, Alyssa Gun Maldonado, Michael Swinyard, Danny Scofield, and Sarah Steck. And may the memory of them last forever.