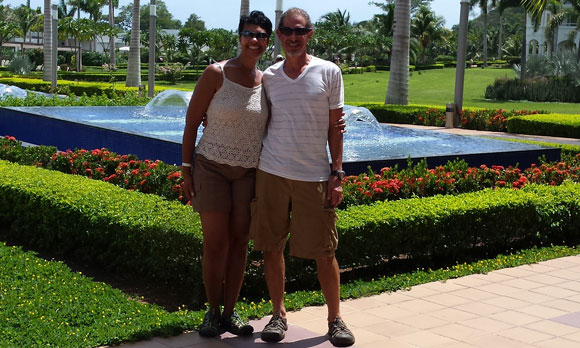 TJ’s beloved new principal is already leaving a legacy, with a bright future ahead.

Suzanne Morris-Sherer has been a principal for the last eight years, the last two of which have been spent here at Thomas Jefferson High School. Before that, Morris-Sherer was the principal at Side Creek Elementary in Aurora Public Schools. Prior to that, she was the Dean of Students and Assistant Principal at Martin Luther King High School for a total of three years.

Morris-Sherer has drastically changed the direction the school is headed. In her first year as principal, the test scores of students greatly improved across the board. This resulted in raising the School Performance Framework (SPF) at TJ from a yellow rated school to a green rated school. In addition, student attendance skyrocketed while tardiness rates plummeted. In her attempts to improve the school, Morris-Sherer has connected and impacted many people along the way. “I really like high school kids, and I didn’t think I would, but I really do,” reflected Morris-Sherer, “I like talking to you all because you can talk on a mature level, and I think the conversations I have with some kids are meaningful and hopefully help them stay on the right path.”

Outside of being an impressive principal, Morris-Sherer is also a dedicated mother and wife. She has been married for over twenty-five years, to a retired Denver Public Schools teacher. “I have two boys, my oldest is Emil, he is a senior at CSU and this semester, since January, he has been in Australia doing a semester abroad in pre-law,” said Morris-Sherer, “My other son is Liad and he is a student at the Auraria campus and he wants to study art, so hopefully he’ll do that in the fall.” She also has three dogs, a tarantula, a variety of fish, and five birds.

Despite only being at Thomas Jefferson for two years, the amount of change she has brought to the school is profound. “Principal Morris-Sherer has helped TJ by providing a more strict learning environment that promotes college readiness,” said senior Dylan Pietrs. Morris-Sherer, above all else, wants all of the students leaving her guidance to be prepared for college, and some of the realities of the world from which high school students are typically sheltered.

Since coming to TJ, Morris-Sherer is most proud of the acceptance of the changes she is making, and the fact that most of the students and teachers in the school have supported the direction she is taking the school. She believes this change is apparent and that “…our kids [are] just really showing that through their academic success – I mean our test scores were incredible.” While her visions of change are impacting the school, she attributes much of her success to making her expectations clear. “It’s really putting in a high level of expectations and holding everyone to it,” explained Morris-Sherer, “but being clear what those expectations are, we don’t have you shooting in the dark.”

All this success has not come without challenges, however, and one of the greatest challenges Morris-Sherer has faced has been reshaping the surrounding community’s perception of the school. “I know there were a number of years that this school was not seen in the most positive light, so my admin team, my teachers and I have worked really hard to bring the community back to this school, and to have them see the great things that are happening here and how great our kids are,” said Morris-Sherer. Now, rather than being known for less than positive things, TJ is known for things like the Homecoming parade, fun new school social events, and the soon-to-be annual bonfire. For the first time ever, TJ has a wait list for incoming 8th graders who wish to attend, which speaks to the much improved the reputation of the school. A recent freshmen orientation night drew over 300 people, all of whom are excited to become a part of the Spartan community next fall.

In addition to creating many new traditions that are sure to carry on for years to come, Morris-Sherer also helped to bring back the longest standing TJ tradition, that of Mr. TJ.  A thirty year old tradition which was ended last year, seemingly for good, was brought back with a passion this year. Morris-Sherer permitted what was previously a raunchy spoof of a male modeling competition to come back, so long as it was appropriate for all ages. Additionally, all contestants and escorts had to have a 3.0 or better GPA, raising the bar for all involved. At the fully appropriate show, there were many young children in attendance, with new interest in TJ and aspirations of being Spartans when it’s time for them to go to high school.

Although she has many large fish to fry as the principal, Morris-Sherer says that what she loves the most is spending time in classrooms and getting a chance to talk to the kids. She has formed many close relationships with the students at TJ, and encourages them all individually to follow their dreams and achieve goals that they set for themselves. “It’s nice to have a principal I know is supportive of my ideas and thoughts and is willing to work with students towards positive change,” said Sarah Puckett, a senior who has been actively involved in the performing arts at TJ.

With all this progress already behind her, Morris-Sherer sets her sights on future improvement continuing to take place as long as she remains in charge. “When I came on board I told all the communities that this school should be a blue school.” She said, “There are great teachers here who are ‘green’ and ‘blue’ teachers. Our kids are getting there, and I don’t see any reason why we aren’t there.” Aside from the general improvement of the student body, Morris-Sherer is also excited for the upcoming renovations to the library and foyer area thanks to the #TJBucketChallenge, as well as the addition of even more college level classes. “We are going to be putting in more concurrent enrollment classes for next spring, and more options to obtain college credit while still in high school because we really want our students to have the opportunity to get college credits while they’re here,” explained Morris-Sherer.

Morris-Sherer is proud of what has been accomplished so far and she looks forward to what the future holds for TJ. With this kind of momentum and leadership, the sky’s the limit for this community.