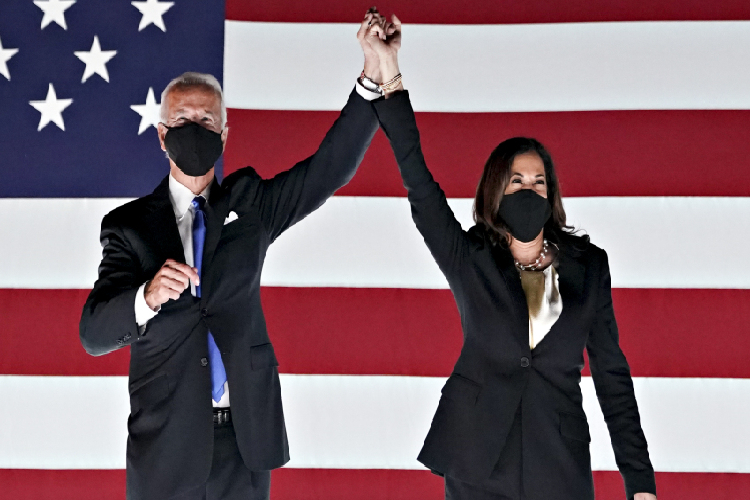 The outcome of the 2020 presidential election created a ripple effect of excitement all around the country.

On Saturday, November 7th, 2020, the media called the presidential election a win for former Vice President Joe Biden and his elected vice president, Senator Kamala Harris. With the news of his win, there was a wave of relief and joy that washed over much of the country. To a lot of people this was a new beginning with Donald Trump losing the election and leaving the White House. Since COVID-19 hit, there was a lot of dispute about mail in voting, though it became critical in this election. Counting the ballots became more difficult; it took a while to get results from states, and there are still arguments about who has truly won each state’s electoral votes, but the media has made it pretty clear that Biden and Harris will be inaugurated in January 2021.

From New York to California to around the world, people were excited and given new hope for the future by the election of Biden. Leaders of countries around the world were commenting and congratulating Biden and Harris on their win. Tweets from U.K. Prime Minister Boris Johnson, Indian Prime Minister Narendra Modi, German Chancellor Angela Merkel, Belgian Prime Minister Alexander De Croo, Canadian Prime Minister Justin Trudeau, European Commission President Ursula von der Leyen, and French President Emmanuel Macron are just some of the people who share America’s joy of Biden being elected. Indian Prime Minister Narendra Modi tweeted, “Your success is pathbreaking, and a matter of immense pride not just for your chittis, but also for all Indian-Americans. I am confident that the vibrant India-US ties will get even stronger with your support and leadership.” While in a completely different part of the world, the mayor of Paris Anne Hidalgo tweeted, “Welcome back, America!” There was relief and a pride not just in the States but in countries the US calls allies.

All over social media, such as Tik Tok, Instagram, Snapchat, and Twitter, people were reacting to the news of Biden’s win. There were edits, posts, tweets, and stories being made, with certain people showing their pride in their president for the first time in four years. When people in New York got the news, the sounds of honking, cheering, and music surrounded the city. This happiness was everywhere and will hold great significance to many people. This was the day that little black and brown girls could look at the vice president of the United States and say, “She looks like me.” This was the day that older strong women of color could look at their country and their government and be proud.

Many people in the United States took a deep breath as the winner was announced. Biden said in his speech to address the nation that he pledges to be a “president who seeks not to divide, but to unify” and he said that he has hope for our country to be “a nation united, a nation strengthened, a nation healed.” He said many things in his speech that gave a lot of people a reason to trust him; they were inspired by his words and have put their confidence and faith in him. There was no shortage of celebrations throughout the country and the world as the United States began its new journey under President Joe Biden and Vice President Kamala Harris.