Live From “The Green House” 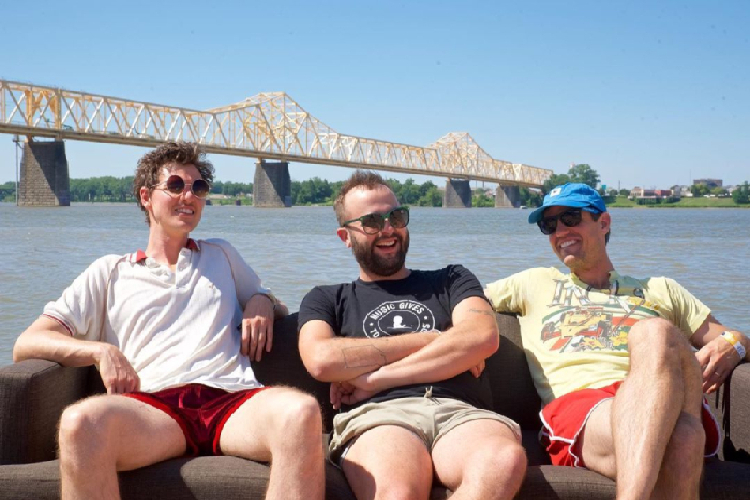 One band is adapting to the challenges presented by COVID-19 by finding new ways to perform.

Tours and live performances are a crucial part of any band’s career. From playing local bars and small venues like Denver’s own Bluebird Theater to selling out large stadiums and amphitheaters like Red Rocks, concerts define a band’s success. They form an intimate connection between artist and audience.

As the warm weather began to roll around this past spring, many bands and artists looked forward to kicking off their summer tours and continuing to form this connection with their fans. Houndmouth, a blues rock band based in New Albany, Indiana, was no exception. Coming off a five-month break from touring, the band was eager to get back on the road. Unfortunately, their plans of an early summer tour came to a sudden halt as the Coronavirus made its way across America. Houndmouth, like so many other bands, was left unable to perform live, one of the most fulfilling parts of their careers as musicians and one of the biggest ways they support themselves and their families.

The band, which consists of Matt Myers on vocals and guitar, Zak Appleby on bass, Shane Cody on drums, and Katie Toupin on keyboard and vocals, came together back in 2011 when they released their self-titled EP. They quickly gained traction in their hometown of New Albany and were invited to play at the SXSW music festival in 2012. Shortly after, they signed with Rough Trade Records. The next four years were filled with success for the band as they released their first LP From the Hills Below the City in 2013 and then their sophomore LP Little Neon Limelight, featuring the number 1 radio single “Sedona.” During this time, the band wrote and rehearsed at their historic Indiana home, built in 1857, which is affectionately nicknamed “The Green House.” They were invited back to SXSW in 2015, where they debuted Little Neon Limelight. Soon, they were playing in cities from Nashville to San Francisco to New Haven.

In 2016, keyboardist and vocalist Katie Toupin departed from the band to pursue a solo career, leaving the band to reinvent themselves. In 2018, they did just that, releasing their third LP Golden Age, a highly experimental album. Reimagining the typical sounds of Houndmouth, Golden Age explored an entirely new side of the band. The album was not as well received as the previous ones, likely because it strayed so much from Houndmouth’s signature sound, but the band did not seem to mind. They still embarked on a tour, playing a combination of songs off all three of their LPs as well as new, unreleased music. At the end of this tour, in December of 2019, Houndmouth fans knew it was only a matter of time before they would have a fourth album in their hands.

Fast-forwarding to March of 2020, most of the country is on lockdown, including Myers, Appleby, and Cody. Likely missing the thrill of performing in front of a live audience, the band posts a minute-long video to their Instagram with the caption “We’re going to be releasing a series of live recordings from our place, The Green House, in New Albany, Indiana.” The video begins with Myers opening the front door to the viewers as Appleby walks down the stairs playing the bass and Cody sits at the drums. The next minute is filled with that classic Houndmouth sound, leaving their fans ecstatic about what new music would come next.

In the following four months, Houndmouth released five new songs, each posted to their YouTube channel. The first was a song called “Good For You,” an unreleased song they had been playing on their previous tour. The second, an obvious fan favorite, was a song called “Southside.” The third and fourth songs released were old songs that had never made it onto an album called “Jackie” and “Game Show.” The most recent song was one called “Locomotive Midnight.” The videos showed the band in their historic home, where they have been playing music together since 2011. The atmosphere “in the room” was incredibly casual for both the band and their viewers. The men wore flannels and T-shirts and laughed as they sang. Each song featured the vocals of a different band member, and they played different instruments each time. The sounds were raw and genuine. This was as close to a perfect “live performance” as anyone could get to during a global pandemic.

“The Greenhouse Tapes” that Houndmouth released helped them and their audience through the devastating effects of COVID-19. The band got to share their music “live,” and the videos gave fans something to look forward to, tasking them with learning all the words to the new songs. The videos helped both the band and the audience to feel that intimate connection that a concert would bring.

Houndmouth has no plans to stop connecting with their audience, even through the pandemic. In addition to participating in many livestream performances to benefit organizations like Sweet Relief Musicians Fund and Black Lives Matter, the band has also come up with a new way to perform. As the country slowly began to open up over the summer, Houndmouth took the opportunity to have their first drive-in concert in Chicago, Illinois, which was a wild success.

While live videos and drive-in shows certainly do not bring the same experience as a live concert, they still allow for intimacy and connection between artist and audience during the COVID era, something that is not going away anytime soon. These new types of performances show the resilience and dedication of artists and bands to their music and to their fans.