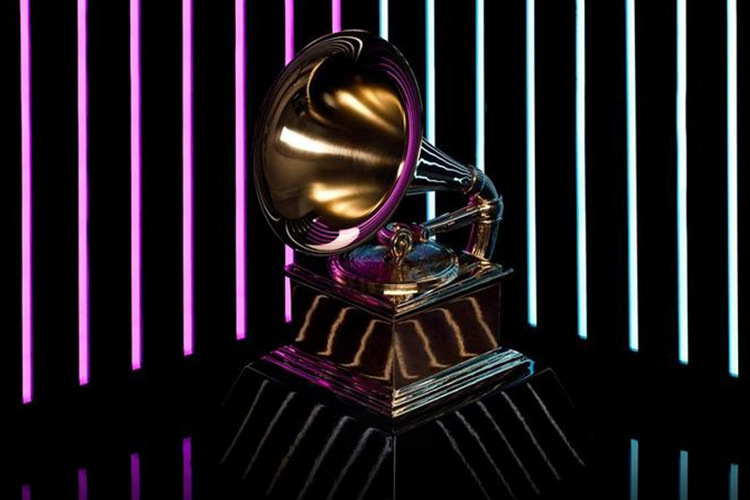 This year’s Grammy Awards ceremony was a successful night of excitement for winners and uplifting musical performances by artists who swept the night away. photo from grammy.com

Although our world has been transformed by the uncertainty of public events and gatherings, the Recording Academy has made it possible to celebrate the outstanding music that has kept people connected. After being postponed for two months due to concerns for the rapidly spreading Omicron variant of the coronavirus, the 2022 Grammy award ceremony took place on April 3rd at the MGM Grand Garden Arena in Las Vegas, Nevada. Not only were the attendees members of the Recording Academy, but also members of a wide variety of groups outside the academy, including the general public, press, museum, and so forth. What made the ceremony a momentous occasion was the eye-catching artists who finally touched the clouds or simply continued to pursue success in their career field, winning one or more of the most prestigious awards in music.

The artists who lit up the night were mainly Jon Batiste, Silk Sonic, and Olivia Rodrigo. These are individuals whose talents earned them the joy of walking away with the top academy awards. Batiste, the talented American singer and songwriter who released some of the most popular jazz music of the year, boosted his award count to five by the end of the night. Batiste’s 2022 Grammy awards include Album of the Year, shining the light on his hit album “We Are,” and Best Music Video for his song “Freedom” which he performed, making the night more glorious and memorable. Considering Batiste’s growing success in the music industry, it would come as no surprise to see him move forth in creating more admirable work in the near future.

Batiste was not the only star to rise to the occasion as Silk Sonic also took the spotlight by winning four awards in one night. Silk Sonic is considered to be a “superduo,” consisting of the well known artists Bruno Mars and Anderson .Paak, who have produced music in a multitude of genres, including—but not limited to— R&B, rap, hip-hop, and soul. To make this duo even more successful, their success rate at this year’s ceremony was 100%. Being known as a “clean sweep,” the duo amazed the audience by winning four grammys out of their four nominations. They won Record of the Year, Song of the Year, Best R&B Performance, and Best R&B Song for “Leave The Door Open.” Silk Sonic also put on a stellar performance of their song “777,” bringing top entertainment to the stage.

The young female pop artist, Rodrigo, shed tears of joy with a glowing smile after winning three of her seven nominations for the year. Rodrigo started in the entertainment industry as a lead actress in the Disney television programs Bizaardvark and High School Musical: The Musical: The Series, like most young stars who have risen to fame. Since then, she has journeyed deeper into the music industry and released some of the most trending pop music among younger generations since 2021 at 17 years old. Today, at the age of 19, she has won Best New Artist and Best Pop Vocal Album for her music in her debut album “Sour,” as well as Best Pop Solo Performance for the heartfelt song “Driver’s License”—which makes most emotional teenage girls turn up the volume to the max. She also put on an enchanting performance of “Driver’s License” in striking fashion, demonstrating an embracement of emotion to complete one of the most memorable night’s of her career. Rodrigo’s professional development over merely two years has demonstrated her potential to continue producing elevating pop music while inspiring millions of youth to chase their dreams and live life to the fullest.

Nonetheless, the 64th Grammy Awards ceremony was an emotional night that guests and home viewers will remember in the best way possible. Many other artists and producers won awards that have defined their legacies in the music industry, such as Doja Cat, Foo Fighters, and CeCe Winans. All winners and nominees worked hard to earn the honor of being listed in this prestigious awards ceremony. Throughout this magnificent night of music, gifted artists took the stage with confidence and pride in their hearts, tears of happiness were shed for the great musical accomplishments, and cheers of joy filled the arena in support of the artists who have brought the beauty of music into the world for millions of people to hear. The artists of the 2022 Grammys have set the standards impressively high for the next round of artists who will strive to match their legacies at the 2023 ceremony.