More Than Just A Rainy Day 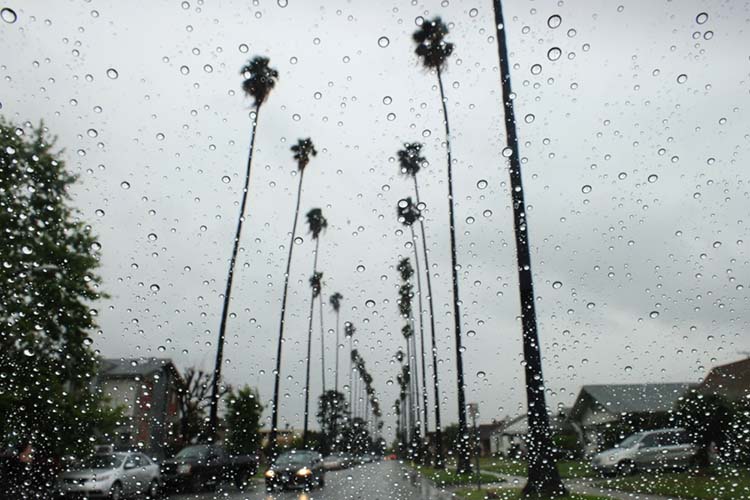 California’s precipitation levels heavily exceed historical measurements, but will this bring the state out of a drought?

After a dreadfully dry year, the state of California has concluded that they received more precipitation within the last three months of 2021 than the previous nine months of the entire year. This has made it clear that the increase in snow and rainstorms was sudden and unexpected for residents to handle. There were many observations made of weather catastrophes statewide in which locals faced a multitude of transportation challenges due to the heavy storms. The Sierra Mountains were buried in over 200 inches of snow in the month of December alone, resulting in many locals and vacationers in the mountains being snowed in and unable to travel. Pasadena had water violently streaming through arroyos that were dry and deserted merely weeks prior. Throughout the state, many coastal and central communities are witnessing the vibrant greenery that resulted from being drenched in rain. On a statewide scale, 33.9 trillion gallons of water fell over the course of a three month wet season, which ranged from October 1st to September 30th, accommodating for the wet winter months and the additional spring runoff. This period of three months has surpassed the previous year’s total measurement of 33.6 trillion gallons of rainwater.

Since the state has been in a devastating drought for many years, researchers and scientists have had many questions arise about California’s chance of recovery due to these high precipitation levels. The main question is, will this heavy dose of wet weather bring California out of its drought? Although all of the moisture has provided a much needed boost to statewide drought conditions, experts have claimed that California must maintain this wet weather trend in order to escape its continuous dryness. Noah Diffenbaugh, a climate scientist at Stanford University, commented, “Those [precipitation] deficits have been so pronounced through so much of the state that it will take more than one normal year to overcome, and we don’t know how this year will ultimately play out.”

However, with this being said, there is still the possibility for more promising conditions. Diagrams have shown the massive improvements the state has witnessed in those three months alone as they depict the many areas that were once in an exceptional drought are now in only severe to extreme drought. These areas tend to be more centrally located in the state, leaning more towards the southern regions. For instance, the renowned city of Los Angeles was in extreme drought as of November 30th and was only seen to be in severe drought as of December 28th. This slow but consistent progression will eventually bring profound improvement to these areas in terms of population health and accessible resources, especially in highly populated cities such as Los Angeles.

Even this slightly wetter outlook can come as a welcomed change for the severely parched state. In the prior nine months of 2021, their overall record breaking heat and dryness contributed to the devastating wildfires that burned more than 2.5 million acres of land and demolished thousands of homes. However, this drowning of heavy rainfall and snowstorms will likely allow the state to successfully recover from the environmental catastrophes they have faced in the past. In a year-end update, officials at the California Department of Water Resources said these December storms offer a “glimmer of hope,” although it is evident that more would be needed “before [California] can be in a place where drought conditions are no longer of concern.”

These increasingly high levels of precipitation that occurred over the course of merely three months have brought a sense of hope to the people of California. Since the state has encountered a multitude of environmental destruction in the past, due to certain aspects of climate change, it is righteous that they have received these minor yet well-deserved improvements in their water supply. If these weather conditions continue for future years, the state may be able to thrive once more and provide for the nearly 40 million people who depend on the quality of life that California strives to create for them. Although most scientists believe that this trend was temporary and not guaranteed to continue, it created a significant boost in the state’s water supply for a brief moment and has given the people aspiration that California’s drought conditions may become less severe, slowly but surely, over time. All in all, hope has quite literally rained down onto the most populated state in the nation.