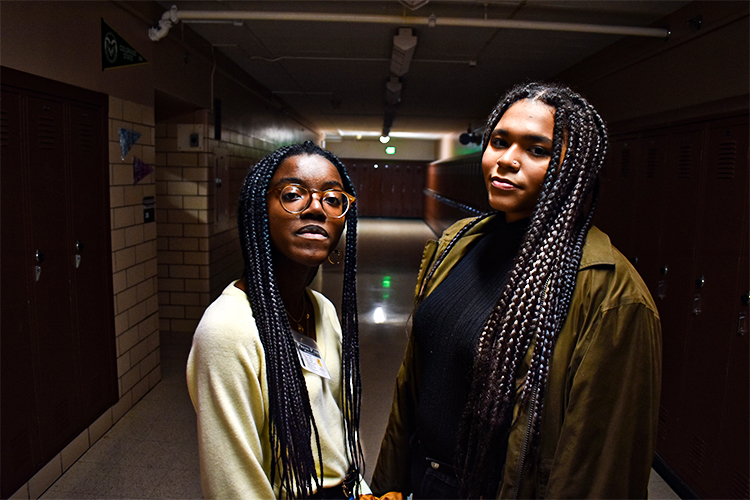 It is critical to try to understand different cultures. (Jael Iyema and Halle Payne) photo by AJ Domagala

Black culture is a complex entity that needs to be understood and celebrated.

For centuries, African and Black American men and women have worn braids. Their box braids, cornrows, Bantu puffs, afros, and twists have been a blueprint of American culture for decades. The history of braids traces all the way back to Africa 3500 BC, and braiding techniques and hairstyles have been evolving ever since. Braids have been admired across the world by others who are not Black or African and have also been mocked and copied by other cultures and communities, causing an upset in both the African and Black American communities. What others might not understand is that for years, African and Black women have been dehumanized, fired from jobs,  and in some cases publicly humiliated for their hairstyles; as a result, these painful factors can make someone from another culture feel lost as to how they can appreciate or admire an African or Black American person’s hairstyles. As an African American and someone who has been publicly humiliated and mocked for my hair, here are some ways you can appreciate our culture.

In my father’s tribe (the Mongo tribe of the Democratic Republic of the Congo) along with many other tribes in Africa, braids were used as a way to identify someone’s tribe, marital status, wealth, power, age, or religion. One was able to know almost everything about a person based on the braiding patterns and technique on that person. Braids do not just go back to the 21st and 20th century, according to “More than A Hairstyle: How braids were used to keep our ancestors alive” an article by blackdoctors.org: “Depictions of women with cornrows have been found in Stone Age paintings in the Tassili Plateau of the Sahara, and have been dated as far back as 3000 BC There are also Native American paintings from as far back as 1,000 years ago showing cornrows as a hairstyle. This tradition of female styling in cornrows has remained popular throughout Africa, particularly in the Horn of Africa and West Africa.” Braids may have been used as a way to identify or as a way of culture, but also as a way of survival. African women would braid rice seeds into their children’s hair or their own hair, so if they became separated the child could undo their braids and eat the seeds as a survival technique; if they were enslaved or on their way to enslavement, they would not go hungry.

Now that you have understood the history, here are some polite and appropriate ways you can appreciate Black American and African American hair and culture.

I hope this guide has provided you with a deeper understanding of Black and African culture. It is important that people of all cultural backgrounds understand and celebrate the history of each other’s culture. Together we can prevent discriminatory and offensive actions.