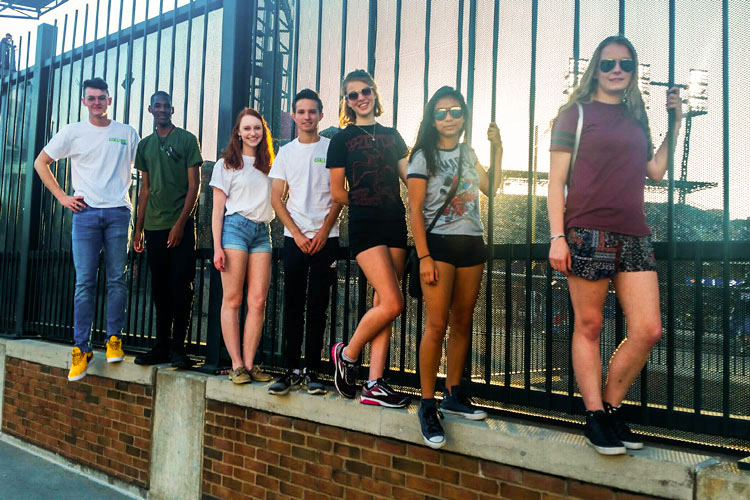 After placing first in DPS, TJ’s Challenge 5280 team attended the Allied Media Conference in Detroit to learn about equity.

Oftentimes the influence of modern media, defined as a means of mass communication, is taken for granted. This is made evident by the countless articles that are written every day regarding the misinformation normalized by figures who have been given a platform from which to speak. These stories are all too familiar, and while it is necessary to point out the wrongdoing, these oustings end up casting a negative light on social media sites that are not the source of the problem. The aftermath of these exposés ends up pushing away users who see these situations and choose to not use the product. Striving to change this trend, the Allied Media Conference (AMC), held every summer in Detroit, Michigan, goes above and beyond, their mission statement being, “to share and support models for using media for transformative social change.” The TJ Challenge 5280 team got the chance to represent Denver Public Schools at this event following their first place finish at competition last April.

Celebrating its twentieth anniversary this year, the Allied Media Conference has been networking with individuals and groups spurring change in their communities for longer than some of its attendees have been alive. The organization aims to solve issues of social justice facing our society today. These issues include gentrification, cultural appropriation, and almost anything that could be vaguely tied to social inequality. The group itself does not directly solve these problems, as there is already at least one person working on rectifying them. Rather than interfere with the progress already made, AMC starts the conversations necessary to break down the barriers to progressive rationale in these subjects on a larger scale, as well as bringing people  who are the most educated about the topic together. This year, the conference’s keynote speaker was Tarana Burke, the founder of the #MeToo movement, who spoke about the power that every voice innately carries.

This year the event was held at Wayne State University in Detroit, Michigan, as well as other small venues in the area.  The Spartans in attendance were 2018 graduate Sophia Ward, with seniors Joe McComb, Malia McDorman, Logan Cecil, and juniors Mariah Crews, Bianca Escobar, Erin Maloof, and Gwen Plue, along with students from Martin Luther King Junior Early College, Denver School of Innovation and Sustainable Design, and Young African American and Latinx Leaders. Joe McComb said, “[The event] was interesting, it definitely opened my eyes up to a whole new way of thinking.” The conference pushed people to step out of their comfort zone in order to expand their perspective, and the team unanimously felt as though it accomplished that goal. On this experience, Ward, 2018 graduate, said, “It did feel uncomfortable at first, but understanding how others feel is the first step to gaining their trust.”

Instead of viewing social media through the lens of negativity and falsehood that it is so often attributed, perhaps view it as an instrument for broadening social understanding and sparking positivity in a world that could always use a little more brightness.