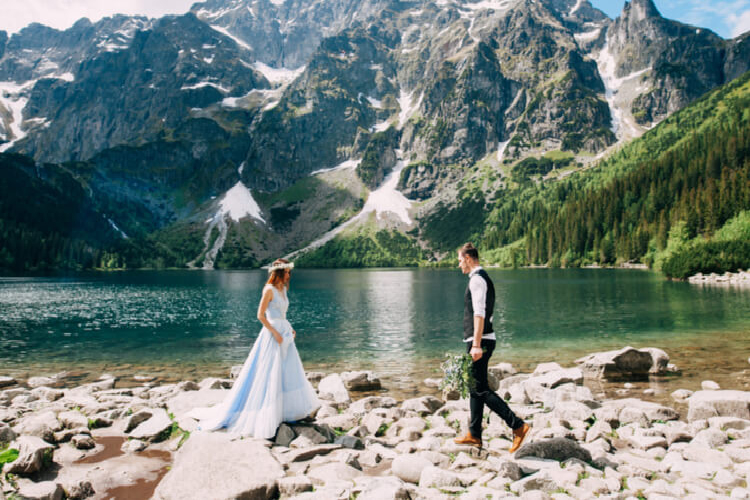 Your future wedding and celebrity spouse will bring happiness into your life. photo courtesy of Denver Charter Bus Company

There are many reasons why you should consider marrying a celebrity.

Some people might think that marrying a celebrity is an absurd idea. In reality, there are so many pros that occur in your life and your future spouse’s life. Although Insider says, “Marrying a celebrity takes coordination and communication,” it is very possible for there to be a successful marriage between a celebrity and a “normal” person who does not live in the constant spotlight.

A positive aspect of marrying a celebrity in your lifetime is that you would not have to worry about debt. The important thing is that you are marrying your partner for their personality and great characteristics, but being a celebrity comes with economic advantages. For a lot of people, student debt can be very stressful, but they still want to experience the college atmosphere and gain experience in their future careers. If you married a celebrity, you would not have to stress about all the money you owe to the university you attended because your spouse could help you financially.

Another reason you should marry a celebrity is that you will be able to meet new people. There are a lot of cool celebrities that have unique stories and personalities. Once you marry a celebrity, you will be able to personally meet other celebrities and make genuine friendships. The people you meet could also help you pursue your interests because they have other connections. As you marry a celebrity and adapt to the new lifestyle, you will be offered more because of your status. The article “Would You Do It? The Pros and Cons of Dating A Celebrity” claims, “A whole new world has opened up to you. Instead of waiting on lines… you’re ushered right into the VIP section” (Iva).

Marrying a celebrity can also allow you to travel around the world. Most people dream about seeing new places while traveling with the people they love. The money your celebrity partner has allows you to see sights that you have never seen before. You could even have houses around the world that you could go to and relax. You would be able to make memories with friends and family when spending valuable time with them in fun and different locations if you marry a celebrity.

You are able to experience many positives when you marry a celebrity, but they also benefit from marrying you. A celebrity could be humbled when marrying a “normal” person because they realize how good of a life they have. Even when times are hard they are able to have many advantages in their life and they would gain that changed perspective when marrying someone like you. Another benefit that occurs in a celebrity’s life when you get married is that the spotlight and paparazzi will not be focused on them as much anymore. When a celebrity marries a normal person, after a while their life together will not be as exciting in comparison to other celebrity power couples.

Although marrying a celebrity can come with disadvantages like paparazzi being involved in your life, you will have each other when going through difficult times. The spotlight could be on you in the beginning, but the spotlight will fade because people are not going to be as focused on a celebrity marrying a normal person like yourself. There is a lot of drama that occurs in LA and in other celebrities’ lives, and you will not be the main focus forever. The disadvantages of marrying a celebrity are heavily outweighed by the advantages that will come in both you and your partner’s life and the struggles will be worth it because of the happiness you will bring each other.